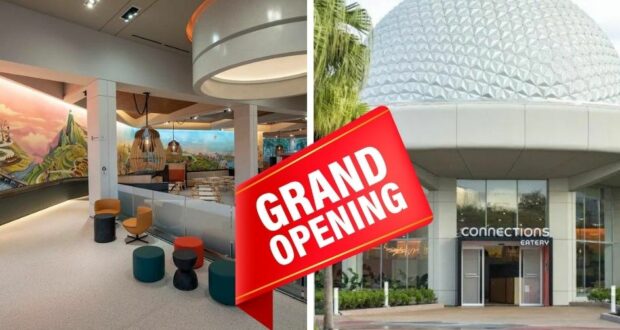 The Disney Parks Blog has announced the opening date for EPCOT’s newest quick-service restaurant, and hinted that Disney Guests who are visiting EPCOT this week are going to be rewarded with a special “sneak peek”!

Burgers are going to be a big highlight on the menu of the Connections Café & Eatery, with offerings like a French Bistro Burger, Banh Mi Burger, Southwestern Burger, and Greek-inspired Mediterranean Burger offering plenty of flavorful variety for customers.

🚨 This is not a drill! Connections Café & Eatery officially opens at EPCOT on April 27! Can’t wait until then? Get a sneak peek inside: https://t.co/8GtfF2WQoA pic.twitter.com/mIwezCieaI

As part of the opening date announcement, the Disney Parks Blog has also shared a look at the interior design involved with the new fast-casual restaurant. Apparently, this eatery actually “features nods to Walt Disney’s original plans for EPCOT”, including “three original floor inlays inspired by Walt’s 1966 ‘Florida Project’ site plans” which are shown below! 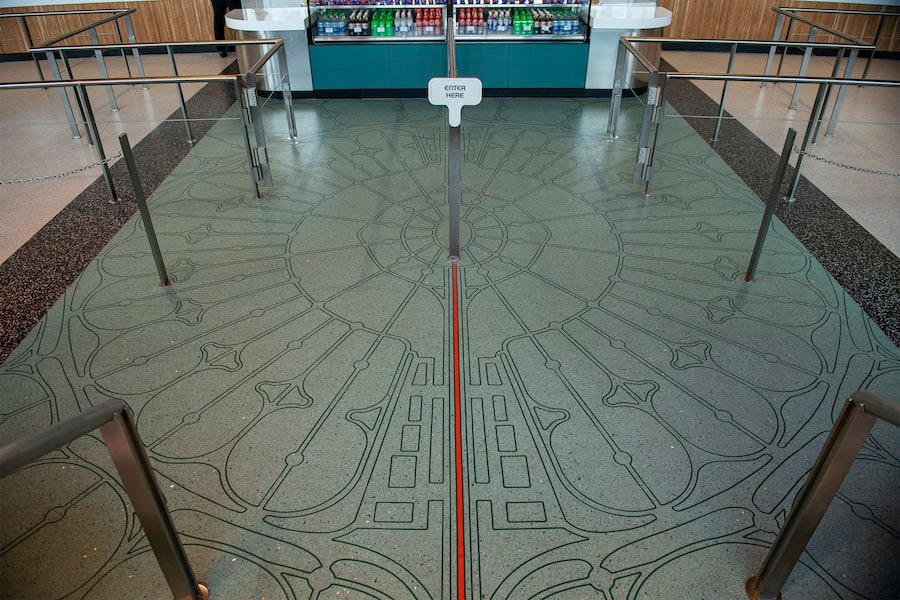 Variety isn’t just going to be found on the Connections Café & Eatery’s menu; there will also be some variety within the quick-service restaurant’s structure. On one side of the restaurant will be an opportunity for lunch and dinner fare; on the other side, pastries and some lighter coffee-shop fare will be offered for EPCOT Guests.

The Connections Café and Eatery can be found near Spaceship Earth in the World Celebration neighborhood, so Guests will also be able to view a “Xandarian Starblaster on one side” of the eatery. An eye-catching “Global Gathering” mural apparently “depicts the heart of this restaurant”, which is “people from around the world gathering around food”. This mural is one of the largest murals ever made by Walt Disney Imagineering, which is impressive considering Walt Disney Imagineers’ many achievements! Be sure to spend some extra time observing the intricate detailing in this mural — in between watching chefs cook in a trio of entertaining “show kitchens” and enjoying the delicious meals that they’re creating, of course! You’ll also want to observe the international collection of coffee pots and teapots being showcased in a special display, as seen below.