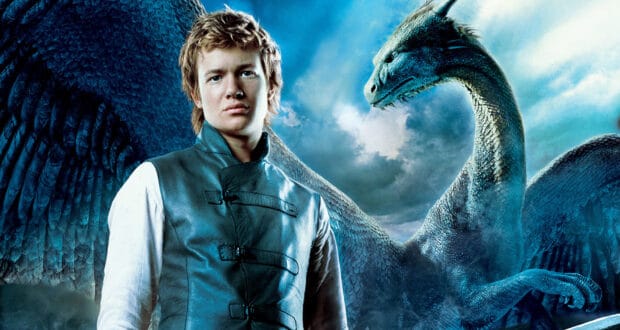 For fans of Lord of the Rings or Star Wars, the Inheritance Cycle series was a welcome fantasy series back in 2001 when Christopher Paolini (a fifteen-year-old) first self-published it. The first book, Eragon, tells the tale of the protagonist, his dragon Saphira, his mentor Brom, and their quest to make Eragon a Dragon Rider in the face of obstacles like the evil king Galbatorix. “Eragon” was given a movie adaptation in 2006 by 20th Century Fox, and even though the Eragon movie featured satisfactory special effects and well-established talents like Once Upon A Time‘s Rob Carlyle and The Lion King‘s Jeremy Irons, it was soundly rejected by fans. Christopher Paolini himself has acknowledged that he’s not thrilled with the movie, and is a supporter of the popular hashtag #EragonRemake. Recently, the Eragon film was added to Disney+, and Paolini celebrated on Twitter:

While the average viewer might be surprised by Paolini’s double-edged message–praising the movie’s addition to the streaming service while also requesting that it’s redone–anyone familiar with the #EragonRemake campaign will understand why the author is capitalizing on the temporary extra media attention. Paolini and his fans have been on a mission to get an Eragon remake in the version of a TV show, with Disney, since June 20th. So far, Disney has turned down this opportunity, but the #EragonRemake effort continues. 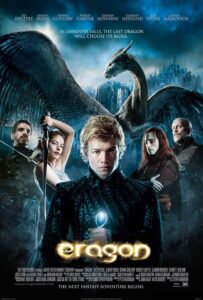 Fans are eager to get a series that will actually match the books’ potential (the series contains in-depth fantasy realms belonging to elves, dwarves, and dragons, as well as complex battles and magic that wasn’t fully fleshed-out in the movie), and they think that a TV show would better suit the storylines. 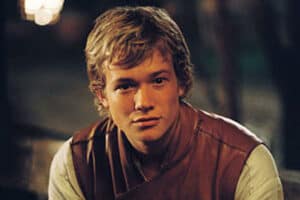 Whether the #EragonRemake succeeds or not, the 2006 movie is now available on Disney+. Go watch it and tell us what you think!