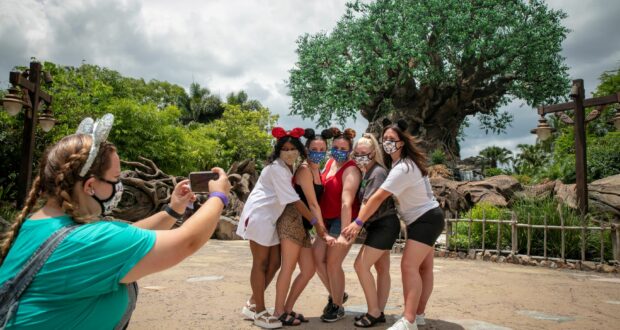 Welcome to the Animal Kingdom at Walt Disney World Resort in Florida! As the youngest of the four major theme parks, having first opened to the public back in 1998 (on Earth Day), it is also arguably the most unique with its distinguishable differences and one-of-a-kind diverse offerings. From the living animals you can expect to find here to more elusive, cryptic themes and other worlds, you undoubtedly have plenty of questions about visiting this Park. Here’s a list of our 10 top questions and answers to help you along the way. 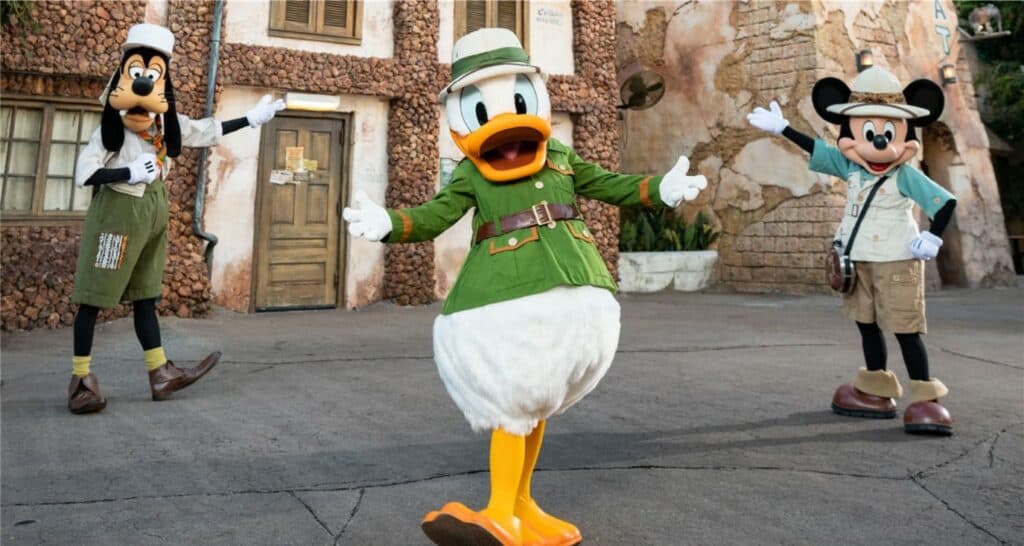 10. What distinguishes Disney’s Animal Kingdom Park from other Disney Parks?

Answer: Disney’s Animal Kingdom is truly a unique Park unlike any other Disney Park to date. Aside from offering the usual rides and attractions that theme parks are frequently famous for, Animal Kingdom Park doubles as an actual real-life working zoological Park, serving as a living habitat and home to approximately 2,000 exotic animals (more than 300 species). In many ways, the Park is the answer to a long-overdue dream come true, which Walt Disney had when he originally conceptualized his now-famous Jungle Cruise attraction. Walt’s original vision was to feature real-life animals throughout the ride, but it was not possible due to the unpredictable nature of wild animals and other obvious Disneyland limitations. 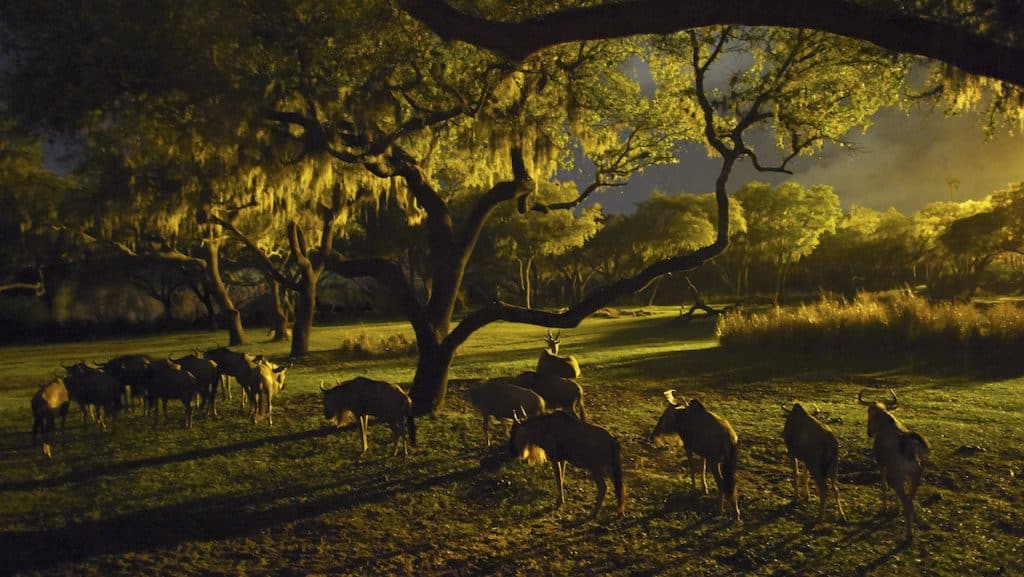 Therefore, settling on lifelike animatronic animals was the next best thing. Many years later, the size of the new Animal Kingdom Park, with its meticulously designated yet hindered protective barriers, spacing, and onsite professional staff on hand, allowed for the vision to at long last become a reality. And in getting back to the Park’s size, it should be noted that out of all 12 Disney-owned theme parks across the globe, Animal Kingdom Park holds the claim to fame for being the largest, comprising of a grand total of 580 acres!

9. Which characters can I expect to see here, and how are altered interactions being implemented?

Answer: As is the case with other parks at Walt Disney World Resort, typical character Meet and Greet interactions have been temporarily suspended in lieu of the recent public health crisis. Therefore, Disney has been doing all that it can to devise clever ways in which Guests can still see all their favorites. 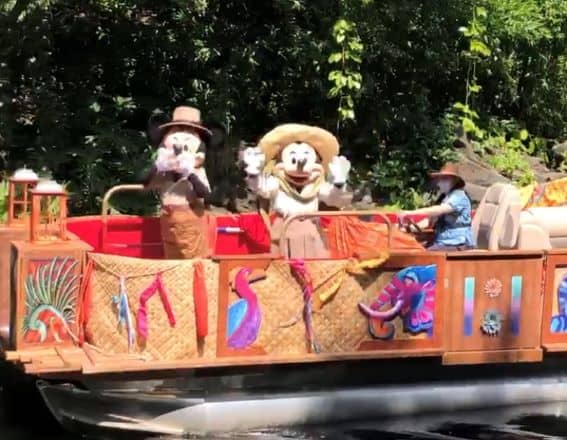 While many parks have turned to character cavalcades (mini parades at random) or surprise in-park appearances at designated spots to satisfy their need to see Disney friends, Animal Kingdom Park has enacted a creative “flotilla” response. This means that various characters have been floating on by on their own boat floats down Discovery River, allowing for Park visitors to catch a glimpse, wave, and deliver a shout-out to their favorite characters. 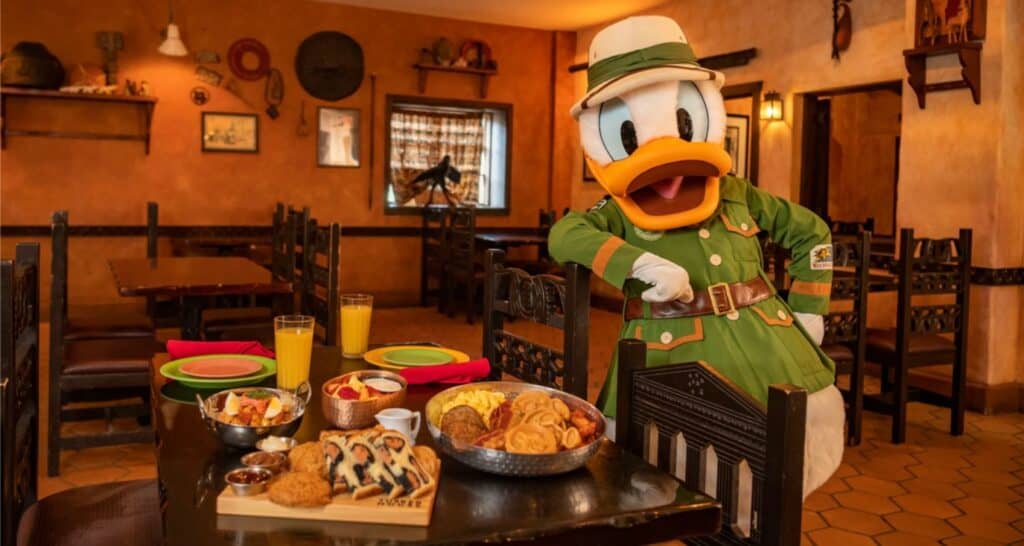 Here are some of the character flotillas to be on the lookout for The Mickey and Friends Flotilla with Mickey, Minnie, and Pluto; The Discovery Island Drummers Flotilla of performers; The Discovery River Character Cruise, featuring either Pocahontas and Meeko or Rafiki and Timon from The Lion King alternately; Donald’s Dino Bash Flotilla with Donald, Daisy, and Launchpad McQuack, and the Goofy and Pals Cruise with Chip and Dale decked out in dino-themed garb alongside everyone’s favorite goofball—the one and only Goofy.

8. Each Disney Park has its own various lands within it. Which lands make up the Animal Kingdom, and can you share a little bit about each land?

Answer: The Animal Kingdom is divided into six separate sections: Africa, Asia, DinoLand U.S.A., Discovery Island, Rafiki’s Planet Watch, The Oasis, and its newest land—Pandora – The World of Avatar. It goes without saying that the lands of Africa and Asia focus around those two continents thematically, in regards to décor, shopping, dining, and even native animals and plants to be found there. DinoLand U.S.A. centers around those famed now-extinct creatures that long ago walked our planet. Discovery Island is that primary location comprised of dense walking trails, animal interactions and is surrounded by Discovery River. It also boasts the Park’s official iconic symbol of representation—the one and only Tree of Life. 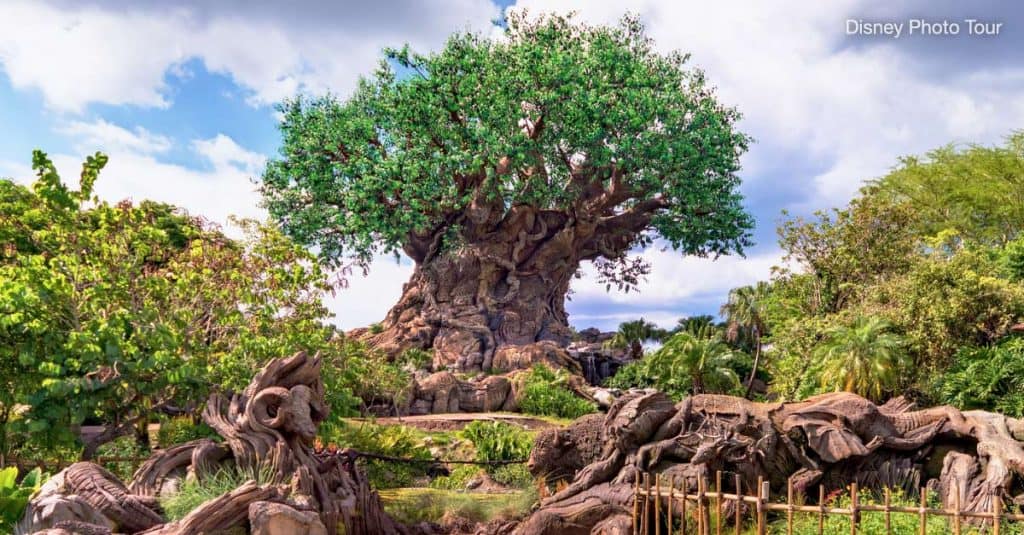 Accessible only by train, Rafiki’s Planet Watch is a unique area Guests can visit to learn about (and witness firsthand) conservation practices and routine veterinary procedures happening onsite. It’s an engaging educational stop-off and also features a fun, interactive petting zoo. The Oasis is, as you guessed, an oasis—a peaceful walkthrough section laden with dense vegetation, wild plants, and is perfect for spotting various exotic birds and other creatures. Pandora – The World of Avatar is the first land of its kind, representing the only otherworldly land focusing on purely fictional species and not even of this planet. In following the popular Avatar film franchise, attractions here are themed after Pandora’s unique representation of an overall civilization not to be found on Planet Earth but celebrated just the same.

7. What options for dining can one expect to find here?

Answer: While it’s a given that you’ll find plenty of quick-service spots to grab a bite to eat at, folks looking for full table service options within Animal Kingdom Park can take delight in these five fabulous suggestions: 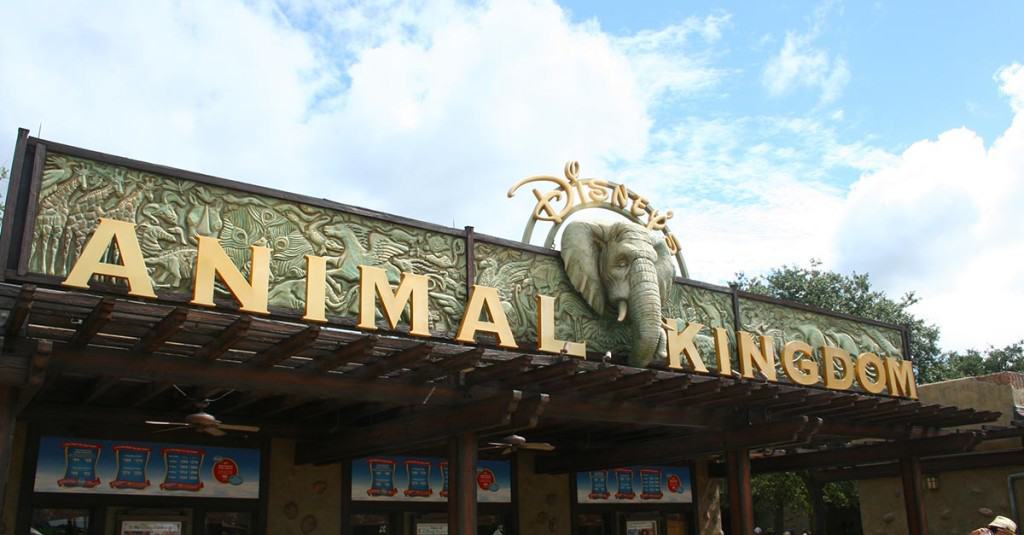 Rain Forest Café—This well-known chain restaurant, popular for in-house replica animals and special effects (including regular intervals of in-house thunderstorms), is a top suggestion for families looking for a fun, interactive sit-down meal, open throughout the day and offering all three meals.

Tiffins—As the Park’s first and only signature restaurant to date, Guests can indulge in fine, sophisticated fusion cuisine offerings for lunch and dinner, all inspired by the very best in Asian, African, and Latin fare.

Nomad Lounge—As the adjoining, the more low-key neighbor next door to Tiffins, the same global theme and cuisine inspirations make up the menu here as well, in addition to a host of delightful spirited beverage offerings (and non-spirited imitations in addition).

Yak and Yeti—This, Nepalese-inspired restaurant, open for lunch and dinner daily, provides some of the very best pan-Asian-inspired fusion cuisine classics, and the novel takes on traditional dishes alike.

6. What are some of Animal Kingdom’s top-related rides? 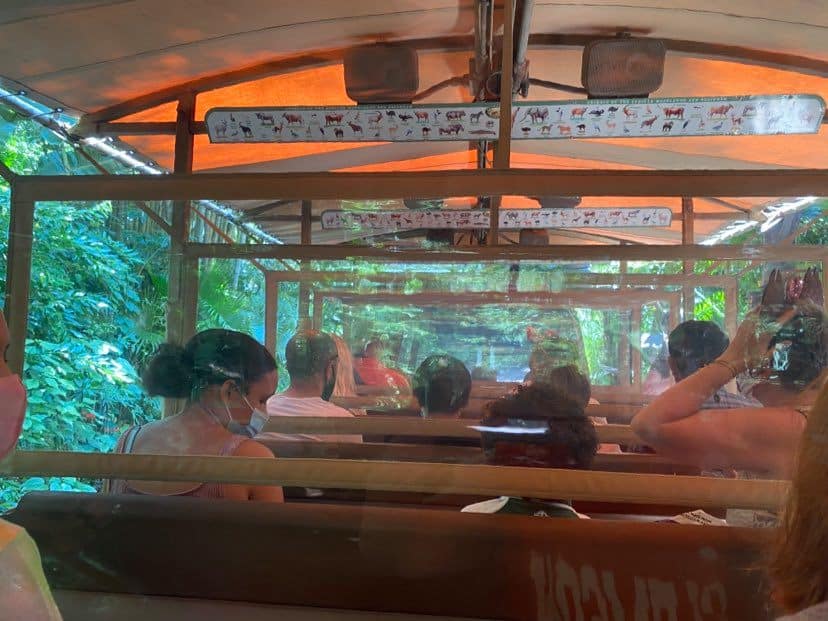 5. Beyond the rides, what other notable attractions does the Park boast?

Answer: Shows, musical entertainment, and onsite interactive engagements also make up some of the must-see attractions the Animal Kingdom has to offer. While some highlighted hits, like the famed puppetry show Finding Nemo—The Musical, remain at a temporary halt, here’s a look at what’s currently available in the way of activities and viewing attractions: 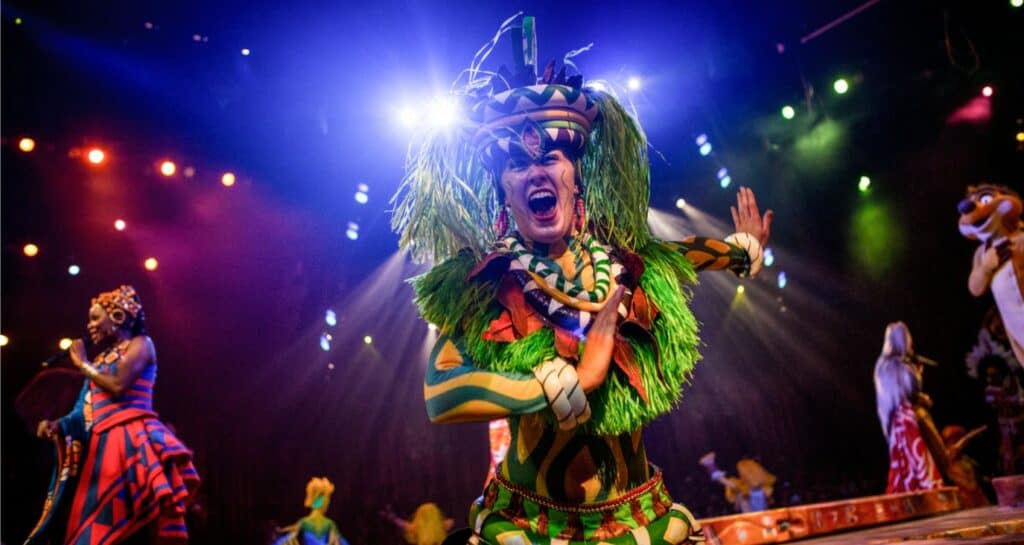 Answer: The Animal Kingdom neither hosts fireworks nor regularly scheduled parades. Owing to its unique nature as a haven, home, and sanctuary to thousands of living creatures, Disney is dedicated to creating a peaceful and tranquil environment, which omits the usual loud celebratory noises and experiences that other parks allow for regularly. 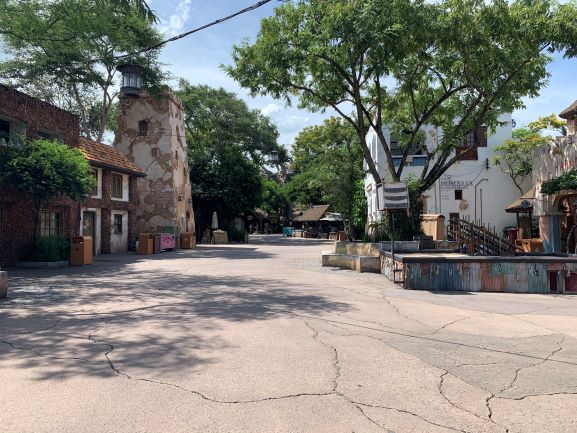 While fireworks have never been a Park feature, and it’s only been recent that the Animal Kingdom has begun staying open for evening hours, alternate experiences, like the previously presented Rivers of Light, have been the extent of nighttime spectaculars. In getting back to parades, various seasonal ensembles have taken place at the Park. Still, nothing is permanently occurring as a Park tradition, as is the case at Magic Kingdom Park (current health crisis aside).

3. When is the best time of year to visit Animal Kingdom Park?

Answer: In truth, anytime is a good time to visit Walt Disney World Resort. But certain times of the year are admittedly better than other times. In general, following the first week in January (New Years’ week), most of the remainder of the month, all of February, and most of March and April (depending on when Easter falls on a given year) are all excellent times to plan a visit. The months of May through September also tend to be excellent times for visiting, though they have their moments of heavy crowd times, particularly during the summer months. 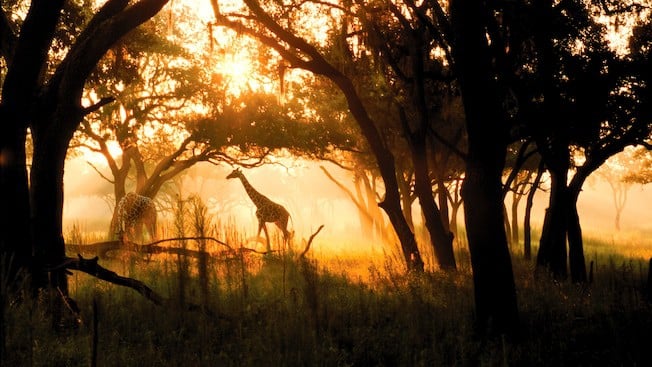 2. What is the best way to stay up-to-date on the most current day-of times and schedules of events taking place on a specific day at Animal Kingdom Park?

Answer: It’s no secret that schedules and various in-park happenings throughout Walt Disney World Resort are sometimes subject to last-minute changes. Thankfully, there’s the Times Guide, printed regularly, detailing all weekly schedules and happenings. Each Disney Park has its own Times Guide, available at all resorts as well as at the entry of a given Park. So if you want to know what’s happening at Magic Kingdom Park at a given date and time, you can’t go wrong by picking up a Times Guide. You can also keep up-to-date with the My Disney Experience app on smartphones for live, real-time updates as they unfold. 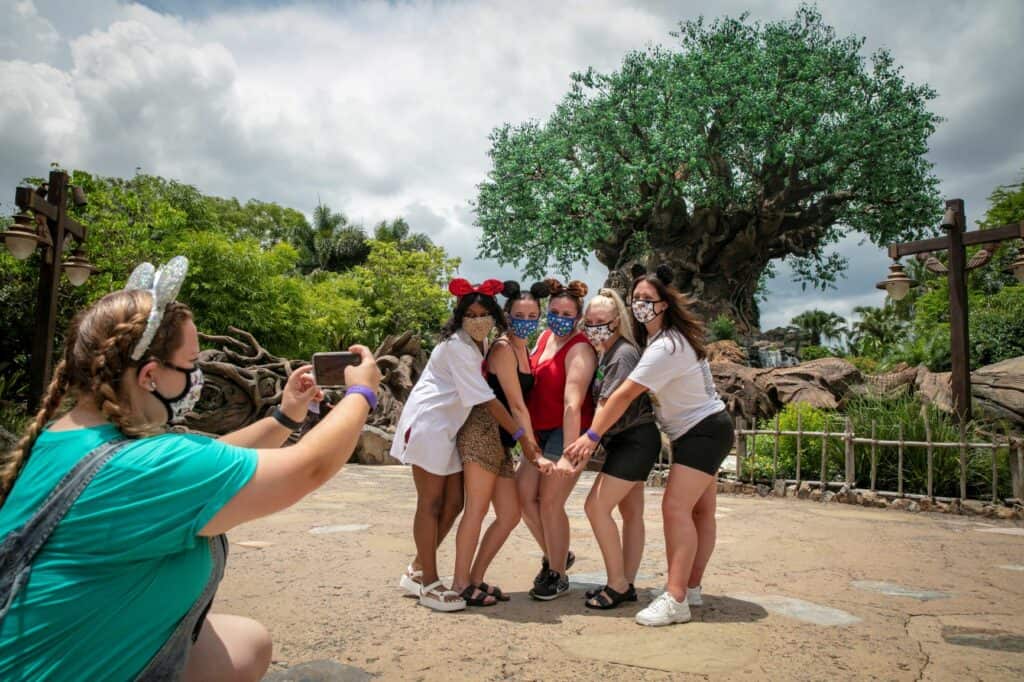 1. Is it possible to tackle everything in the Park in a day?

Answer: Despite being the largest Disney Park, tackling all the attractions that the Animal Kingdom has to offer is hypothetically doable. However, given the fact that visiting Pandora – The World of Avatar is still a “shiny new” experience to behold, we hesitate in giving an automatic “yes.” Two of the Park’s newest rides can be found here, not to mention other experiences exclusive to the land.

On that note, crowds and wait times can grow to be pretty expansive, especially on high-volume days. So while we’d like to say you can tackle this Park in a day, given the aforementioned conditions, you may want to plan a second day (if able) to catch up on whatever you were unable to wait in line for countless hours to accomplish the day before. 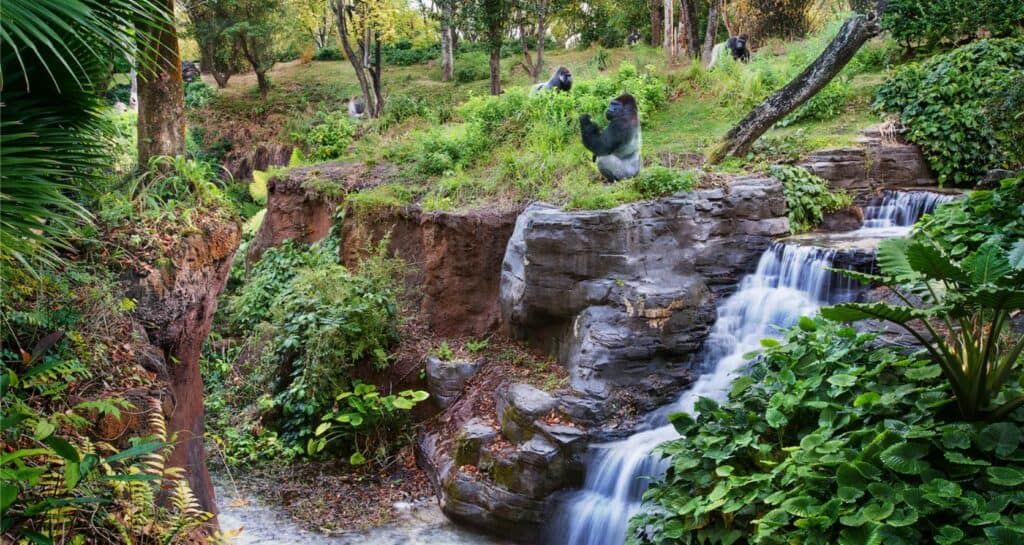 The current ongoing public health crisis has led to numerous mitigations regarding the ways in which Disney is now presenting many of its famed traditions throughout the various parks and resorts. This includes the suspension of special behind-the-scenes tours and unique VIP accessing options at an additional cost, some of which Animal Kingdom Park has previously offered and hopes to return to when it is okay to do so. But despite the way things are at present, Disney’s Animal Kingdom Park remains a most remarkable experience you just can’t pass on!