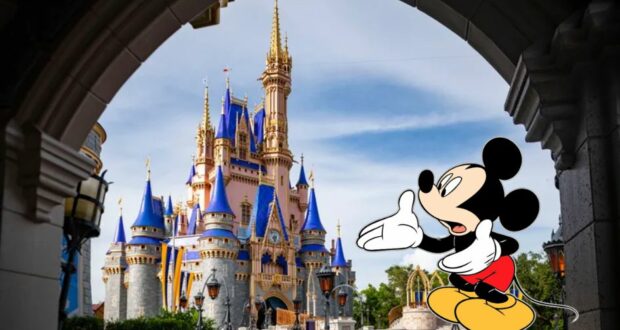 Family Gets Ignored By Disney Until News Network Gets Involved

Getting a hold of Walt Disney World via phone or the chat feature on Disney’s website can be difficult. But, one woman reports Disney was ignoring her requests until she decided to get a news network involved.

A Disney fan in New Hampshire named Jacky Sullivan is making news as she recently reached out to NBC10 Boston Responds team for help.

The Brentwood, New Hampshire family booked a Walt Disney World Resort vacation for six members, along with a support nurse for their daughter, Becky.

Becky has autism and is non-verbal. Becky’s Mom says, “Disney movies 24/7 on the screen in her room since she was like two years old, and she’s 27. So, we’re like, let’s do the Disney trip we always dreamed about doing with her.”

But, after booking their September 2021 vacation, Florida saw a surge in COVID-19 cases over the summer. When news of the COVID surge was reported, the Sullivan family decided to postpone the Disney Park vacation to March 2022.

Sadly, as March 2022 approached, the family knew they would not be able to visit Walt Disney World. They had lost their support nurse for their daughter, Becky, and could not find a replacement due to staffing shortages.

Not only was there a lack of nurse support for their daughter, but they had seen Becky regress socially during the pandemic, which would make a Disney theme park vacation challenging.

Jacky Sullivan notes, “Autistic people like routine, and if you keep them in that routine, then they keep going because that’s what they do. If you take that routine away…they go back to where they are safe and comfortable. We didn’t realize how far…the regression of what she’s doing and capable of doing, or willing to do, how far it regressed until we stopped and went wait a minute, what are we doing?”

This is where the complication set in. Sullivan reports she attempted to reach a Disney Cast Member via Customer Relations multiple times, for weeks. She wanted to explain the situation and see what her ticket refund or credit options may be due to needing to cancel the trip.

But, Sullivan’s attempts were not getting her anywhere. “Nothing, nothing,” she said. “Nobody picks up the phone. But there is, somehow, I got through to a message where you could leave a message. No response. Emails, no response. I’m telling you, we tried every which way to get a hold of them and couldn’t get anywhere.”

This is when the Sullivan family decided to reach out to NBC10 Boston. The news network listened to Sullivan’s story and decided to email Disney directly.

RELATED: Sure-Fire Way to Get Help on Disney World’s Website

The very NEXT DAY after the news network emailed Disney, Sullivans got a call from Disney’s Guest Relations.

Sullivan states, “I can’t believe how quickly you guys managed to get everything refunded… That was amazing. The whole thing is sad, right? So, you know, at least we managed to get the money back. So that’s a little bit of a good outcome from the whole thing. Yeah, so thank you very, very much.”

While Disney did not respond to NBC10 Boston with an explanation, the Sullivan family was thrilled to have a response and a full refund finally.