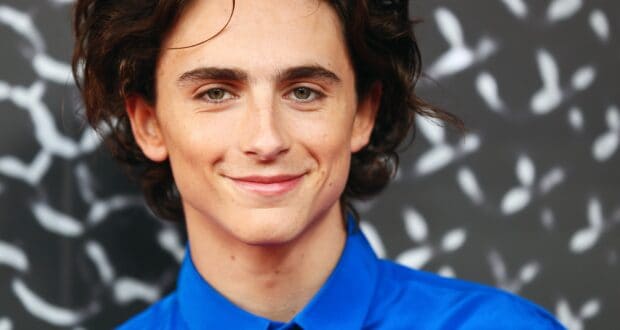 Fans Get A Glimpse of Timothée Chalamet As Willy Wonka

If you’ve been hankering after a new Willy Wonka or Roald Dahl movie adaptation, then look no further! Timothée Chalamet’s version of “Wonka” is in progress, and fans of the young actor have been given a glimpse of how his interpretation of the eccentric character will look. The last version of Willy Wonka that most people will remember is Johnny Depp (with the previous version being Gene Wilder), and while this upcoming 2023 film is by Warner Bros instead of Disney or Pixar, it’s most likely one that Disney fans will want to consider watching. Apparently “the story will focus on a young Willy Wonka and his adventures prior to opening the world’s most famous chocolate factory”, at least according to Deadline.com, and it will include his first encounter with the Oompa-Loompas. And get ready if you’re a lover of Disney soundtracks–because this version is a musical! Timothée Chalamet will be singing and dancing in multiple musical numbers in the film. According to Deadline, Timothée had “been the top choice for some time but scheduling was a hurdle that had to be overcome as training for those numbers [was] included in the prep for this film.” 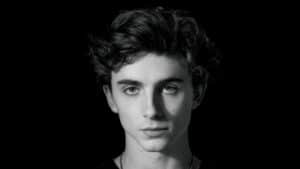 Renowned actors like Olivia Colman (from both “The Crown” and “The Night Manager”, which she starred in alongside Marvel Studio’s Tom Hiddleston) and Jim Carter (from Downton Abbey) are among the dramatic actors joining Timothée in the cast, while comedy veterans Rowan Atkinson (from “The Lion King” and “Johnny English”) and Keegan Michael-Key are also joining in. Filming has been taking place in the UK, and Timothée released the following image of his character on Instagram, saying: “The suspense is terrible, I hope it will last…”. 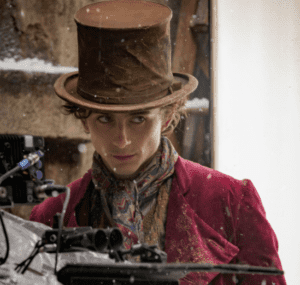 Journalist Ashley Carter shared the teaser image in the Tweet below as well.

And here's our first look at Timothée Chalamet as Willy Wonka in the upcoming film 'Wonka.' pic.twitter.com/ABnqbrUGVY

Chalamet is known for being a fan favorite, and for the way that the half-French actor is managing to avoid any stereotyping in an industry that is notorious for typecasting actors. Dramas like “Call Me By Your Name” brought him to international fame, and he’s consistently done a variety of roles. We’ll be interested to see his take on the bizarrely entertaining chocolatier in “Wonka”!