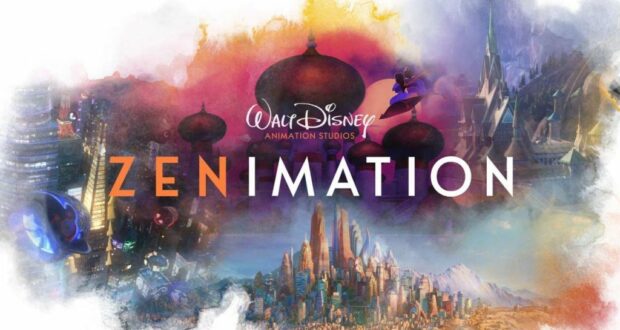 If you have enjoyed Zenimation on Disney+ to help you relax throughout your days, you can rejoice as Disney has announced that the second season of “Zenimation” will be coming to Disney+ on June 11th.

“Zenimation,” is a series that creates a mindfulness soundscape experience with scenes from the timeless films of Walt Disney Animation Studios.  The first season is available on Disney+ now.

Season 2 features moments from over eight decades of acclaimed films – including scenes from Disney’s first feature “Snow White and the Seven Dwarfs” all the way through to the Studios’ latest, anticipated animated film, “Raya and the Last Dragon.” Unplug, relax, and refresh your senses with an aural experience like no other as “Zenimation” pays tribute to both the visual and sound artists who have created Disney Animation’s legacy of films.

The series is created and edited by David Bess, with Amy Astley as an executive producer.

Are you excited to find more zen on Disney+?