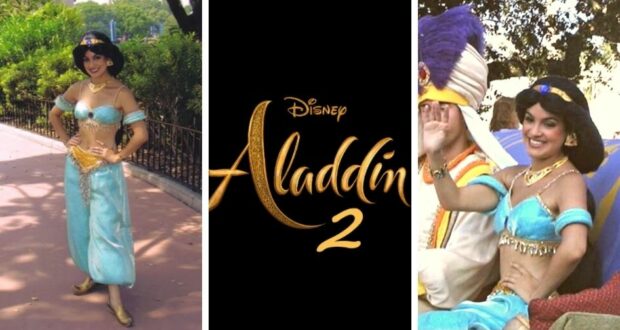 Becoming a Disney princess or face character in a Disney Resort is tough; Cast Members need to have attractive but “forgettable” faces, meet lots of audition requirements, and handle lots of difficult Guest interactions. However, being a Disney princess can also give you a lot of invaluable and in-depth acting experience, and one “retired Disney princess” from Disney World is using her time as a Disney character to aim for a role in an upcoming Disney film!

A sequel to the 2019 live-action Aladdin is in the works, with Guy Ritchie directing again and Naomi Scott and Mena Massoud reprising their Disney character roles, and the creator of the Confessions of a Retired Disney Princess is campaigning for a role in the film! 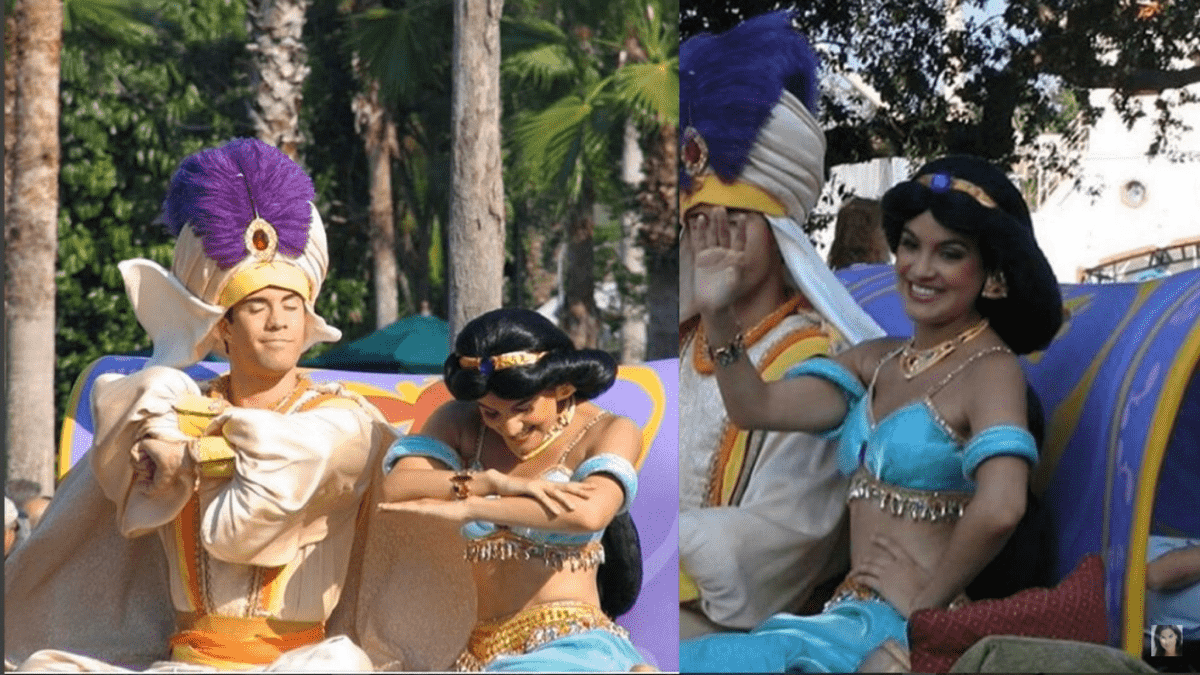 The Confessions of a Retired Disney Princess Youtube series was a series started by retired Disney princess Jennifer Oakes, who played Princess Jasmine and Pocahontas in the Disney Parks within Walt Disney World Resort. While Jennifer Oakes was often joined by her friend and former co-worker Rachel Hankle, who played other Disney princesses (particularly Snow White) in the Disney Parks at Disney World, Oakes was the main host of the video series and the subsequent Youtube channel. 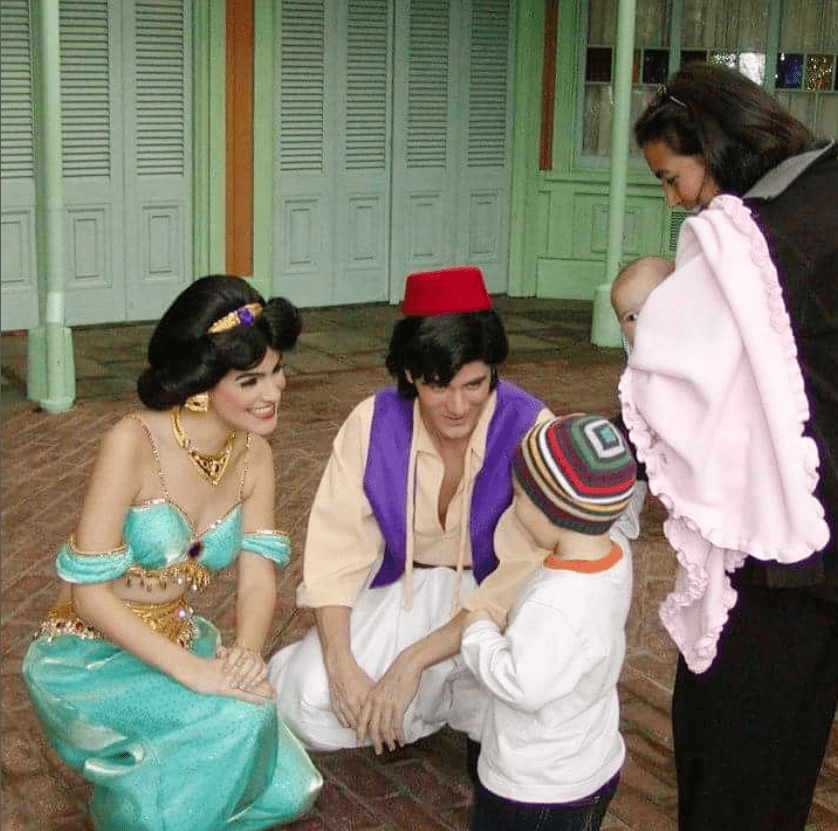 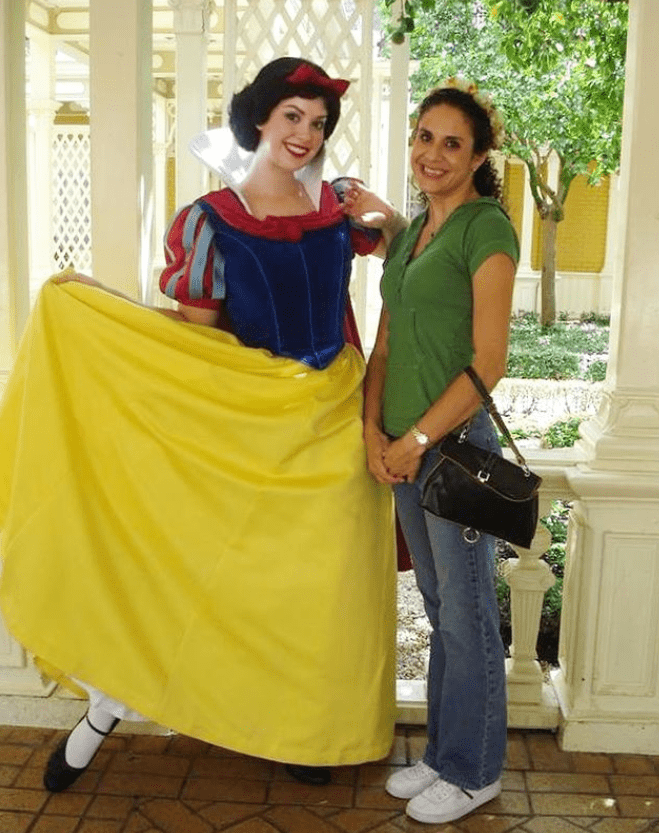 The former Cast Member who played Pocahontas and Princess Jasmine took a hiatus from Youtube due to both a lack of creative inspiration for the content and a desire to focus on her family, but she has recently returned from her hiatus with both a clear desire for a role in Aladdin 2 and a funny monologue reprising her role as Princess Jasmine!

“How do I get in that movie?” Jennifer asked in the video. “You guys need to help me! Somebody tweet to Guy Ritchie and be like, ‘Please! Get this girl Jennifer an audition.'” “I’ve gotta, like, be Jasmine’s mom,” she added. “Like memory flashbacks of Jasmine’s mom…Guy Ritchie, you got your girl right here!”

We already knew from excerpts in Jennifer’s previous videos that she can do an excellent impression of Princess Jasmine’s voice from the original animated Disney film, and we also know that she’s a dead ringer for Jasmine when it comes to looks, so perhaps this retired Disney princess will manage to catch Guy Ritchie’s attention! 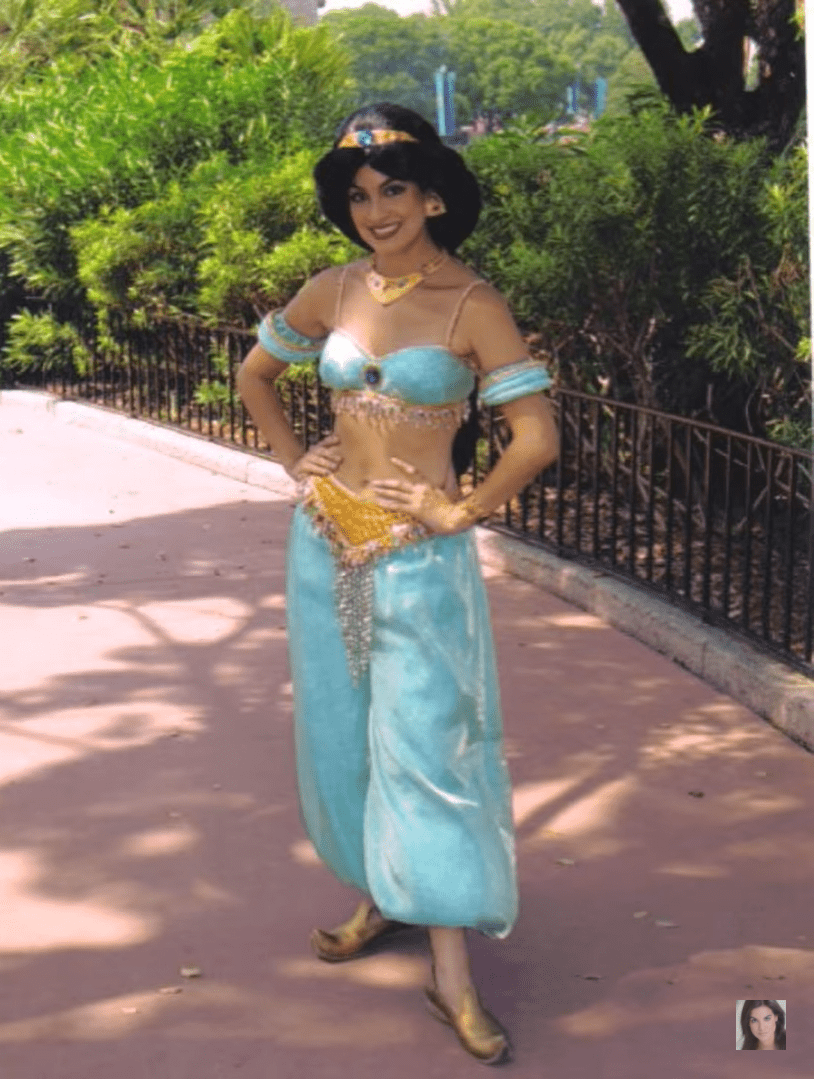 Oakes as the Disney character and face character Princess Jasmine from ‘Aladdin’ in a Disney Park. Credit: Jennifer Oakes

Jennifer Oakes then uploaded a funny video about Princess Jasmine’s struggle in her marriage to Aladdin: namely, the constant interruptions from Abu the monkey. Both Oakes and Rachel Hankle have reprised their Disney princess roles a few times for videos on the Youtube channel.

Both former Disney princesses and former Cast Members also encourage people to send them old Disney photos from their vacations if they recognize either woman in them (Rachel Hankle can be found on Instagram at @noordinarymomma, and Jennifer Oakes can be found as @oakprincess). Do you think that it would be fun to see a performer who played Princess Jasmine in the Parks playing an Aladdin character in a Disney film?