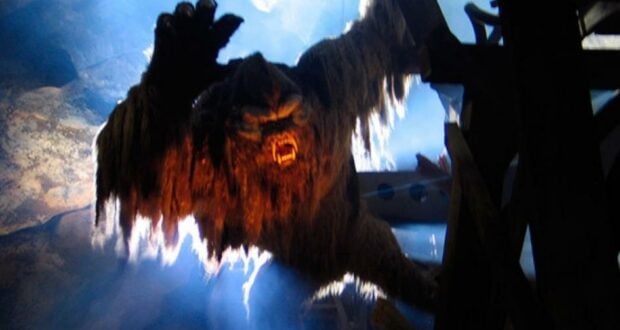 It seems that even one of the most culturally observant attractions built by Walt Disney Imagineering was not completed without some level of controversy.

Expedition Everest – Legend of the Forbidden Mountain is a lesser landmark of Disney’s Animal Kingdom Park and brings Walt Disney World Resort Guests face to face with one of the most accurate portrayals of the Yeti through a thrilling and immersive roller coaster experience. 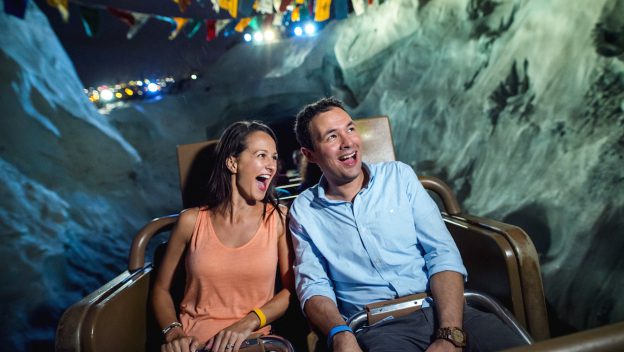 After being led through a queue that includes the base of operations for Himalayan expeditions, and both a museum and temple dedicated to the Yeti, Guests board a train that takes them up the mountain. However, they find the track near the summit is mysteriously torn up, and they are then sent backward into the dark inner sanctum of the mountain. The train stops, and Guests watch a shadow of the Yeti rip apart another piece of the track just before being sent down one of the biggest drops in Walt Disney World.

It seems that the pause–which gives the system a chance to switch the tracks that send the train down the drop–caused a bit of a debate among Joe Rohde and his fellow Imagineers.

Responding to a fan who pointed out that part specifically, Rohde explained,

“That pause in the middle was really controversial… Even people on the team were like ‘it’s a ride!!! we’re supposed to do soemthing’ But that moment is the pivot of the whole experience and I think folks need a sec to register the tonal change. Glad it works.”

That pause in the middle was really controversial… Even people on the team were like “it’s a ride!!! we’re supposed to do something” But that moment is the pivot of the whole experience and I think folks need a sec to register the tonal change. Glad it works https://t.co/61Qg60Flpy

That tonal change builds the suspense needed before sending Guests on a high-speed run around the Himalayas.

Easily described as the child of the Matterhorn at the Disneyland Resort and Big Thunder Mountain Railroad, Expedition Everest stands among other iconic Animal Kingdom adventures like Kilimanjaro Safaris and Avatar: Flight of Passage. Disney World describes Expedition Everest on its website as the following: 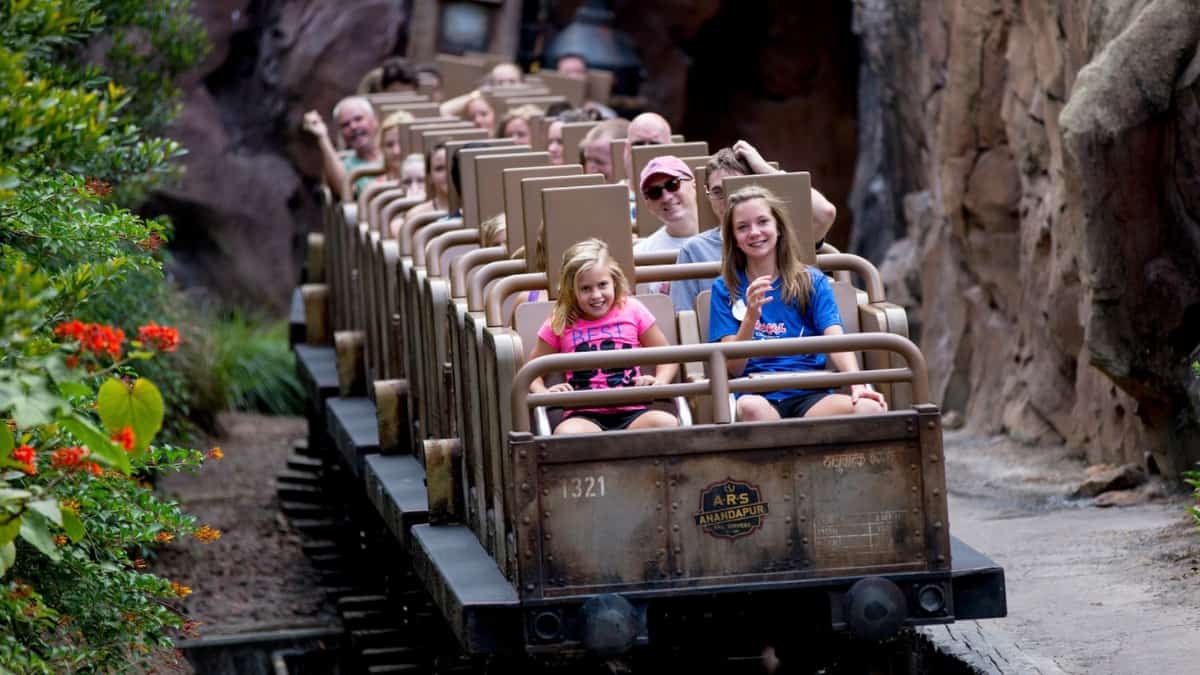