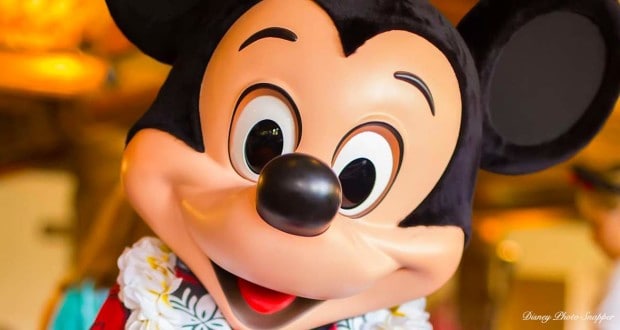 No matter where you live on planet earth, you’d be hard-pressed to find someone who doesn’t know who Mickey Mouse is. Since 1928, the mouse around whom an entire empire has been built has brought smiles and magic to billions of people all the world over. But there’s much more to the main mouse than random sightings at Disney World, Minnie and Pluto. How many of these things did you already know about the mouse who started it all?

8. The main mouse has his own star in Hollywood.

It’s true! On Mickey’s 50th birthday, November 18, 1978, Disney’s very own Mickey Mouse was forever immortalized in the form of a star on the Hollywood Walk of Fame!

7. Mickey has a few aliases.

It goes without saying that “Mickey Mouse” is an English name. But not every country speaks English, so our beloved Mickey has been good enough to drum up a few aliases so that everyone around the world can love him in his or her native tongue. For example, Mickey goes by “Topolino” in Italy and by “Musse Pigg” in Sweden. (Pigg??) In China, Mickey’s name is “Mi Lao Shu,” and in Iceland, he is “Mikki Mus.” In Finland, he is known as “Mikki Hirri.” Who knew?

6. He’s had quite the film career!

Over the years, when Mickey’s not meeting adoring fans at Disney World (pre-COVID, of course), he’s usually starring in Disney shorts, small featurettes and even major animated films. In fact, over the course of his remarkably successful and productive lifetime, Mickey Mouse has been the star of more than 120 different productions, including Steamboat Willie and Plane Crazy in 1928, Fantasia in 1940, Mickey and the Beanstalk in 1947, Mickey’s Christmas Carol in 1983 and The Prince and the Pauper in 1990. He even had a cameo role in Who Framed Roger Rabbit in 1988.

What would Mickey be without his bright red shorts? Apparently, he’s still wildly successful and lovable. In 1943, Mickey starred in Pluto and the Armadillo, and it’s the last time he would wear his trademark trousers in any production until 1995! Did you have any idea his shorts were MIA for 52 years??

4. He is Oscar material!

Mickey Mouse is quite the talented performer. So talented is he, in fact, that he made an appearance at the Academy Awards in 1988 and again in 2003. During both events, Mickey was presented the Oscar for Best Animated Short Film.

3. Mickey’s relationship with his maker is memorialized at Walt Disney World.

Whether you’ve been to Disney World only once, or you frequent the parks every time you can, you’ve probably noticed the “Partners” statue in front of the forecourt of Cinderella’s Castle. The copper embodiment of Walt and Mickey’s friendship was created by the uber-talented Blaine Gibson, the sculptor who also created many of the spooky characters inside the Haunted Mansion attraction (among various others). It was unveiled in 1995 at Walt Disney World and stands 6 feet, 5 inches tall, which is approximately 7 inches taller than the late Mr. Disney stood.

2. Candidates disappointing? Mickey can fix that!

It’s no secret that many of us find ourselves in quite the quagmire during election season: who to choose? We often feel like it’s the lesser of two evils, but that’s not so clear either sometimes. So, when in doubt, just write in Mickey Mouse’s name (in whichever language you choose!). Americans have been doing it for decades. In fact, Mickey s the most popular write-in name when it comes to the voting booth!

Have you, like many Mickey and Minnie fans, ever wondered whether the mousy pair are husband and wife? Well wonder no more! In the September 30, 1933 edition of a magazine called “Film Pictorial,” Walt explained Mickey’s and Minnie’s relationship, saying “In private life, Mickey is married to Minnie . . . In the studio, we have decided that they are married already.” So there you have it, Mickey and Minnie are married. In fact, they’ve been married for close to a century! Who says Hollywood romances don’t last?