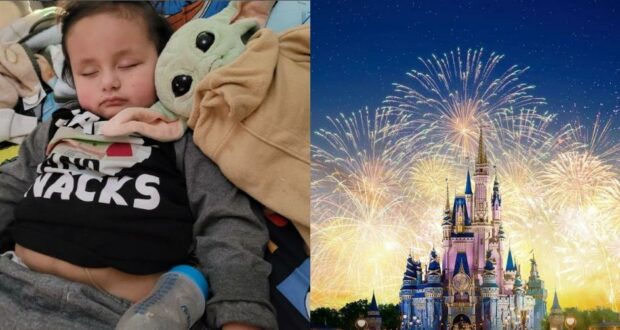 A three-year-old Walter Linklater is battling a rare and aggressive form of cancer in Seattle, Washington, and a nonprofit has begun raising funds to send him and his family to Disney World.

According to Seattle area NBC-affiliate King5.com,

“‘Warrior Walt’ was given his nickname by the staff at Seattle Children’s. He was diagnosed with stage four high-risk neuroblastoma cancer with the NMYC gene back in 2019 at seven months old. He was given a 3% chance of survival over the next five years.

“Walter has been through multiple rounds of chemotherapy, surgery, stem cell transplants, immunotherapy, full cranial spinal radiation and more. He’s been to doctors in Wisconsin, North Carolina and New York before settling home with his grandmother nearby Seattle Children’s Hospital.” 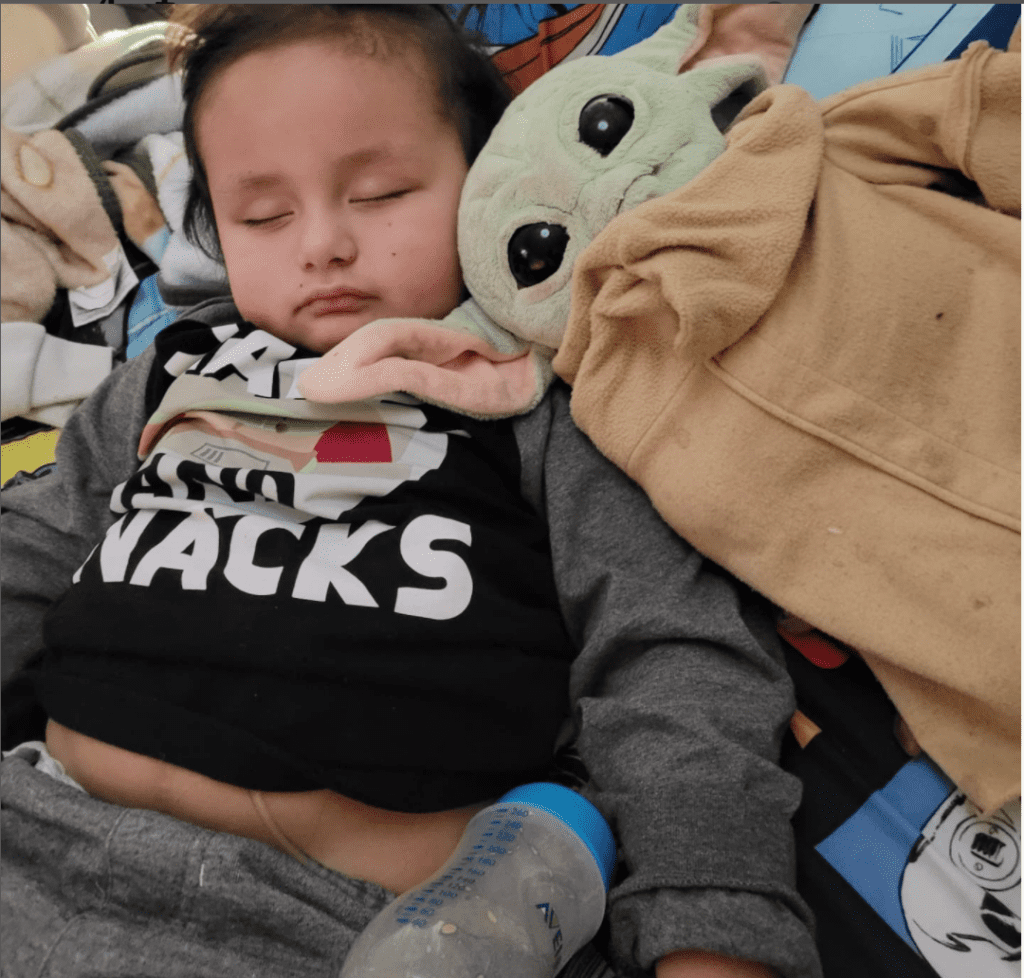 Fighting cancer since he was seven months old, “Warrior Walt” has been watching Disney+ while receiving his treatments. According to his Grandmother, Elisa Fleming, he is becoming quite the Disney fan, and the children’s hospital staff decorate his area with familiar Disney characters to make him feel comfortable.

“Especially now that they have Star Wars, he’s a nut for Star Wars,” Fleming said.

According to Walter’s grandmother, his first word was “baby” and said while pointing at Grogu–AKA Baby Yoda–while watching an episode of The Mandalorian.

Fellow Disney Fanatics can watch Warrior Walt’s progress on an Instagram set up by his grandmother. It was upon finding that Instagram page that a manager for the nonprofit Campaign One At A Time, Nick Ordonez, decided to try and find the little dreamer’s trip to The Most Magical Place On Earth.

Related: Disney VoluntEARS Raise $12,000 for Local Pet Rescues at “Paws in the Park”

“After hearing Walter’s heartbreaking story we knew we had to do something for him,” he said.

The nonprofit is looking to raise $5,000 to send Walt and his family to Walt Disney World, and Ordonez said he hopes that the threenager remembers the magic of a Disney trip more than he will the pain and trauma that comes with cancer treatments.