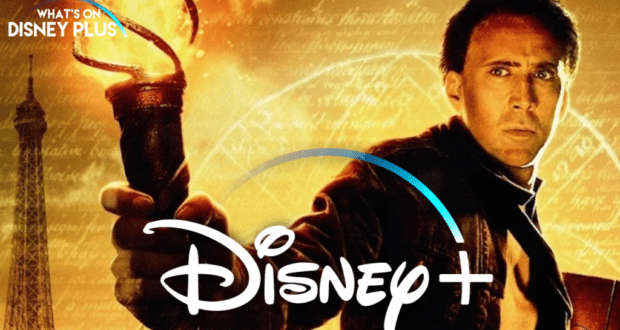 Did you love the National Treasure movies where Nicholas Cage’s character searched for the hidden secrets of the past? This this new Disney+ series will be for you!

The upcoming Disney+ Original series will explore the timely issues of identity, community, historical authorship and patriotism, told from the point of view of a new main character, Jess Morales, who is a twenty-year-old DREAMer who, with her diverse group of friends, sets off on the adventure of a lifetime to uncover her mysterious family history and recover lost treasure.

Mira Nair will be directing the series; she has previously directed “Vanity Fair” and Disney’s “Queen of Katwe.”

This new series will consist of 10 episodes and is being made by ABC Signature Studios.  The series will be written by the films original writers, Marianne and Cormac Wibberley. They will also be an executive producer, along with Jerry Bruckheimer.  They’ve worked together on many films, including the first two National Treasure films and G-Force.

A third film has also been in development for years and will have the original cast, whereas this new series will have a younger cast.

The first two National Treasure films are available now on Disney+ and stars Nicholas Cages as archaeologist Ben Gates, who is in search of a chest of riches rumoured to have been stashed away by George Washington, Thomas Jefferson and Benjamin Franklin during the Revolutionary War. The chest’s whereabouts may lie in secret clues embedded in the Constitution and the Declaration of Independence, and Gates is in a race to find the gold before his enemies do.