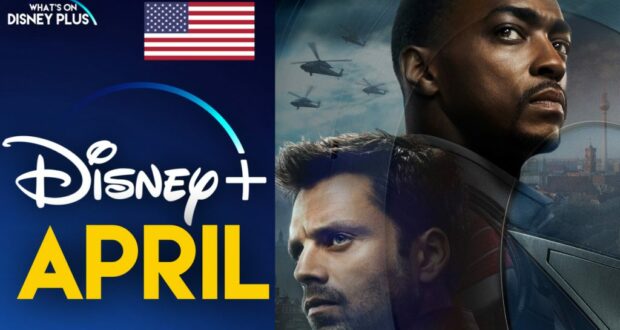 Get Ready for New Episodes and Series Coming to Disney+

As we enter a new month, we can start to prepare for new shows and episodes coming to Disney+. Take a look at some of the big hitters and then get ready to watch.

The Falcon And The Winter Soldier – Episode 3

Catch the newest episode of this favorite featuring Anthony Mackie as Sam Wilson aka The Falcon, and Sebastian Stan as Bucky Barnes aka The Winter Soldier.

The story continues of 12-year-old Evan Morrow (Brady Noon) is unceremoniously cut from the Ducks, he and his mom, Alex (Lauren Graham), set out to build their own team of misfits to challenge the cutthroat, win-at-all-costs culture of youth sports today. With the help of Gordon Bombay, they rediscover the joys of playing just for love of the game.

Secrets Of Sulphur Springs – No Time Like the Present

Join a family as they move into an empty hotel called The Tremont in hopes of restoring it to the lively vacation destination it once was. On his first day at his new school, Griffin hears rumors that the hotel is haunted.

Night At The Museum

Larry, a night security guard at the Museum of Natural History, gets some help from the exhibits who come alive at night to foil a robbery attempt of a magic tablet and proves that he is not a loser.

After getting ousted from the NCAA, a hothead men’s basketball coach must take a job at an all-girls high school. He soon learns that teenage girls are more than just X’s and O’s; they require empathy and vulnerability — foreign concepts for the stoic Coach Korn (John Stamos). By learning how to connect with his players, Marvyn starts to grow into the person he’s always hoped to be. The girls learn to take themselves more seriously, finding their footing both on and oﬀ the court.

The Kid Who Would Be King

Alex, a 12-year-old boy, and his friends fight an evil sorceress with the help of Excalibur, the sword of King Arthur, in a bid to save the world from her atrocities.

Blu is thought to be the last of his kind, but when word comes that Jewel, a lone female, lives in Rio de Janeiro, Blu and Linda go to meet her. Animal smugglers kidnap Blu and Jewel, but the pair soon escape and begin a perilous adventure back to freedom — and Linda.

“Secrets Of The Whales”

Being the Queen chronicles the life of Queen Elizabeth II using never-before-heard interview recordings from those who know her the best.

Appointed to the role of royal detective by the queen of Jalpur, a resourceful commoner named Mira sets out on mystery-solving adventures along with her friend Prince Neel, creative cousin Priya, and comical mongoose sidekicks Mikku and Chikku.

What shows are you excited to see this month?