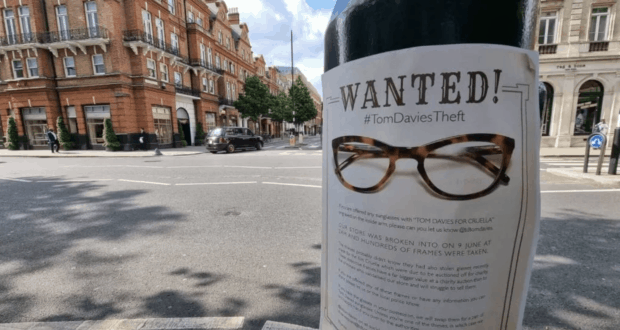 On June 9th thieves broke into the Tom Davies Bespoke Opticians in Sloane Square, London and took off with a number of glasses included some that were recently made for the Disney film Cruella.

The thieves filled on box as well as a bag with in seconds of breaking into the store. Among the stolen frames includes six screen-used pairs, which Emma Stone and Emma Thompson wore in Cruella.

The frames are worth up to £500,000 were to be auctioned off for charity and were expected to make more than their estimated worth.

A reward is being offered to anyone who can help find and return the glasses.