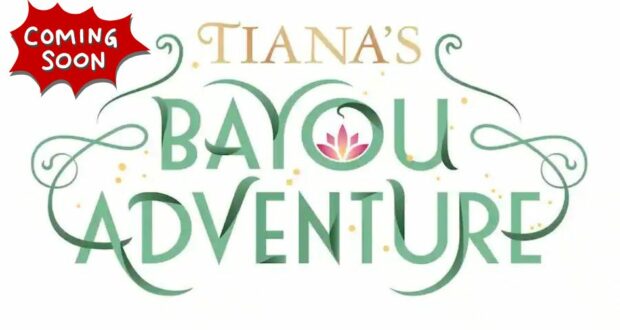 Go Behind the Scenes of ‘Tiana’s Bayou Adventure’

The new Princess and the Frog ride that is replacing the Magic Kingdom Splash Mountain ride in late 2024 has been highly anticipated by some Disney princess fans and dreaded by others (who want Splash Mountain to stay open. However, regardless of individual opinions, Tiana’s Bayou Adventure is happening — and the team behind the new ride (including Walt Disney Imagineering) has shared the amount of preparation that went into designing the “love letter to New Orleans”!

According to the Disney Parks Blog, “Walt Disney Imagineers have been frequent travelers to Louisiana while conducting extensive research to ensure Tiana’s Bayou Adventure preserves the heart and soul of the city that inspired Princess Tiana’s story”.

Walt Disney Imagineering team members embarked on glass-bottom boat tours to explore the “flora and fauna” (such as alligators like Louis) in Louisiana swamps or bayous and enhanced their data collection for the ride’s development by placing a high focus on New Orleans culture through mediums like food and music. Walt Disney Imagineers also met with “cultural institutions” to identify the best ways to represent New Orleans culture, and team members visited museums or historic locations like Preservation Hall in the French Quarter (particularly “during an intimate event held in honor of ESSENCE Fest” where the ride’s name was announced).

Victoria Uwumarogie, the senior lifestyle editor for ESSENCE Magazine, met with Charita Carter (the executive producer of relevancy activations at Walt Disney Imagineering who has a fascinating backstory), Ted Robledo (the executive creative director at Walt Disney Imagineering) and Stella Chase, who is the “daughter of the late Chef Leah Chase who inspired Tiana’s story”.

The YAYA Arts Center performed art demonstrations during the celebration, and the Preservation Hall Jazz Band was joined by Jenifer Lewis — the singer who plays Mama Odie in The Princess and the Frog. Footage from the Walt Disney Imagineers’ time in New Orleans was also shared, showing the team as they gathered inspiration for Tiana’s Bayou Adventure. You can see the footage in the video below! According to accountant-turned-Imagineer Charita Carter, “in many ways, Tiana’s Bayou Adventure is a love letter to New Orleans. Like the musical city that inspired this attraction, Tiana’s second act is about a community working in harmony to achieve something extraordinary. She reminds us of an immutable truth we can all relate to: ‘if you do your best each and every day, good things are sure to come your way.’ And that’s a melody we can all sing along to!” Jenifer Lewis, who voices Mama Odie in ‘The Princess and the Frog’. Credit: Disney Parks Blog

Now that the plot of the ride, the name, the logo (shown above), and the estimated timeline for an opening have all been announced, all that’s left is for Disney fans to rewatch The Princess and the Frog and get in some last-minute Splash Mountain experiences before the Magic Kingdom ride closes!