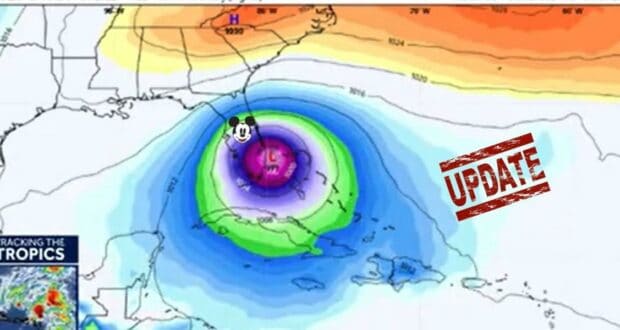 Going to Disney World for Veterans Day? Time to Start Watching the Weather

Just off the coast of Hispanola, a low-pressure system is forming and building strength. The National Hurricane Center (NHC) gives it a 90% chance of forming into a nameable storm, and current tracks put it bound for Walt Disney World Resort and the rest of Central Florida. 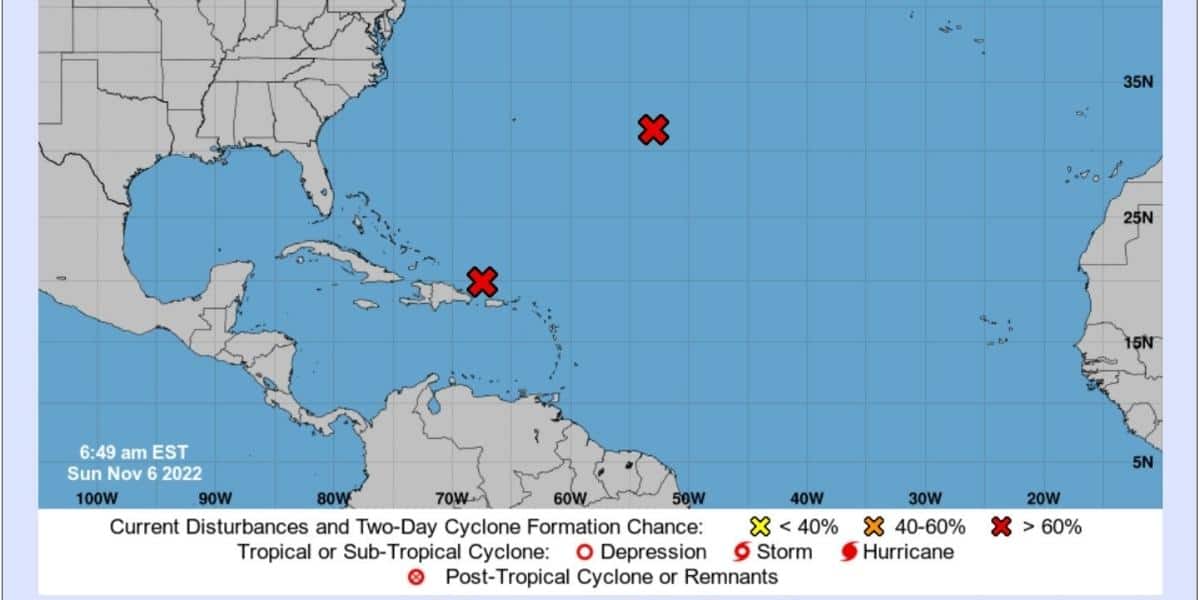 An area of low pressure is developing about 100 miles north of Puerto Rico and is producing a large area of disorganized showers and thunderstorms. This system is forecast to move northward or northwestward further into the southwestern Atlantic today and environmental conditions appear generally conducive for additional development. A subtropical or tropical depression is likely to form early this week while the system turns westward or west-southwestward over the southwestern Atlantic. Regardless of development, there is an increasing risk of coastal flooding, gale-force winds, heavy rainfall, rough surf, and beach erosion along much of the southeastern United States coast, the Florida east coast, and portions of the central and northwestern Bahamas during the early to middle part of this week. Interests in those areas should continue to monitor the progress of this system. * Formation chance through 48 hours…high…70 percent. * Formation chance through 5 days…high…90 percent.

Orlando Area NBC Affiliate WESH Meteorologist Eric Burris shows that it is still too soon to tell exactly what is going to happen, but both the GFS (US) and European models are showing this thing trying to form and could make landfall as a tropical storm and possible hurricane around November 9 and not exiting the area until November 11. Stormy weather with a decent amount of wind and rain, in general, is expected, with most of the significant impacts occurring along Florida’s southeast coast.

COFFEE TALK: Tracking a great looking Sunday, but trouble in the tropics as a developing system moves our way. Let's chat! https://t.co/WOJmxpPNjy

There is still no word yet on how this will affect Disney Cruise Line departures out of Port Canaveral or Miami in the coming days.

Use this time now to complete any preps, especially those who are still dealing with effects from Hurricane Ian, as conditions will begin to deteriorate by Tuesday onward. (2/2) #FLwx

We at Disney Fanatic will continue to monitor this and will update our readers on this system and how it could impact Disney World and Disney Cruise Line vacations.