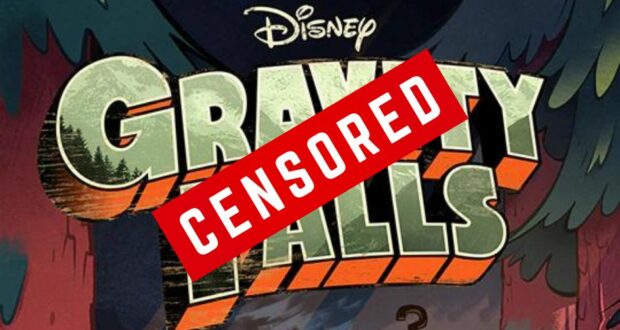 The Disney Channel show Gravity Falls has become a cult favorite ever since it was first created by Alex Hirsch in 2012, and the show has remained a mainstay for many viewers even after it ended in 2016. The Disney XD show (which follows two siblings, Dipper and Mable Pines, and their eccentric great uncle Stan Pines in an Oregon town filled with supernatural happenings) became known for its quirky, often irreverent humor — but apparently Disney put up quite a fight when it came to many of the show’s most-beloved elements!

Gravity Falls creator Alex Hirsch (who now works for Netflix instead of Disney) recently shared a video showing the many emails that he had received from Disney’s Standards and Practices department while working on the Disney XD show Gravity Falls. “I have literally thousands of these”, Hirsch added after posting the video. “Each one still haunts me.” On the Disney Channel show ‘Gravity Falls’, Dipper and Mabel Pines are in for an unexpected adventure when they spend the summer with their great uncle Stan Pinkes (aka Grunkle Stan) in the mysterious town of Gravity Falls, Oregon. Credit: shows.disney.com

You can see the emails and revisions requested by the Standards and Practices Department in the Tweet from creator Alex Hirsch below. Warning: inappropriate language is used in the video and the emails! Exasperation and disbelief seem clear in Hirsch’s responses to the long list of lines or minute plot points that Disney’s Standards and Practices Department wanted to change or remove.

One last treat. Ever curious about the fights I had with the censors on Gravity Falls? I probably shouldn't share this buttttt here are some REAL NOTES from DISNEY S&P and my REAL REPLIES. You are not prepared #10YearsOfGravityFalls pic.twitter.com/EioKU8gIJJ

Disney has been criticized by the Gravity Falls creator Alex Hirsch before for censoring its content in a conservative fashion behind closed doors but advertising a more liberal perspective to the public. Disney has also come under fire recently for its “woke” perspective and its Stories Matter team, which is a team focused on reviewing old Walt Disney Animation Studios films or shows to find any characters that should be flagged as offensive (such as Tinker Bell and Ursula).

“To answer everyone’s questions, yes these are 100% real and yes I still wake up in cold sweats thinking about them”, Hirsch finished on Twitter after sharing several more clips and emails from Disney.