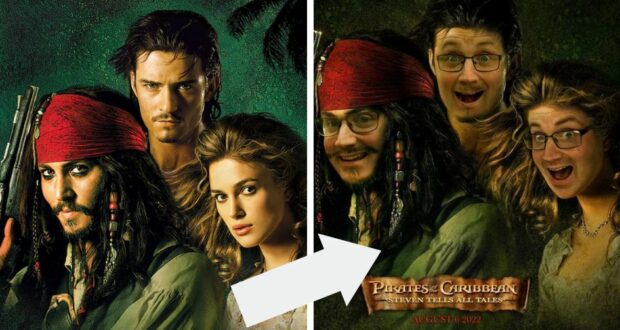 The Walt Disney Company and its locations (especially Walt Disney World Resort and Disneyland Resort) have gone through many ups and downs lately, with negative news running rampant — but Disney magic does present itself again occasionally. This summer, one former Cast Member has used his visit to the Magic Kingdom to raise thousands of dollars for charity!

Tomorrow is the big and crazy day! I’ll be riding Pirates from park open to park close, all to benefit @GKTWVillage! Any level of donation is greatly appreciated! Link to donate: https://t.co/Mphk6h3rbs pic.twitter.com/TdnmlzZFKq

Steven Amos, a former Walt Disney World Resort employee, switched careers to be the vice president of the Give Kids the World charity (which is also a well-known non-profit resort called Give Kids the World Village in Central Florida) and decided to embark on a special Magic Kingdom quest as a fundraiser.

From the opening of the Magic Kingdom to the closing at 11 pm, for one day, Steven Amos would go on Disney’s popular Pirates of the Caribbean ride as many times as the day allowed — and the specific day also happened to be the non-profit vice president’s birthday!

This Pirates of the Caribbean marathon was only paused for the occasional break when the ride was closed or when the former Cast Member needed to pause for sustenance via a questionably-healthy turkey leg (as shown above). Steven Amos provided plenty of humorous content during the marathon day, editing himself into Pirates of the Caribbean or Walt Disney World Resort logos.

Used my time during the ride closure to add a tribute to myself to the entrance. pic.twitter.com/wPXun1A1sl

The former Cast Member also paid a quick visit to “it’s a small world” when the Pirates of the Caribbean ride broke down temporarily, but he quickly returned to his mission.

With Pirates down, I somehow ended up here again… pic.twitter.com/NMIyPqsLxh

This fun, whimsical fundraiser ended up raising over $11,000 for Give Kids the World (which is also a charity that Disney has worked with in the past many times), and you can still donate to do your part!

Thank you to everyone who supported @GKTWVillage today! We were able to raise over $11,000! With a couple hour downtime, I was able to complete 28 rides (and one Small World!)
To Donate: https://t.co/OK288VcFW3 pic.twitter.com/fNVPuVyt4h

Did you follow along with this heartwarming fundraiser? Are you familiar with Give Kids the World and the work that the non-profit organization does in Central Florida — or the charity’s affiliation with Disney?

Give Kids the World Village Magic Kingdom pirates of the caribbean 2022-08-12
Sharon
Previous: Discussion: Should EPCOT, Disney Springs Have a Curfew?
Next: Are Fans Okay with Disney Park Price Increases?