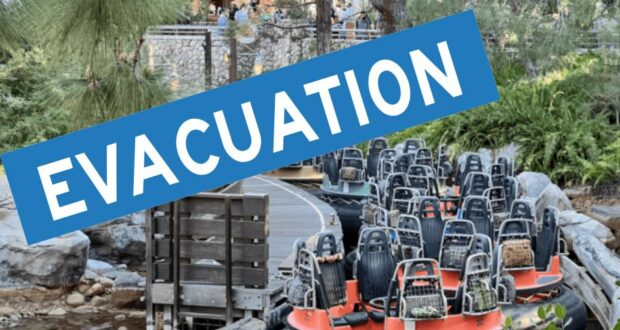 Even though any Walt Disney World Resort or Disneyland Resort roller coaster or water ride has plenty of Disney magic onboard, that does not change the fact that malfunctions sometimes happen. Recently, there was an incident on the Grizzly River Run water ride in Disney California Adventure Park at Disneyland Resort — and Guests had to leave the ride in an evacuation!

Tiktok user Kelly C (@arendellekel) shared footage of the evacuation, which was apparently put in motion because a Guest who was a passenger on the Grizzy River Run ride jumped off of the Disney California Adventure Park attraction. There are obviously alerts and safety measures in place that let Cast Members know as soon as someone jumps off of a ride or attraction (or the PeopleMover), so the Cast Members operating Grizzly River Run quickly began draining the water ride’s water as soon as the passenger had done so.

We got evacuated on #GrizzlyRiverRun at Disneyland! A person jumped off the ride! 😳😅 #disneypark #fyp #Disney #disneyparks #CaliforniaAdventure #themepark #PlutoTVIsFree #uhoh #adventure

The Disney California Adventure Park ride’s passengers were guided off of the ride after (according to @arendellekel) waiting for 20 minutes until someone brought a ladder. The Guests were then led off of the ride and into its inner workings, giving them a glimpse of the behind-the-scenes mechanics and engineering that operates the ride.

Normally, Walt Disney Imagineering and all of the Disney employees are hard at work making sure that each roller coaster and Disney ride is operating as it should be (especially since they spend years developing rides, and attractions are also often closed for constant maintenance or refurbishment). 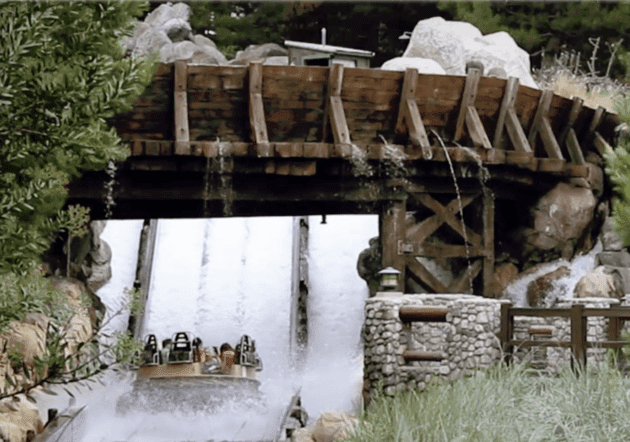 Sometimes rides close due to mechanical malfunctions (like Radiator Springs Racers in Disneyland, which closed after a car on the ride was seen smoking), but unfortunately, Guests’ bad behavior at Disney Parks in recent years has made evacuations like this one all the more common as well.

Social media has made it easier for people to spot their fellow Guests’ bad behavior (and Kelly C called this person’s behavior “craziness” in the TikTok video shown above from her day at Disney California Adventure Park), but Disney ride operators are clearly keeping an eye out for these things all day, every day, too! 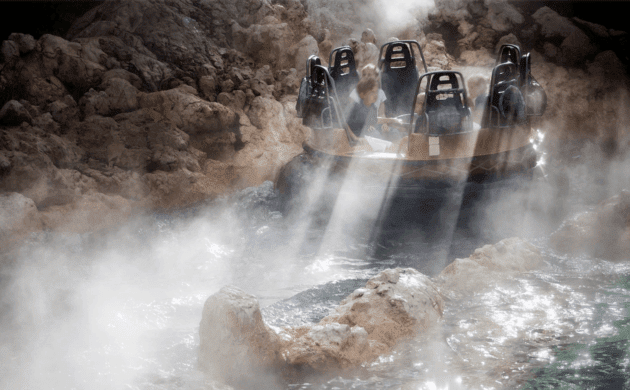 Have you ever been on a Disney ride or Disney attraction in a Disney Park while it was being evacuated? Have you seen any other Disney Guests’ behaving badly on rides or mistreating Cast Members?