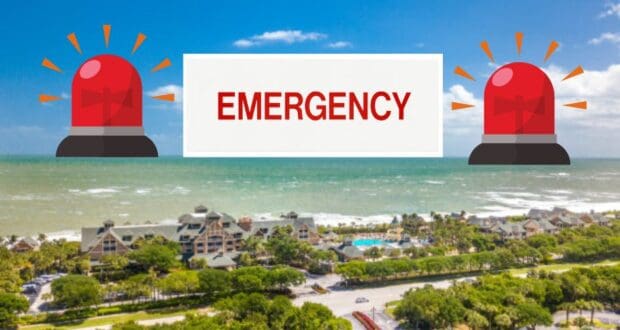 Disney always seems to have plans in place for emergencies (like this fire, which set part of EPCOT ablaze only two nights ago), including medical emergencies or arrests (like this recent arrest)as well as theme park-specific emergencies like ride breakdowns. However, sometimes emergencies happen in the vicinity of Disney properties that do not directly involve Disney Parks or Disney Resort Guests.

One such event seems to have happened now; an individual with a gunshot wound to the head has been found near Disney’s Vero Beach Resort, which is just a couple of hours away from Walt Disney World Resort and lies along the Atlantic Treasure Coast.

The gunshot victim was found floating on a surfboard, according to this TC Palm report, and was taken from the ocean by lifeguards. Indian River County sheriff’s Lt. Joe Abollo reportedly shared that the gunshot wound was discovered — and led to police involvement — when the anonymous surfer was being examined in a nearby hospital.

He was initially rescued by a kayaker and lifeguards after “someone saw that he was on the board not moving,” Abollo explained. Investigators have supposedly focused their investigation on Wabasso Beach Park so far.

The man is reportedly still hospitalized, and in critical condition. According to Abollo, this person (who was described as being “in his 60s”) was not a Disney Vero Beach Resort Guest. According to Assistant Battalion Chief David Kiernan,“(he) maybe had a small gunshot wound to his mouth.”

Abollo has reportedly said that “detectives don’t know exactly where the man was when the gun fired” and “detectives believe the gunshot wound was self-inflicted”.

Have you ever been to Disney’s Vero Beach Resort?