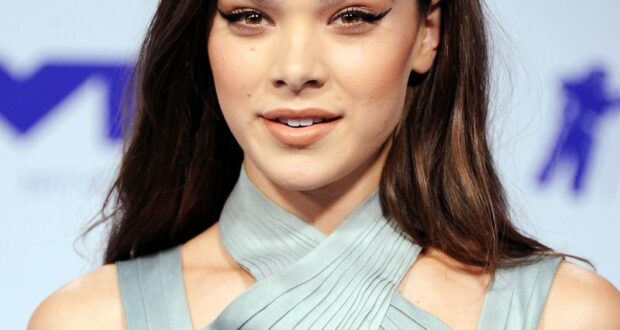 Although Hailee Steinfeld was nominated for an Academy Award in the dramatic Western True Grit (2010) when she was only fourteen years old, stole the show in the little-known Western thriller The Keeping Room (2014), showed off her singing range in the Pitch Perfect sequels, and took over the radio with hit songs like “Love Myself”, many Disney fans or Marvel fans might not have actually known the actress until her debut as Kate Bishop in Marvel’s new Disney+ series Hawkeye.

The series premiered just in time for Christmas and the holiday season, and now that the finale has aired on Disney+, many Marvel Studios fans might be looking to learn more about the actress who is notorious for being “an epically good sport“! 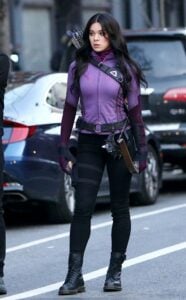 Since the new year has just arrived, now is also the perfect time to look to actresses and role models for New Year’s resolution inspiration when it comes to wellness, fitness, diets, workouts, mental health, makeup, and skincare. For those categories, you can’t find better inspiration than Marvel actresses! After all, Marvel actresses like Brie Larson, Scarlett Johansson, Elizabeth Olsen, and Zoe Saldana have to contend with not only the expectation to look their best and their most beautiful, but also the expectation to be in peak physical condition in order to actually perform the stunts required for their action roles. Hailee might be the newest addition to the slew of women who have played or are still playing female protagonists in Marvel movies, but she’s got plenty of helpful tips to share!

Hailee’s first exercise advice is perfect for any busy Disney fanatics or Marvel fans. Hailee told Byrdie that it’s good to “try to devote at least 15 minutes a day to getting some sort of physical activity in, whether it’s riding a bike, taking a walk…just something to get some fresh air and the blood pumping”. When Hailee’s on tour and performing, she also has a lot of dancing to do, which she says is her “workout of choice because I love the fact that it never really feels like I’m working out. Before I know it, hours have gone by, and I’m sweating and feel great.” She also recommends wearing a cute workout outfit to help with motivation; this will be particularly helpful if you don’t happen to have a father who is a personal trainer, unlike Hailee! 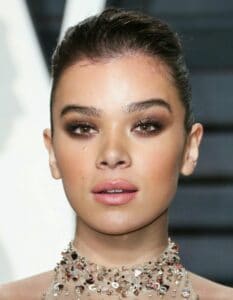 Hailee Steinfeld at the Academy Awards in 2017. Credit: Pinterest

When dancing isn’t on the menu, however, resistance training (i.e. using your own body weight for exercises like planks or push-ups) and circuit training with tools like “battle ropes”, a jump rope, or resistance bands are also alternatives that Hailee does. She also loves kickboxing, and you can shadowbox on your own if you don’t have a sparring partner or a local gym! Additional elements of Hailee’s training include “the elliptical, bike, treadmill, or swimming” and running, although she doesn’t particularly like running.

As for diet tips, Hailee avoids caffeine and focuses on decaf tea. She favors Special K and a banana for an easy breakfast, focuses on a “very lean and simple” diet overall, and consciously eats “small meals throughout the day to keep [her] energy up” instead of three big separate meals.

When it comes to mental health, Hailee really recommends taking time to be by yourself. For her, a workout is actually “a safe zone” where she’ll leave her phone behind and “separate [herself] from everything for a while”. She also recommends working out at night instead of in the morning (which is the opposite of most people’s advice) because it can lead to better sleep if it’s done a couple of hours before bed! Like many people, Hailee also finds candles relaxing and brings them along during her travels (as well as photos of her family to help her stay grounded). 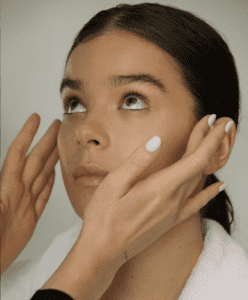 As for skincare and makeup, Hailee told Shape that a low-maintenance look featuring air-dried hair with some “dry texture spray”, moisturizer, and “a little foundation, concealer, and mascara” are all key for her easy makeup look. She also always wears sunscreen to protect her skin and decrease acne; you can see her using her favorite skincare and makeup products in the Vogue video below! One beauty product that Hailee loves is the Kora Organics Noni Glow Sleeping Mask, and another favorite beauty product is the Kosas cream blush and highlighter duo. Hailee is not afraid to do dramatic looks too, however — such as this one from the Met Gala red carpet!
Want more wellness inspiration from Disney celebrities? Check out the wellness and beauty advice from real-life Disney princesses!
Florence Pugh Hailee Steinfeld Hawkeye Jeremy Renner Marvel Marvel Cinematic Universe marvel studios Yelena Belova 2022-01-01
Sharon