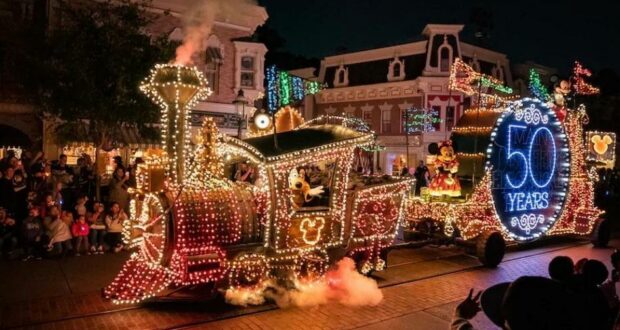 On June 17, 1972, Disneyland Resort Guests heard this now-iconic introduction come across the Park sound system for the first time:

Disney Parks Blog commemorated the day by sharing some pictures of the parade when it was new to the revived parade we know today, and there is a surprising amount timeless pieces that have remained a steadfast part of this nighttime parade. These include the iconic song, “Baroque Hoedown” by Jean-Jacques Perrey and Gershon Kingsley, the train and marquee bass drum leading the way with Goofy, Mickey Mouse, and Minnie Mouse, the whirly bugs, and luminous court dancers. 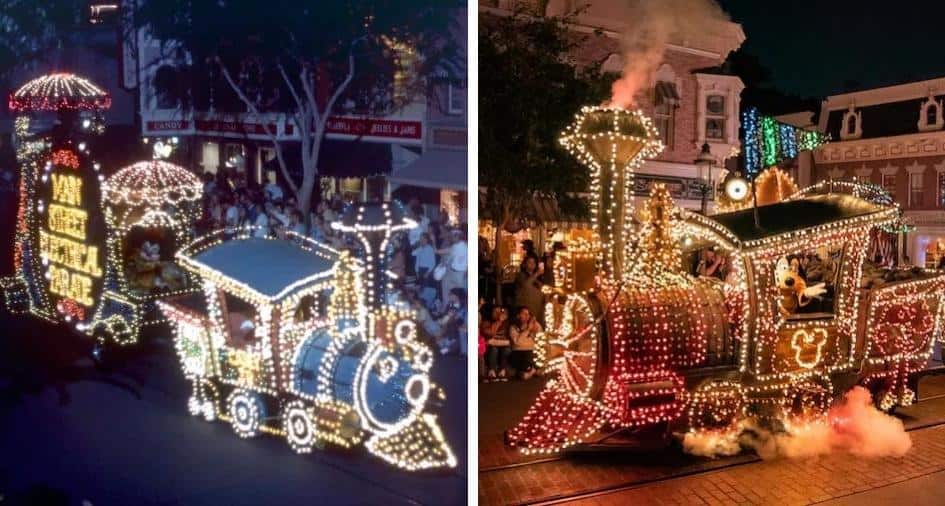 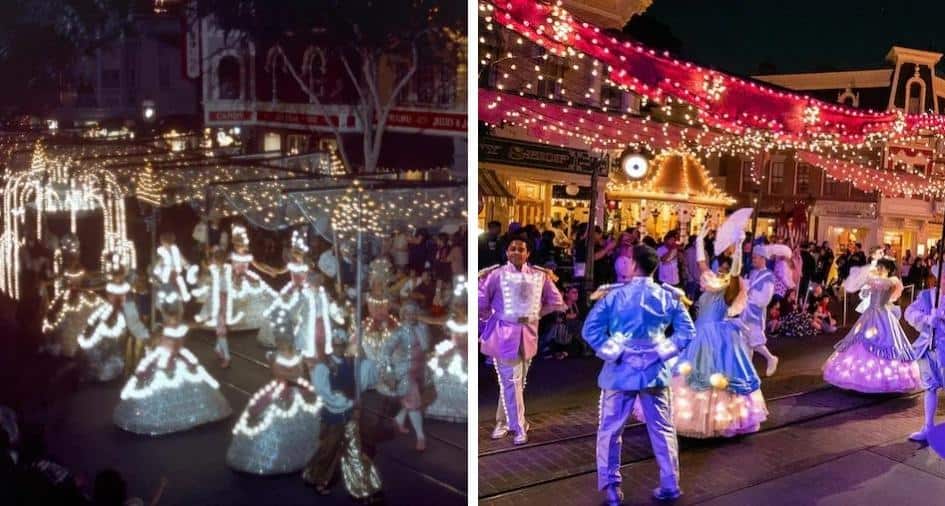 While this parade has not spend 50 consecutive years on Main Street, U.S.A., it has returned time and time again to spread magic to at least three different generations of Disney fans in both Disneyland in California, and the Magic Kingdom at the Walt Disney World Resort in Orlando, Florida.

Its latest return came earlier this year, and with it, a brand new finale featuring a smorgasbord of Disney movie characters.

Disney Parks Blog describes the new finale as the following:

The new finale celebrates the universal theme of togetherness, uniting more than a dozen Walt Disney Animation Studios and Pixar Animation Studios stories. As the grand finale passes by, guests along each side of the parade route see a different set of stylized scenes from classic and contemporary favorite stories such as “Encanto,” “The Jungle Book,” “Raya and the Last Dragon,” “Aladdin,” “Coco,” “Mulan,” “Brave,” “The Princess and the Frog” and more.

The Main Street Electrical Parade is back at the Disneyland Resort for a limited time.