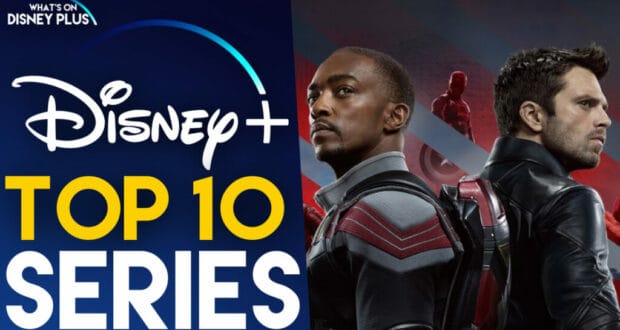 Have You Watched These Popular Disney+ Shows?

Marvel Studios “WandaVision,” took Disney+ by storm. This new show is a blend of classic television and the Marvel Cinematic Universe in which Wanda Maximoff (Elizabeth Olsen) and Vision (Paul Bettany) – two super-powered beings living idealized suburban lives – begin to suspect that everything is not as it seems. Fans of this series loved the cliffhangers and seems to grow more and more interested as each episode came out.

The Simpson family; Homer, Marge, Bart, Lisa and Maggie, as well as a virtual cast of thousands continue to be favorites. Since joining Disney+, this series continues to be a top watched show each month. With 700 episodes, there is something about almost everything.

Seasons one and two of this popular show are still drawing large viewing audiences. People have fallen in love with “Baby Yoda” and continue to watch this show each week for what new adventures and Star Wars secrets will be shown.

Puppy fans love Bluey a six-year-old blue heeler puppy who constantly is using her energy to play bringing humor and unpredictable to each episode.

This Disney Channel live-action series brings an idealistic teen from rural Texas embarks on the adventure of a lifetime when she decides to leave behind starry nights for big city lights. Thrilled to be on her own and determined not to be intimidated by New York City, she accepts a job as nanny for a high-profile couple with four kids. Helping to keep her moral compass in check are Bertram, the family’s butler, and Tony, the building’s 20-year-old doorman.

7) The Falcon And The Winter Soldier

Marvel Studios’ “The Falcon and The Winter Soldier” took Disney+ by storm this week. Directed by Kari Skogland with Malcolm Spellman serving as head writer, the series see these two heroes working together once again.

The 7th season of the show is a Disney+ exclusive plus there are over a hundred episodes available, making this one of the most binge-worthy shows on Disney+. Have you jumped on board yet?

If you are still a little fuzzy when it comes to various Marvel Cinematic Universe heroes and villains, this show is just what you need. There were four episodes released in March including Falcon, The Winter Soldier, Zemo and Sharon Carter, which helped get fans caught up ahead of the debut of “The Falcon And The Winder Soldier.

Fun-loving pug puppies, brothers Bingo and Rolly, have thrill-seeking appetites that take them on exhilarating adventures in their neighborhood and around the globe.

What Disney+ shows are you watching? Are sticking with old favorites like The Simpsons and Mickey Mouse Clubhouse or have you ventured into the new fan favorites of The Mandalorian and WandaVision?