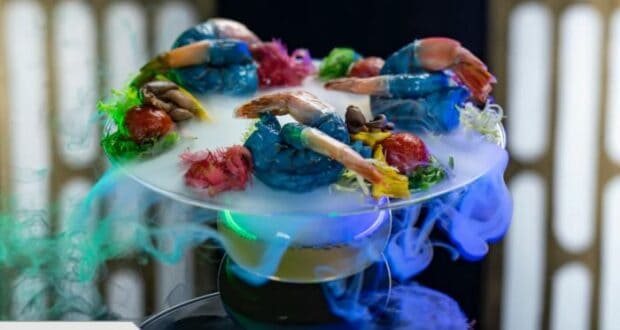 How Did Disney Create the Infamous Blue Shrimp on the Star Wars: Galactic Starcruiser?

Disney fans are abuzz with news of the Star Wars: Galactic Starcruiser, which launches for its maiden voyage beginning today, March 1, 2022. In addition to the overall immersive experience Guests can have onboard, along with dramatic storytelling events, exclusive Star Wars merchandise, and activities, and an excursion to Batuu on Black Spire Outpost in Star Wars: Galaxy’s Edge, Guests will be able to sample some of the most interesting menu items from around the galaxy. 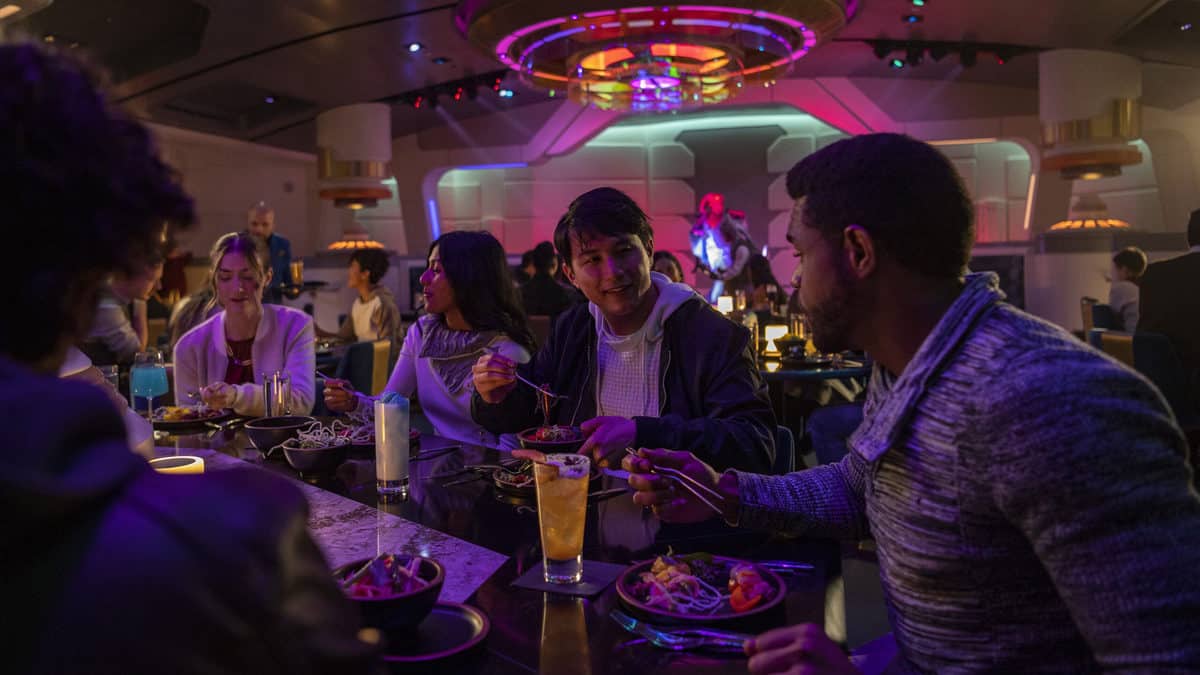 One of the most notable items we have seen in promotional photos since the announcement of the Halcyon starcruiser has been a plate of rather unique-looking blue shrimp. Here is the scoop on how Disney created this out-of-this-world dish.

The creators behind the infamous “Iced Blue Felucian Shrimp” on the Star Wars: Galactic Starcruiser recently spoke with CinemaBlend to share some insight into the creation of this memorable seafood item. The shrimp are featured in the Crown of Corellia Dining Room on the second night of Guests’ voyage aboard the Halcyon. During the second night of the trip, the dining room features a “Tastes Around the Galaxy” menu that includes various items inspired by the Star Wars Universe. 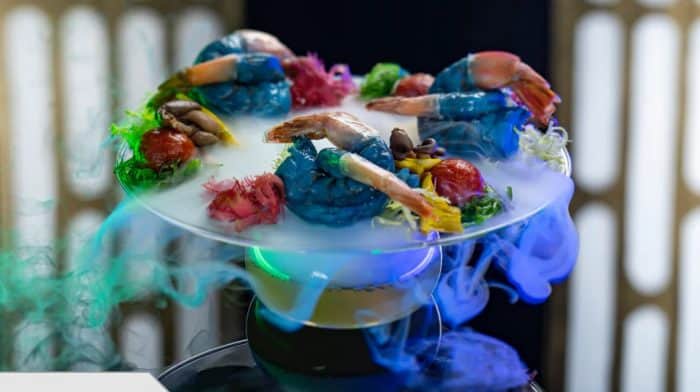 As for the shrimp, they are indeed shrimp cocktail and the process of getting this classic appetizer to the right shade of blue ahead of the opening of the Star Wars Galactic Starcruiser evidently took Disney’s culinary team six months. 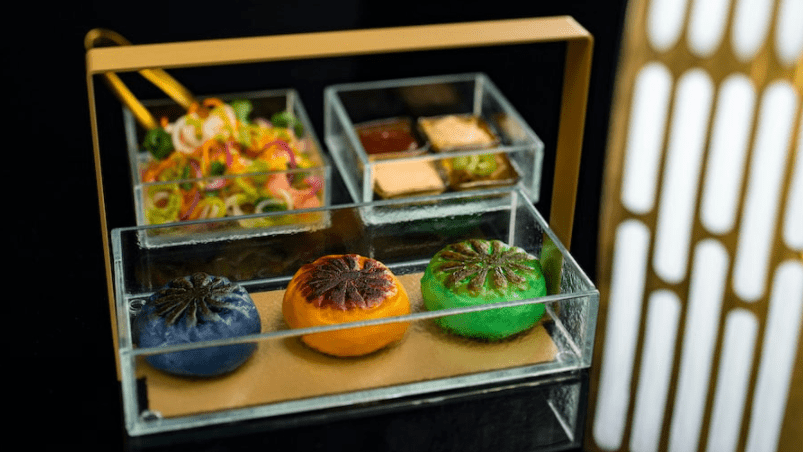 Early reviews from Guests and media who have already taken a voyage on the Star Wars: Galactic Starcruiser by the Chandrila Star Line have only had positive things to say about the Iced Blue Felucian Shrimp. While the dish was initially met with confusion and trepidation when it debuted in marketing photos last year, it does seem to be a hit so far!

Hoping to try the blue shrimp for yourself? Voyages aboard the Star Wars: Galactic Starcruiser are currently booked for many dates in the spring, but beyond that availability looks fairly open so far. The cost of the voyage ranged from $4,800-6,000 for the total experience depending on the room type and party size (less for a standard cabin or more for some of the luxury suites.) Complete details and booking information for the Star Wars: Galactic Starcruiser are available at StarWarsGalacticStarcruiser.com.