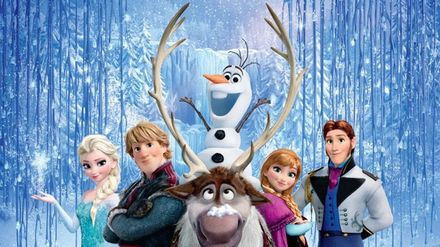 Disney’s Frozen ended up helping some researchers solve a 62-year-old cold case. Some new findings in Communications Earth and Environment show how these people used technology from the Pixar film to solve the Dyatlov Pass incident. How amazing is that?

For those unaware, A team of students and their instructor went on a mountaineering expedition in the Ural Mountains in 1959. What followed was pretty horrific. Their tent was found after a snowstorm ripped open from the inside and there were bodies scattered all around the nearby areas with traumatic injuries. People wondered how this could have occurred with no witnesses, and soon conspiracy theories began to bubble up from all sides. However, everything changed when a present-day researcher watched Frozen for the first time.

Back in 2013, at the height of Frozen fever, Johan Guame of the Snow Avalanche Simulation Laboratory marveled at how Disney was able to make such realistic snow. The technology to simulate that movement was unparalleled. So, Guame emailed the animators to inquiry. From there, he traveled to Los Angeles to meet with the specialist responsible for the movement on-screen. The researcher obtained a version of the snow animation code for his avalanche simulations. Gaume intended to figure out how avalanches would affect the human body.

In this catastrophe, the bodies of the travelers were found with extreme injuries including blunt force puncture wounds and cracked open skulls. It turns out, that when a wall of snow hits a precise angle, that ice can be like a projectile. With the data in-hand, you could build a model to explain these gruesome injuries with a very normal avalanche. The displacement of the bodies could be the result of some of the students trying to drag their friends to safety instead of merely abandoning the camp. It’s a wild ride to think that a simple computer simulation could shed so much light on a 60-year-old case, but here it is.

“People don’t want it to be an avalanche,” Gaume says. “It’s too normal.”

Had you ever heard of this story before? What do you think of it?