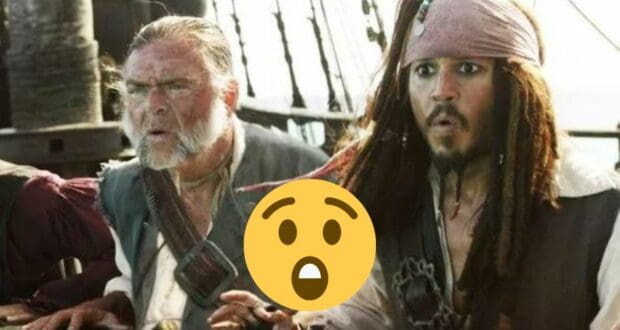 When the Pirates of the Caribbean films come to mind, there is arguably no character who will become a topic of discussion faster than Captain Jack Sparrow. The swashbuckling pirate played by Johnny Depp might have been accompanied by other stellar characters like Elizabeth Swann or Will Turner, but Captain Jack Sparrow typically came first in fans’ minds — and now that Jack Sparrow might not be back, and the Pirates of the Caribbean franchise appears to be moving on without him, one of Jack’s other companions is speaking up!

Kevin McNally is the British actor who played Joshamee Gibbs, the knowledgeable yet curmudgeonly pirate who served as Jack Sparrow’s righthand man (and provided plenty of comic relief along the way). It is unclear if Kevin McNally is joining the cast of the upcoming sixth Pirates of the Caribbean film, but the actor did share his thoughts on whether or not the franchise could survive without the role that Johnny Depp made so iconic. “I’ve never seen a hint of any dark side to Johnny. I see a great humanitarian and a beautiful human being. I don’t see any impediment for him coming back and playing Jack Sparrow,” the Joshamee Gibbs actor said.

Even though Johhny Depp said that he would not return to his Disney role, not even if an exorbitant amount of money like $350 million were offered, many fans have remained hopeful about the actor’s return and Jerry Bruckheimer did not entirely rule out the lead pirate’s return. Apparently, Jack’s fellow pirate is not ruling him out, either!

“I think there was a general feeling that without Jack there is no Pirates franchise. And there’s probably a lot of truth in that,” McNally admitted. “But now there have been questions about that, certainly why not have other Pirate films and certainly then why not have Jack back or Jack playing a different part”?

Even if Johnny Depp returned for only a brief cameo in his pirate role, or if he played a new character, the amount of signatures on petitions rejecting the sixth Pirates of the Caribbean movie and pleading for the actor’s return suggests that his appearance would be met with significant fanfare.

Are you willing to see more Pirates of the Caribbean films without Jack Sparrow? Did you forget about Jack’s close friend Gibbs, and have you seen any of Kevin McNally’s other projects?