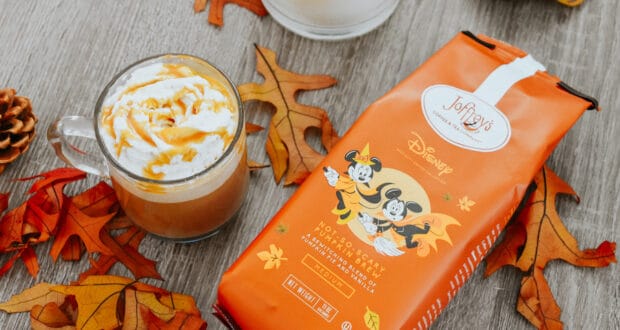 Few Disney Guests can head into the Disney Parks without a snack like a Mickey Mouse ice cream bar, some Grey Stuff, or a Dole Whip–but as the seasons change and things cool down, it’s time to embrace the kind of snacks and drinks that warm you up in the coziest way possible, and the Joffrey’s Coffee offerings in the Disney Parks are the perfect solutions! Chelsea Burnett, an Alliance Manager from Disney Corporate Alliances, took to the Disney Parks Blog to celebrate Disney’s collaboration with Joffrey’s Coffee. In the post, Burnett praised the variety of Joffrey’s Coffee, saying that “from the unique flavors of the Lion’s Latte at Disney’s Animal Kingdom Theme Park to the Round ’Em Up Latte at Disney’s Hollywood Studios, as the official coffee of Disneyland Resort and Walt Disney World Resort, Joffrey’s has something for everyone to enjoy”! Joffrey’s has worked with Disney since 1995, and the connection shows no signs of weakening as autumn expands and Disney Guests seek out cozy treats! With “19 kiosks and two indoor locations across Walt Disney World Resort” (not to mention the special 50th anniversary blend that was created for Disney World’s 50th anniversary celebration), Guests won’t be disappointed! If you’re specifically interested in that 50th anniversary special, lounge in your resort room to savor the in-room offer that features “100% Arabica beans from Central and South America” as well as “notes of blueberry, black cherry and a subtle hint of lemon”.

If you’re at Disney Springs during your Disney vacation, head to The Landing to sample the unique anniversary blend as well as “an all-new ripple to celebrate The World’s Most Magical Celebration”! Coffee ripples are a fun form of latte art that allow you to customize your drink’s design each time you place an order.

Joffrey’s kiosks are also adding some limited-edition menu items for the 50th anniversary festivities! If you’re in the Animal Kingdom, try the “Golden Savannah”. It’s “a frozen matcha frappe topped with whipped cream and green and gold sprinkles”, and we’re guessing you’ll be singing “Just Can’t Wait To Be King” as you sip it! When you’re in Hollywood Studios gearing up for a viewing of the Indiana Jones Epic Stunt Spectacular, consider trying the aptly-named “Golden Age”. This “creamy passion fruit frappe” has “whipped cream and yellow and gold sprinkles” to add to the glamour. While wandering the World Showcase in EPCOT, you can get a nice dose of some exotic flavors with the “Golden Stardust” menu item. This is a “creamy wild berry açaí frappe topped with whipped cream and blue and gold sprinkles”. We love the idea of this flavor combination–and everyone knows that açaí makes for great Instagram pictures! When you’re ending the night in the Magic Kingdom, the “Golden Shooting Star” sounds appropriate. This “strawberry frappe” has just enough “whipped cream and pink and gold sprinkles” to give you a sweet, charming, romantic end to your Disney day.

If you can’t get to Disney World for your Joffrey’s fix (or, to be honest, you’re just feeling rather lazy) then head online to buy more than “30 unique blends inspired by Disney Signature Dining Experiences, Resorts, and Magical Moments”! It’s time to ring in the new season with some comfy blankets, some pumpkin wreaths, and some coffee.