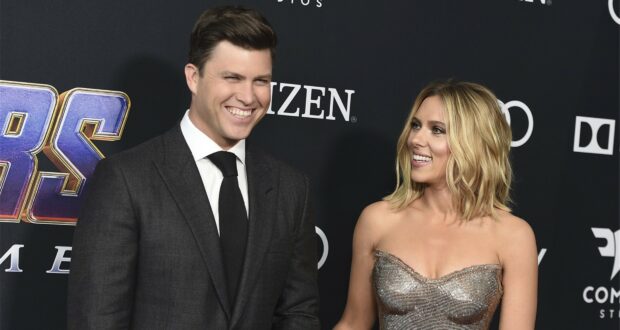 Just yesterday the news came out revealing that Scarlett Johansson’s husband reportedly confirmed that the Marvel star of Black Widow is pregnant. Johansson has been in the headlines for some time now, but apparently, she was very good at keeping her pregnancy out of the public eye as none of the headlines talked about the mother-to-be. Since the debut of the film Black Widow which hit theaters and Disney+ on July 9, it’s hard to look at any major media network and not see the name Scarlett Johansson pop up. This is especially true if you follow Marvel and Disney news. The actress recently announced she is suing Disney for the release of Black Widow on Disney+ which she says was not part of their original film contract. Disney responded with disappointment. As of most recently, it seems like Disney has cut all ties with Johansson by revealing she is no longer producing or acting in Disney’s upcoming “Tower of Terror” film. All the while, Johansson has likely been in her third trimester of pregnancy.

Colin Jost, the husband of Scarlett Johansson, leaked that he was about to become a parent. He was quoted saying to an audience member, “We’re having a baby, it’s exciting.” Rumors prior to Jost’s leak were flurrying about possible pregnancy when Johansson wasn’t present at the premiere event of Black Widow. Movie fans weren’t sure why she didn’t appear but many thought it was because of her upset with Disney.

On August 18, the father of the newborn, Colin Jost, took to Instagram to share the big news that a baby boy has been born! Jost used three hashtags in the post. Notice the 3rd one. “#wegotawaywithitforalongtime, #nokidspolicy, #we’regoingtodisneyworld“. The post included the following two images:

First of all, welcome to the world baby boy Cosmo! We’re extremely happy for Johansson and Jost! The couple was married in October 2020 and this little guy is their first together. Johansson previously had a daughter with her ex-husband Romain Dauriac in 2014. This is however Jost’s first time becoming a parent. But, did you notice Jost’s hashtag about #we’regoingtodisneyworld?!

We all know Jost must have an incredible sense of humor as he is a comedian and known as a talented Saturday Night Live writer. The “We’re going to Disney World” hashtag is rather entertaining, especially with Johansson and Disney’s current scuffle and parting of ways. Do you think baby Cosmos and family will be making a trip to Disney anytime in the near future?