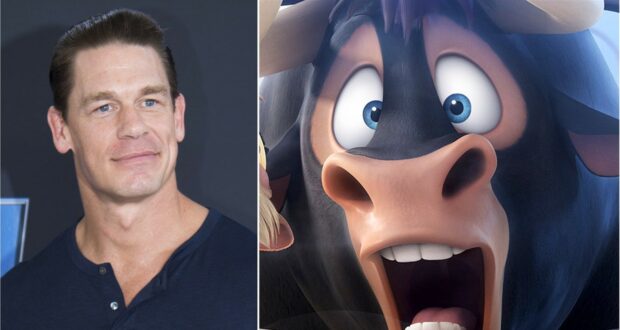 John Cena as “Ferdinand” Hits Disney Plus This Week

WWE stars seem to be making a name for themselves on Disney+. lately. Sasha Banks become a fan favorite in her role in The Mandalorian as Koska Reeves and we continue to have love for Dwayne Johnson in Moana, but now John Cena is joining the mix as Ferdinand will be added to Disney+ this week.

Ferdinand, which scored solid reviews from critics and earned close to $300 million at the box office back in December 2017, but is now mostly forgotten about. John Cena voices the title character, a bull who escapes the life of being trained as matador fodder before being adopted by a young girl to live peacefully on a farm, only to find himself on the run from the authorities who want to bring him back in.

Essentially a crime caper disguised as a kid-friendly adventure, Ferdinand provides undemanding entertainment for all ages, and could prove to be hugely popular when the Fox title gets added to the Disney Plus library on Friday.

Have you seen Ferdinand yet? Will you be tuning in this weekend?