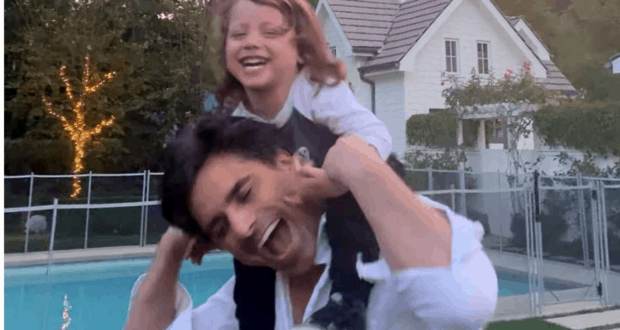 We all know that John Stamos is a huge fan of all things Disney and he is now thrilled he can share that love with his son William “Billy” Christopher who is now three.

Stamos revealed in a recent interview that Billy is finally starting to get excited about Disney and the parks.

“We took him [to the Disney parks] a bunch [when he was younger],” he tells PEOPLE exclusively. “I think he went there when he wasn’t even a year old yet because I was working down there and we all went.”

“He’s definitely a Disney kid because he loves [the movies],” the Big Shot star adds. “His first movie he loved that he watched was Coco. [He watched it] before he could barely talk. He was like ‘Coco, Coco.’ He loves Coco, he loves Moana. He loves those animated [films].”

We are thrilled to see Billy enjoying Disney as much as his dad does and can’t wait to see more photos of the family celebrating together in the parks.