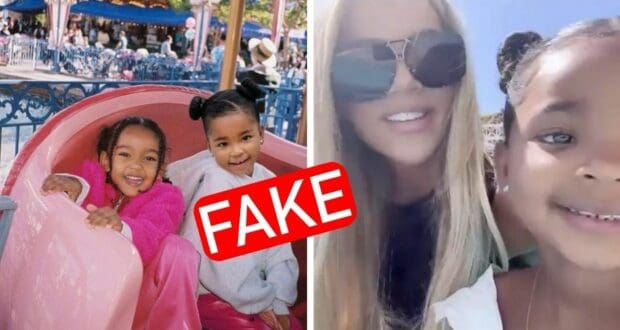 The Kardashians are known for their reality TV shows and their scandals, but the celebrities still celebrate family events in Disney Parks like normal people sometimes. Khloe Kardashian just took her daughter True to Disneyland Resort for her fourth birthday, however, and ironically brought up a new Kardashian scandal in the process! Khloe Kardashian took her daughter True (whose father is Tristan Thompson) to Disneyland Resort for the first time, saying that it was her four-year-old daughter’s first time at Disneyland on social media. Kim Kardashian and her children also accompanied Khloe and True for the birthday celebration in Disneyland, while family members Kris Jenner, Kaitlyn Jenner, Tristan Thompson, Kylie Jenner, and Kendall Jenner did not attend (although many Kardashian family members did wish True a happy birthday on social media).

Funny how Khloe said today was True’s first trip to Disneyland when Kim posted this a few months ago 🤣🤣 we knew it was photoshopped but 🥴 #Kardashians pic.twitter.com/uEHmpcb4n4

Khloe Kardashian’s statement that True had never been to Disneyland before would normally sound innocuous — if it weren’t for a massive Kardashian conspiracy theory that has had their fans speculating since October of 2021. Back then, Kim Kardashian posted suspicious pictures of the family at Disneyland, with True being one of the children in the photos.

True looked out of place in the pictures, and many eagle-eyed fans noticed strange things in the pictures that suggested Photoshop was involved. Although fans weren’t sure about why Kim Kardashian would have Photoshopped True into her Disney photos in order to hide another child who was really there, suspicions were strong that the child was Stormi (the daughter of Kylie Jenner).

We already knew that filmmakers can easily CGI anything from flawless skin to teeth on actors (including Marvel actor Tom Holland and actress Jennifer Lawrence), so Photoshopping a photo like this certainly seems plausible! True is on the right. Credit: buzzfeednews.com/Instagram 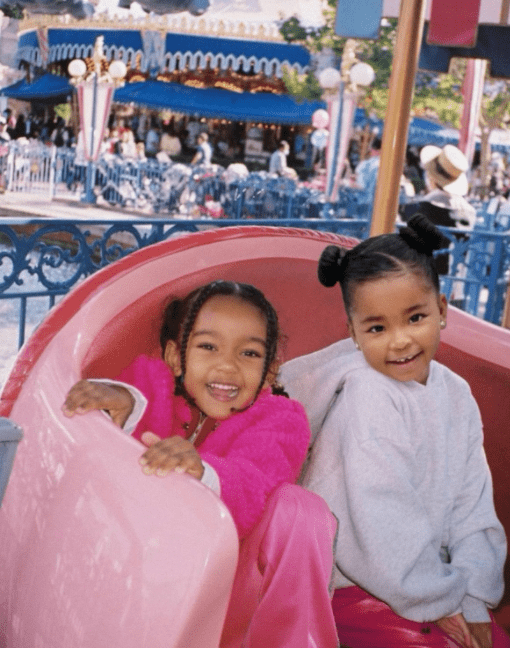 True is on the right. Credit: buzzfeednews.com/Instagram

Fans, of course, have instantly caught on to Khloe’s accidental admission about the Photoshop incident; obviously, True hadn’t actually been there last year and was indeed edited into the photos after the fact! Khloe Kardashian acknowledged her error, Tweeting about the self-sabotage with some profanity and relatively good humor before quickly switching topics to her family’s new reality TV show.

It’s not entirely clear why the child (who was most likely Stormi) was replaced with True in the pictures, but some believe that the Photoshopped picture was made because Stormi’s parents Kylie Jenner and Travis Scott were in the middle of a serious controversy due to deaths at his concert. Editing Stormi out of the photos and editing True into the photos might have been done in an effort to remove attention from the couple and their nuclear family.