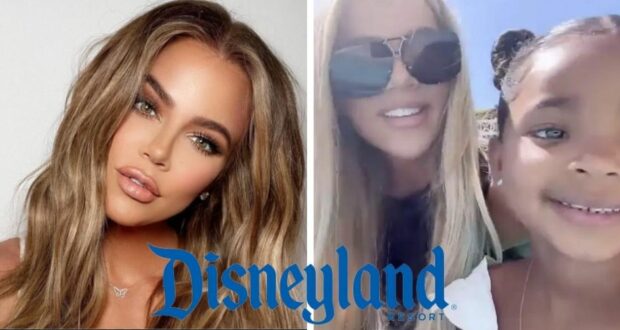 Kardashians Celebrate a Birthday at Disneyland

We already knew that lots of celebrities in California frequently visit and enjoy the Disney Parks in Disneyland Resort, and that plenty of them have celebrated special occasions within Disney Resorts or Disney Parks (after all, Turning Red and High School Musical: The Musical: The Series actor Jordan Fisher actually got married in the Magic Kingdom in front of Cinderella Castle!). Apparently, the famous Kardashians are not immune to Disney magic, either — and one Kardashian child just celebrated a birthday in Disneyland! According to ET Online, “throughout the day, Khloe, Kim and the kids rode rides including Dumbo and Toy Story, and enjoyed the Park parade, where True and Chicago enjoyed a churro snack”.

During the day’s celebrations at Disneyland, Khloe Kardashian also inadvertently exposed her sister Kim Kardashian’s suspicious Disney photoshop from last year after she said that it was True’s first time in Disneyland. Many Kardashian fans had noticed that True looked out of place in some photos from Disneyland last year, and suspected that Kim had photoshopped her niece into the photos for some reason. It was also suspected that True was in the pictures to hide Stormi, the daughter of Kylie Jenner, who was presumably there instead.

Now that Khloe has confirmed the information accidentally (which she acknowledged briefly on Twitter, using some profanity and retweeting a fan’s post from below), True’s Disneyland birthday has caused some minor Kardashian scandal!