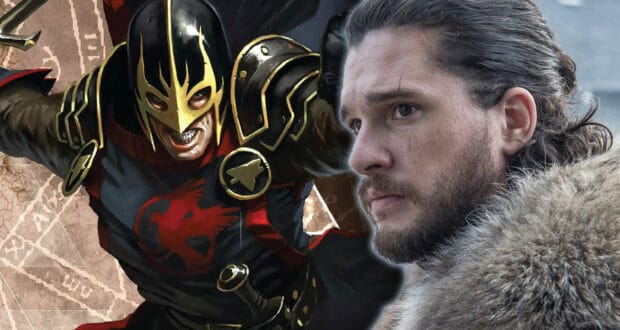 We know that Marvel likes to keep information regarding new movies and shows under wraps as much as possible, but we didn’t realize how quiet they keep things.  Apparently actor Kit Harington had to hit up Google to figure out more about the Black Knight which he will be playing in Eternals this November.

“I just think it’s an aura, I think that there’s a kind of, like… you just know. No one tells you, no one says you can’t say anything,” Harington began. “First of all, I didn’t get sent a script, I just got sent ‘This is who you’re playing.’ And so I was like ‘OK,’ so I just had to Google the character, which is a hell of a way to kind of work out who you’re playing. I Googled him, and I was like, he’s a character called Dane Whitman, and I realized he has a sword and rides a horse, and I was like ‘I know this guy! I’ve been this guy!’ But actually he’s quite different.”

We look forward to seeing how Google helped him on when Eternals comes to theaters this November.