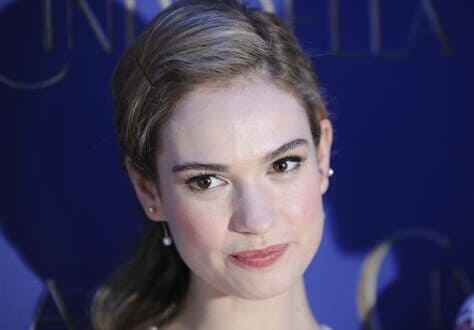 The actress Lily James is already known for her work as Cinderella and her work in romantic comedies–but now the Englishwoman is playing another classic Disney princess! The Disney princess that Lily will play is none other than Belle from ‘Beauty and the Beast’, and she’ll be playing the princess in BBC Two’s “star-studded Christmas pantomime“. These pantomimes are done for Comic Relief, and (ironically) last year’s was about Cinderella. However, Anya Taylor-Joy played her instead of Lily! Olivia Colman, Helena Bonham Carter, and Daniel Craig had also been in the cast, and the show “raised nearly £900,000 for Comic Relief”. 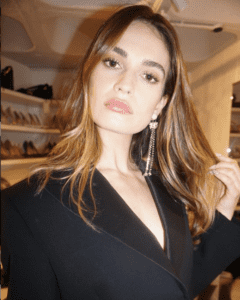 Apparently, this pantomime will be filled with “clever cameras tricks, surprising moments of comedy and of course big guest stars.” Last year’s pantomime was done virtually, and it looks like this one will be done that way too! Illustrations from Quentin Blake will accompany the actors’ performance. As usual, this Lily James version of Beauty and the Beast will focus on the “unlikely romance between a cursed beast and his warm-hearted prisoner”. Since it’s a pantomime, however, there will be plenty of humorous excursions from the original plot!

When it comes to playing Belle (who goes by a different name in this panto), Lily already has several things going for her. She can do a beautiful French accent, as seen in part of Cinderella, and she actually is a “really dark” brunette who had dyed her hair to play Cinderella. Lily has a gorgeous singing voice, as evidenced by her song in Cinderella and her role as Donna in Mamma Mia 2: Here We Go Again, and she’s played plenty of independent, resourceful women. If you want to see how Lily fares in her second turn as a Disney princess,  then head to BBC Two on Sunday December 19th at 9 p.m!