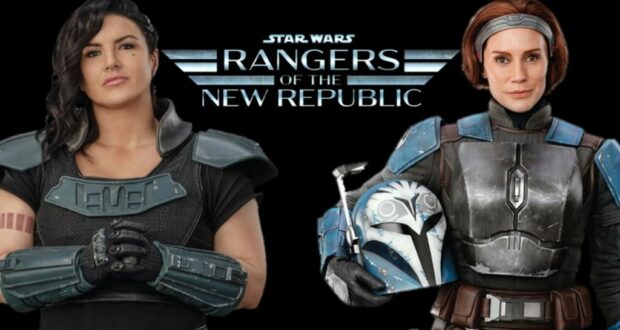 Lucasfilm has announced a variety of new films and new series coming in the upcoming years. Fans are excited to see Book of Boba Fett Rogue One prequel Andor and Obi-Wan Kenobi. Ashoka and The Mandalorian season three will begin production later this year. The one we haven’t heard much about until recently has been Rangers of the New Republic.

Rumors gathered around Rangers of the New Republic discussing if it would be a Mandalorian spin-off centered around Gina Carano’s Cara Dune, Bill Burr’s Mayfeld, and Katee Sackhoff’s Bo-Katan. None of this was ever confirmed and now we might never know what could have been.

In a recent article seen in Variety, it was released that : “Rangers of the New Republic,” is not currently in active development.”

Unfortunately it looks like this series might be no more right now following the split between Gino Carano and Lucasfilm. While Rangers of the New Republic is not in active development, that doesn’t mean that those plans could change with different characters. Until then, we have to wait and see what the future brings.

We will have to wait and see.