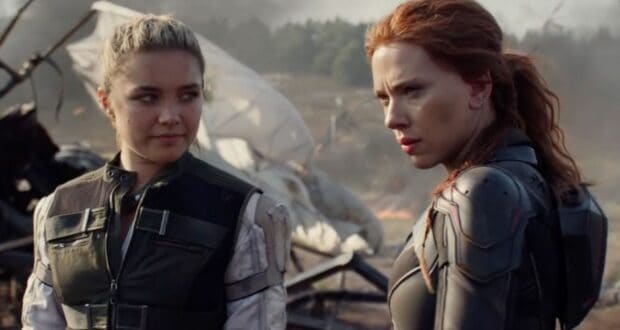 Black Widow hit major milestones during the first week in theaters and on Disney+ Premier Access but it has quickly seen a down turn as weeks progressed.

At first theaters blamed the fact that the film was released both on streaming and in the theaters for the flat numbers; however, now it seems like there is another issue as well- pirating.

Black Widow is now the most-pirated movie of the Pandemic Era as they are calling it and has spent two weeks at the top of this not so great chart.

It isn’t surprising that piracy is increasing and Netflix, Amazon, Disney Plus, Hulu, HBO Max, Paramount+, Peacock all seem to be dropping big, exclusive titles that there is some sharing going on between households.

It will be interesting to see if numbers continue to fall for Black Widow overtime.