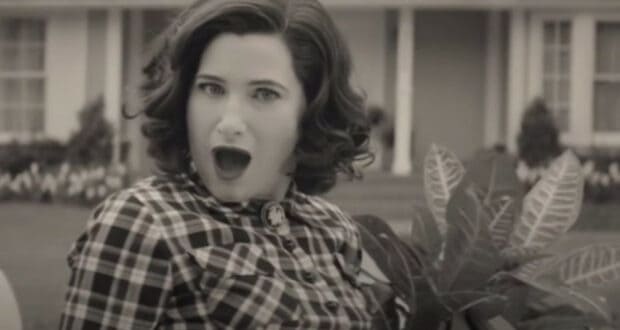 Marvel has released several standalone series on Disney+ over the past year, including “The Falcon and the Winter Soldier” and “Loki“. However, it was the “Wandavision” series that arguably created the most questions during its release, and that show’s surprise antagonist, Agatha, seems to be getting more attention from Disney. Scott Gustin reported on Twitter that Disneyland’s Oogie Boogie Bash villain roster seems to include Agatha, after he saw her in the teaser clip that was released.

Uh… Disneyland just announced new villains for this year's Oogie Boogie Bash and AGATHA is included in the tease video.

In theory, the show Wandavision actually has a simple concept: the Scarlet Witch, played by Elizabeth Olsen, is a grieving Avenger who (rather than enduring the real loss of Vision, the humanoid robot that she had fallen in love with) uses her superpowers to take over a small town and force the inhabitants to live in the ‘perfect’ microcosm that she has created with Vision in tow. As a tongue-in-cheek reference to television’s evolution, each episode is treated like it’s filmed in a different decade. Tropes from the sitcoms of different decades (ranging from the 1950’s to 1990’s) permeated each unique episode, while the overall plot (and the present-day investigators outside the bewitched town) progressed a little more each week. 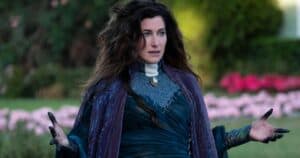 The big plot twist for viewers came when Agatha, the stereotypically-wacky neighbor, turned out to be a powerful witch. As a fellow witch, she was very aware of Wanda’s supernatural manipulations of the town, and she quickly became the antagonist. Viewers were very fond of her signature song, “It was Agatha All Along”, and the song was a success on Itunes! With Agatha’s popularity, it’s not surprising that Disney is presumably interested in expanding her role as a villain. We’ll be excited to see what develops with Agatha, and if she’s at the Oogie Boogie Bash in Disneyland this fall! Do you want to see more of this particular villain?