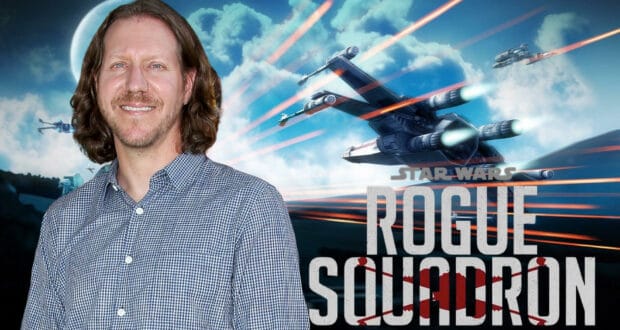 We have been waiting almost six months for more information about Rogue Squadron and now we have it. It was announced earlier that Patty Jenkins would direct but now we know that Matthew Robinson will be writing the project.

The hope is the pre-production to start in the fall of 2022 with Rogue Squadron dated for release December 2023.

The story will introduce a new generation of starfighter pilots as they earn their wings and risk their lives in a boundary-pushing, high-speed thrill-ride, and move the saga into the future era of the galaxy.

Robinson is highly sought after in Hollywood and is known for the live-action adaptation of Dora and the Lost City of Gold, Love and Monsters, and has also worked on the Edge of Tomorrow sequel, Live Die Repeat and Repeat, which is in development at Warner Bros., and the Little Shop of Horrors remake also in development at WB.

Rogue Squadron will be the first Star Wars theatrical release since The Rise of Skywalker in 2019. The Star Wars universe has been focusing on Disney+ Original series such as The Mandalorian, The Book of Boba Fett and The Bad Batch to name just a few.

We look forward to see what this film brings to the Star War story.