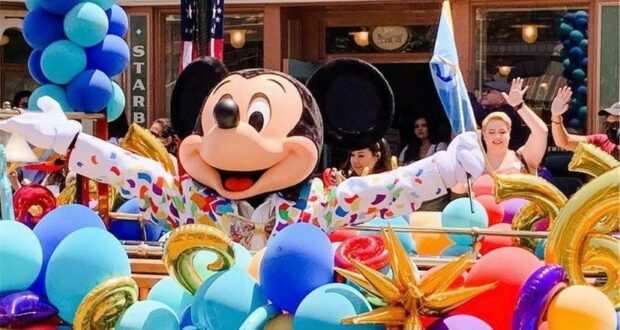 Mickey’s Toontown Is Closing in 2022 For Renovations

Disney World has started many renovations lately, and now it’s Disneyland‘s turn. The popular area in Disneyland known as Mickey’s Toontown is closing in March of 2022 to be changed into a new space that will include an attraction called “Mickey & Minnie’s Runaway Railway”. “The new area will feature “new play experiences” and grassy areas — and will still be home to Mickey, Minnie, Goofy, Donald Duck and more,” according to the Tweet below that was posted by Scott Gustin.

NEW: Mickey’s Toontown at Disneyland will close March 2022 and reopen in early 2023 when Mickey & Minnie’s Runaway Railway makes its debut.

The new area will feature "new play experiences" and grassy areas — and will still be home to Mickey, Minnie, Goofy, Donald Duck and more. pic.twitter.com/KrmkUa9F3u

According to the Disney Parks Blog, “an ambitious reimagining of Mickey’s Toontown in Disneyland park will debut in early 2023, alongside the new attraction, Mickey & Minnie’s Runaway Railway. This news was shared today at the International Association of Amusement Parks and Attractions (IAAPA) Expo by Chairman of Disney Parks, Experiences and Products, Josh D’Amaro”.

So far it sounds like the reimagined version of Mickey’s Toontown will still be very family-friendly, and the “Imagineers are working to create some all-new experiences so families and young children can have more opportunities to play together inside Disneyland park”. It will specifically be meant to appeal to families with children, and will include “new play experiences, as well as open, grassy play spaces for everyone to unplug.” In addition, “the land will have landscaping for both spontaneous family play and parental relaxation”. Check out some concept art for the area below!

The biggest highlight in the aforementioned green space will be “CenTOONial Park”, which will be a “natural space…anchored by two interactive play experiences”. There will also “be a fountain, designed for play, which will also become a center icon for Mickey’s Toontown” and which will light up at night. The finishing touch for the park will be “a nearby dreaming tree…inspired by the tree a young Walt Disney would daydream under in his hometown. Sculpted tree roots will provide an opportunity for children to play, crawl and explore, and undulating topography will offer rolling hills and a place to sit and dream”.

Just announced! Mickey’s Toontown in @Disneyland park will transform into a vibrant symphony of sights, sounds, & sensations – featuring some all-new play experiences for families and young children. This ambitious reimagining is set to debut in 2023! https://t.co/Z87dRpzOfB pic.twitter.com/IRKXFBb2H5

Are you looking forward to the renovations of Mickey’s Toontown?