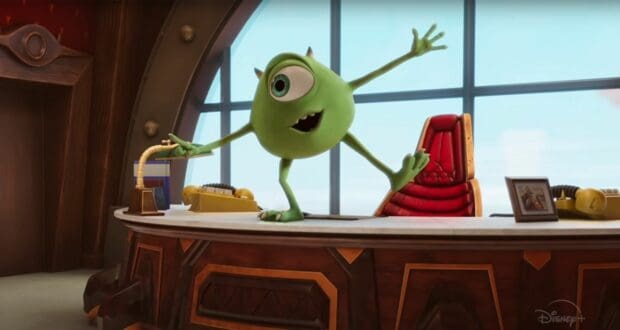 “Monsters At Work” Gets An Emotional Ending

Fans of Pixar’s “Monsters, Inc.”, “Monsters University”, or the Magic Kingdom attraction “Monsters Inc. Laugh Floor” were pleased when James P. Sullivan (voiced by “The Emperor’s New Groove”‘s John Goodman) and Mike Wazowski (voiced by comedian Billy Crystal) received their own spinoff series on Disney+. The show “Monsters at Work” has been airing on Wednesdays (along with Loki) and has consistently been a crowd-pleaser. Like many Pixar films, it’s full of witty one-liners and tongue-in-cheek humor, but it’s also got a lot of what makes most Pixar movies memorable: heart. And for the show’s season finale, things took a surprisingly heartfelt turn! 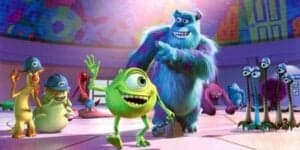 Monsters at Work tells the story of Tylor Tuskmon, a young and optimistic monster whose specialty is “scaring”. However, the show takes place just after the events of Monsters Inc., when Mike and Sully have discovered that laugh power is better than scream power. Unfortunately, Tylor has just graduated with flying colors from Monster University’s Scare Program, and when he shows up for his first day at Monsters Inc., he finds himself trying to become a Jokester instead. 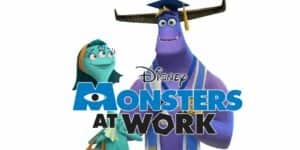 Until Tylor can pass his auditions as a funny monster instead of a scary one, he’s placed in the MIFT department, otherwise known as the “Monsters Inc. Facilities Team”. This department has a slew of quirky characters, including the cheerful Val (voiced by “Inside Out”‘s Mindy Kaling), the antagonistic Duncan, the sardonic Cutter, and the sentimental boss Fritz. 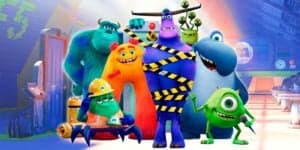 The “MIFTers” have had several comical or emotional journeys throughout the first season of this show, with Mike and Sully making lots of appearances, but the final episode leads to Tylor’s biggest dilemma: should he progress to being a Jokester and achieving his dream of working on the Laugh Floor, or should he stay with his friends in MIFT?

The resulting choice and the reactions of Tylor’s coworkers proved to be both emotional and heartwarming! Have you been watching “Monsters at Work”? What did you think of the season finale, and are you hoping for a season two?