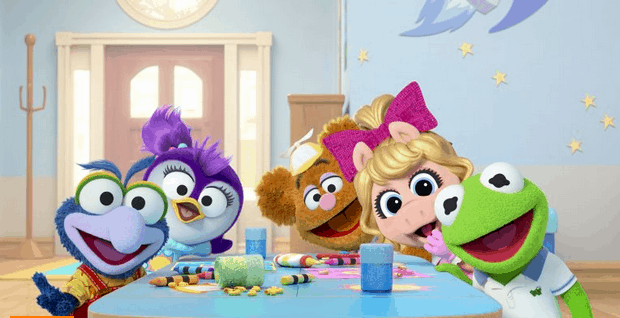 We were thrilled to hear that season three of Disney Junior’s Emmy Award-nominated series “Muppet Babies” will be back on Friday, January 4th.

The reimagined, CG-animated “Muppet Babies,” which chronicles the hilarious playroom antics of a young Kermit the Frog, Piggy, Fozzie Bear, Gonzo, Animal and Summer Penguin, is Disney Channel’s #1 series with kids 2-5 and has garnered a total of 255 million views on Disney Junior YouTube since its March 2018 premiere.

In the season three premiere, Fozzie shares the news that his family is adopting a little sister, and he’s worried that he doesn’t have what it takes to be a big brother. Fozzie’s “Muppet Babies” friends use their imaginations to enroll him into “Rizzo’s Big Bruddah School.”

“Muppet Babies” will be on Disney Junior and in DisneyNOW and will all Disney Channel shows, it will soon be added to Disney+ following the initial run on the Disney Channel.

Will you be tuning in for season three of “Muppet Babies”?