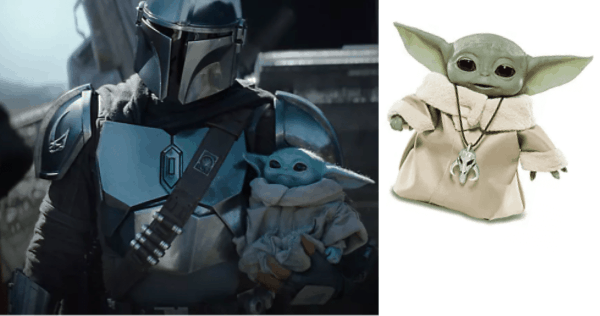 My Very Own The Child? YES PLEASE!

The Mandalorian and The Child took the hearts of viewers young and old. With season two starting on Disney+ Baby Yoda has once again has taken over and now we can pre-order are very own? We are all about this!

On shopDisney, you can now pre-order The Child Animatronic Edition by Hasbro – Star Wars: The Mandalorian. For $59.99 you can have your very own The Child to take care of and protect at home. Touching the top of The Child Animatronic Edition’s head activates over 25 sound and motion combinations, including happy and excited sounds, giggles, babbles, and more, all while the figure’s head moves up and down, ears move back and forth, and eyes open and close.

shopDisney goes on to share all the different features The Child is able to do. It can closes its eyes, raises its arm, and sighs as if exerting a great amount of energy. It also has a series of sounds including happy and excited, giggles and babbles, tired and sleeping, and Force effects sounds.

Patting The Child Animatronic Edition’s head 3 times for Force activation, in which the animatronic toy will raise its arm, close its eyes, and sigh, as if using the Force. And it also has a force nap feature after it uses the Force. Lay The Child toy down and it will close its eyes and take a “Force nap”

This lovable The Child will be available soon on shopDisney so don’t wait to get your pre-order done today before it is too late.