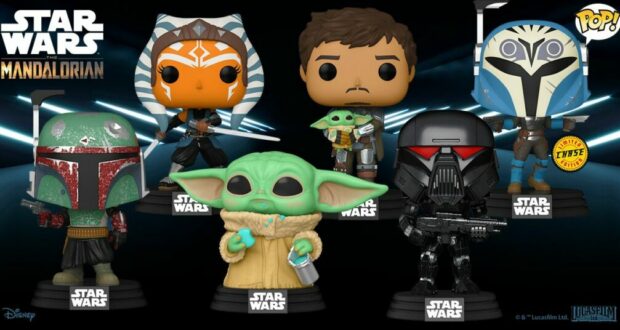 Fans of the Disney+ series The Mandalorian will want to snag these new Pop Vinyls. Well known and beloved characters from the series take form in adorable new Pop Vinyls.

The new wave includes Boba Fett, A Death Trooper, Grogu, Ahsoka Tano and an unmasked Mandalorian.  There are also some exclusive variants of Ahsoka and Grogu, plus there is a chase version of Bo-Katan.

This set won’t be available until August, but you can start pre-ordering from sites today. The 6 figure case is $65.99 on most retail sites such as Entertainment Earth.

Will you be getting thesee?