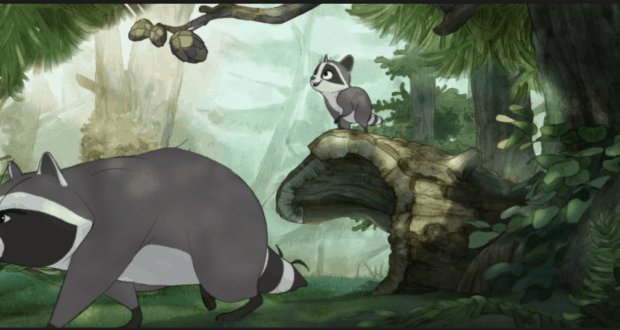 We have now been given our first pictures from the new short “Far From the Tree”. This short is directed by Natalie Nourigat who grew up in the Pacific Northwest giving her the inspiration for the short.

Far From the Tree, which will debut with Disney’s Encanto in November, makes its world premiere at an Annecy Festival screening on June 15. Nourigat previously directed the Short Circuit episode Exchange Student, and worked as a story artist on Ralph Breaks the Internet and Raya and the Last Dragon.

The short focuses in on parenting and how it isn’t an easy task. Taking place on an idyllic beach in the Pacific Northwest, a young raccoon becomes curious making parents frustrated and nervous to keep them safe. This young raccoon will learn that while there is reason to be fearful, as danger lurks around every corner, it is still possible to live with an open heart.