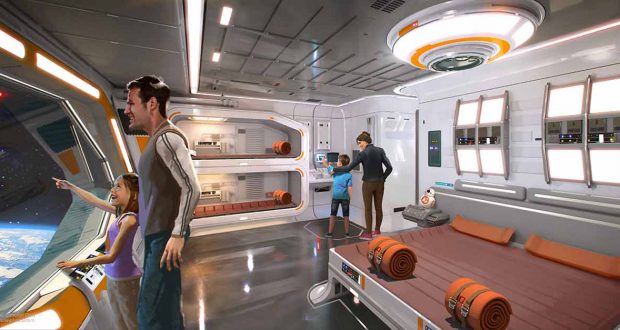 Who amongst us would not cherish a spectacular Walt Disney World vacation?  There are many of us who save all year for that most awesome Disney vacation destination.  Now and in the near future is a great time to plan your Disney World trip.  There are so many new adventures, rides, attractions, stage shows, parades, spellbinding fireworks extravaganzas, and brand new themed resort hotels coming soon to this “most magical place on earth”.  Let’s take a look at some of those new Disney Resort Hotels.  The first two are not brand new, but with the outstanding upgrades can easily be considered “new”. 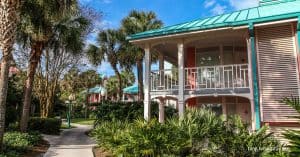 Disney’s Caribbean Beach Resort opened at Walt Disney World on October 1, 1988. Although this Disney Resort is over thirty years old, it is undergoing a major refurbishment that will seem like a brand new Resort once it is completely finished.  The upgrades are phenomenal and for those who have been guests of this resort in the past will be amazed by the changes.  The front lobby and “Old Port Royale” have been combined so that both are accessible by the main entrance.  The newly renovated front lobby with brand new lighting and furnishings reflect the laid back atmosphere of a Caribbean beachfront property. “Sebastian’s Bistro”, a new table service restaurant, and the “Spyglass Grill”, a poolside quick service walk-up counter, are new dining options now serving up a menu with a Caribbean-style cuisine. The most exciting change coming to this resort is the addition of the newest form of transportation, the Disney Gondola Skyliner system, which will have a station on the property.  Guests will have the privilege of boarding a roomy, comfortable gondola for a bird’s eye view of Walt Disney World with connecting stations at Epcot, Disney’s Hollywood Studios, Disney’s Pop Century and Art of Animation Resorts, and the newest Disney Resort Hotel, the Riviera.  Disney’s Caribbean Beach Resort will once again be one of the most popular Disney Resort Hotels. 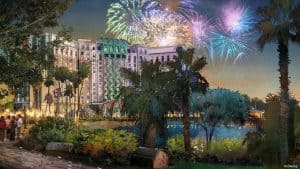 Coronado Springs Resort opened on August 1, 1997, and like Disney’s Caribbean Beach Resort is also undergoing a massive expansion, including a new 15-story tower, the “Gran Destino Tower”, featuring a gorgeous two-story lobby, which will become the new main entrance point for guests. The expansion will add 545 new guest rooms (including 50 suites).  Other fantastic upgrades include new fixtures, furnishings, and lighting in all of the 1800+ existing rooms (queen beds replacing double beds), and two new restaurants.  “Toledo—Tapas, Steak, and Seafood”, an elegant table-service restaurant will offer a Spanish cuisine and rooftop dining at the new “Gran Destino Tower”. The other new eatery, “Three Bridges Bar & Grill” will be located on Lake Lago Forado, assessable by way of three bridges connecting to various parts of the Resort.  It offers casual dining, serving typical bar food like sandwiches, salads, shared plates, fancy beverages, along with a beautiful view of the lake.  Guests who have stayed here before will be amazed at the changes and beauty of this iconic Disney Resort.

Disney has just announced a brand new Hotel coming to Walt Disney World in 2022.  This top-tier, deluxe-level Disney Resort will have over 900 rooms at its Bay lake-adjacent waterfront property.  It will be located between Disney’s Fort Wilderness Resort and Disney’s Wilderness Lodge, where the former River Country Water Park was located.  It is being promoted as another Resort inspired by nature, due to its proximity to surrounding trees and waterfront views.  The interior design and outdoor landscaping will resemble the rustic atmosphere which is also displayed in both Wilderness Resorts.  Disney and Nature go hand-in-hand, as witnessed in Walt Disney’s love of nature, highlighted in his revolutionary “True-Life Adventure” series combining entertainment with education and giving audiences a glimpse of wild animals, their habitat, and the world of nature. 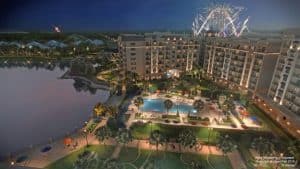 Scheduled to open in December, 2019, this luxurious this newest Disney Vacation Club Resort is inspired by Europe and imagined by Disney.  Take the grandeur of Europe and infuse it with the magic of Disney, and you will experience the French Riviera-Disney Style.  The Riviera will joint the more than 25 Disney Resort Hotels that are located on Disney World property.  It will feature 300 apartment-like accommodations available in a mix of Tower Studio, Deluxe Studio, and 1, 2, or 3 bedroom villas.  The Mediterranean-themed pools offer a family-friendly pool for swimming, splashing, and playing, or unwind in a more serene pool.  The dining choices are incredible; the amenities are incredible, and the entertainment and activities are magnificent.  Like other select Disney Resort Hotels, the Riviera will have a Disney Skyway Gondola station, which will connect with other select Disney Hotels and select Disney theme parks.  Enjoy luxury at its finest at Disney’s newest Resort Hotel. 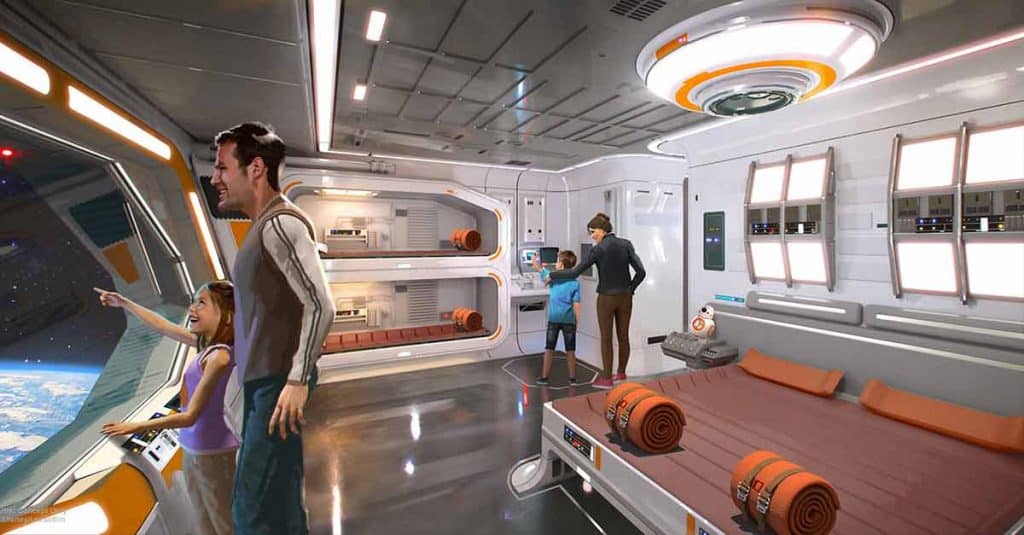 Hollywood Studios/ Star Wars: Galaxy’s Edge—Opening Fall, 2019–Yes, it’s a 100% immersion experience at a Disney Resort Hotel which will be like no other Disney Resort.  Guests enter the Hotel as passengers on a journey into outer space aboard a Starship to a “galaxy far, far away”.  During their journey guests will be able to interact with cast members who have transformed into “Star Wars’ characters, other guests, crew members, shopkeepers, etc.  These cast members stay in character, with surprise guests and experiences which are all part of the total immersion.  All windows will show scenes of outer space, and give the appearance of space travel. Guests will also be given “Star Wars” attire in order to become a part of the story.

The Hotel will be located just south of Hollywood Studios, to the East of World Drive.  Guests at the Hotel will also be able to travel directly to “Star Wars: Galaxy’s Edge” by a shuttle-pod transportation system.  The system will be made to resemble a shuttle spacecraft that would ferry guests between the Hotel and the land while maintaining the illusion of traveling from space to the planet’s surface and back. How’s that for Disney imagination? I can’t wait to take this journey! I am sure there will be even more new and exciting Disney Hotel Resorts coming to Walt Disney World in the future.  As Walt Disney once said about Disneyland, “Disneyland will never be completed.  It will continue to grow as long as there is imagination in the world”.  I am sure Walt’s philosophy applies to all the Disney Resorts and theme parks.  New rides, attractions, lands, and Disney Resort Hotels are being added, with new plans are ongoing for more changes coming soon. Thank you, Mr. Disney, for sharing your dreams and visions with the rest of the world.

For assistance in choosing and booking your restaurant choices at Disney, Mickey Travels Authorized Vacation Planners can help! Their Disney Pros can help plan every aspect of your Magical Disney vacation – Discover more here.