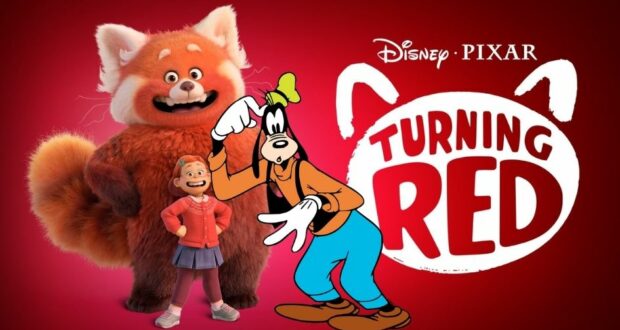 OpEd: This ‘Turning Red’ Deleted Scene Will Make You Dislike the Movie Even More

Either you’re a fan of Disney and Pixar’s newest film Turning Red (2022) or you’d rather watch anything (and I mean ANYTHING) else in its place. While I don’t mean to offend those that love the film, a new deleted scene is surfacing that has me disliking Turning Red even more.

When Turning Red dropped for free on Disney+ I was thrilled to gather up the family for a Disney movie night. Instead, the film quickly became laughable and not in a good way throughout my household. The story plot, the rough animation, the characters… it just didn’t measure up to a Disney movie expectation for my family.

I’m not sure if it was the recent smashing success of Disney’s Encanto (2021) or what, but the film has been a disappointment for many. On the flip side, many Disney fans are singing its praise as a beautiful ode to Mothers and a film young men really should see. I was also extremely excited to see the film as Disney’s first all-women staff and creative minds behind Turning Red.

Without a bunch of spoilers, Turning Red is about a teenage girl named Mei Lee (voiced by Rosalie Chiang) that finds herself turning into a giant red panda when her emotions get high. Her mother, Ming Lee (voiced by Sandra Oh)… well, gives moms a not-so-fantastic reputation with plenty of mother-daughter issues as the primary focus of the film.

Recently, @PixarTurningRed shared bonus material including a deleted scene. If you disliked the film and its hard-hitting Mommy issues, then chances are this is another piece of the Turning Red puzzle that will have you rolling your eyes as it seems like Disney and Pixar were trying way too hard.

Check out the video clip below introduced by the film’s director Domee Shi. Tip – the actual deleted scene starts around the 40-second mark:

There you have it! Mother Ming Lee takes her whole need to be perfect and have a perfect daughter to another level. Thankfully, this one was cut from the official film as it’s just one more attempt to try so very hard to entertain viewers with excessive Mommy issues.