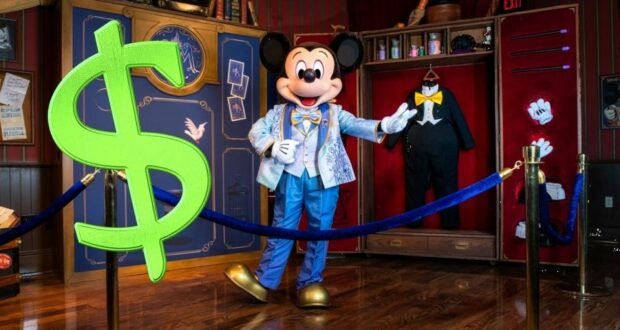 OpEd: We Shouldn’t Have The Option to Pay to See Mickey Mouse

From time to time I find myself struggling as a Disney fan. It’s no secret that with the Disney highs come the Disney lows… and some Disney events most recently have me feeling the lows.

Chances are if you’re a Disney fan, you are well aware by now that Walt Disney World Resort and Disneyland Resort both offer the new Disney Genie. This three-part addition in the My Disney Experience App includes the complimentary Disney Genie to help guide Guests through the Park; Disney Genie+ which is equivalent to the former FastPass system but now you have to pay; and the individual Lightning Lanes which are a la carte rides to skip the line for Disney’s most popular attractions.

I’ve tried the Parks with all of the Disney Genie features. Some features are excellent while others just seem to put a bad taste in my mouth.

With my family of four, Disney Genie+ at Disney World adds up at $15 per day, per Guest. Right off the bat, I have to ask myself if the Park experience is worth an additional $60 for the day on top of the already pricy tickets/annual passes? Then I have to ask myself when approaching popular attractions such as Avatar Flight of Passage, am I willing to spend an extra $50+ to let my family avoid a 3-hour wait?

The concept around skipping the standby line at a Disney Park is brilliant really and seemed to work well with the former FastPass system. But, now with the upcharge of Disney Genie+, stopping to think about the bank account is a real thing in the middle of a Disney Park.

What really has gotten to me however is the option to pay to skip the line to see Mickey and friends with the new character “sightings”.

Here’s the deal. Disney is not forcing me to pay the $60 for my family to skip the lines with Disney Genie+. That $60 for my family covers all Disney Genie+ selections, so I can use it throughout the day if attractions are available to reserve. Or I can happily wait in the standby line. The difficult part is knowing the massive benefit of having time on your side while in a Disney Park. The less you wait in line, the more you get to experience.

What’s hard however is when I do purchase Disney Genie+, taking the Lightning Lane and strolling past multiple families eager to see Mickey Mouse (that maybe weren’t able to pay the extra $60 for their family to see Mickey and other characters) without the extended wait. It’s Mickey Mouse… shouldn’t the playing field be level for all when it comes to Walt’s genius creation?

So, yes, I don’t personally like it. I don’t want to use the $15 Disney Genie+ option to see Mickey, Princesses, Olaf, etc. I feel like it pulls the magic of character experiences right out of the air.

And strangely enough, is Disney doing a good job of taking my money anyway? So, let’s say I don’t want to pay for Disney Genie+ to skip the line for Mickey and others. Is it worth dining at a character restaurant such as Chef Mickey’s?

Interestingly enough, my mind goes to yes, it’s worth the expense to pay to see Mickey in this way! Why? Chef Mickey’s is a character dining meal. It’s an expense anyone that has visited Disney in the past has always had to pay if they are looking for a character dining experience. You’re getting a great meal and you’re seeing characters go above and beyond the norm while you’re at it. Not just one or two, but a handful of characters as well. The value of the meal with the characters sprinkled on top is a worthy experience for my family.

But, when I’m a Disney theme park, I don’t want to feel like I’m being nickeled and dimed for experiences that are well… already supposed to be part of the overall Disney experience.

I want to have my moment with Mickey and friends just like everyone else. But why does it need to come with a feeling of reaching into the wallet to do so?