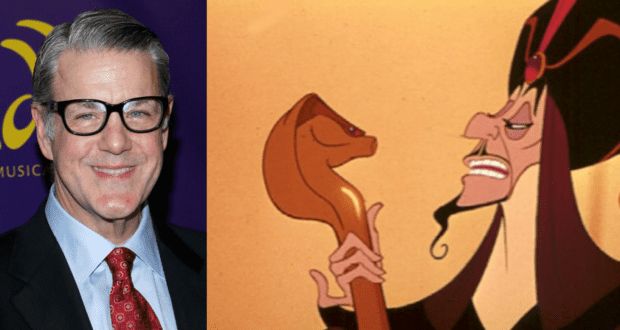 The name Jonathan Freeman should be etched in the walls of Disney Villan history. After bringing the conniving Jafar to life for Disney’s 1992 Animated Classic Aladdin, Freeman continued to voice the evil vizier. Then, he became one of the few actors to bring an animated character to life in person, by accepting the role of Jafar in Disney’s Broadway production of Aladdin in 2011. His stage run as the dastardly villain comes to an end on January 23, 2022. 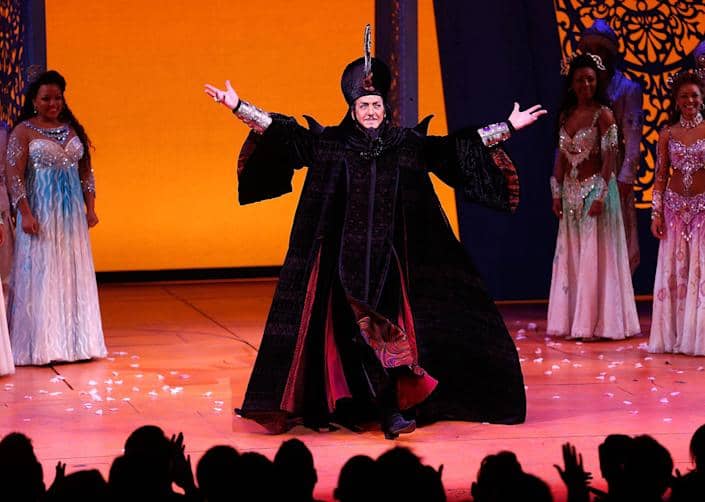 “I just feel like it’s time for me to do something else. All the elements sort of aligned into a place where I was like, ‘I think this is good to let somebody else have a crack at it.’ I used to be very territorial about it,” Freeman said, reflecting on his tenure with D23. “When they first mounted the production in Japan—and I’ve never expressed this to anybody out loud—I was a little frantic inside that suddenly there was going to be another Jafar. Then there was Jafar in Germany. Then there was Jafar in the U.K. Then there was a foreign and a national tour. All of a sudden, this character I had taken such good care of and taken such guardianship over for so many years was being splintered off. It’s crazy the way your mind works sometimes. I think I got over all of that.”

Freeman was originally expected to step away in February 2021 but extended his departure after Aladdin joined other Broadway shows in shutting down performances in reaction to the COVID-19 pandemic multiple times. 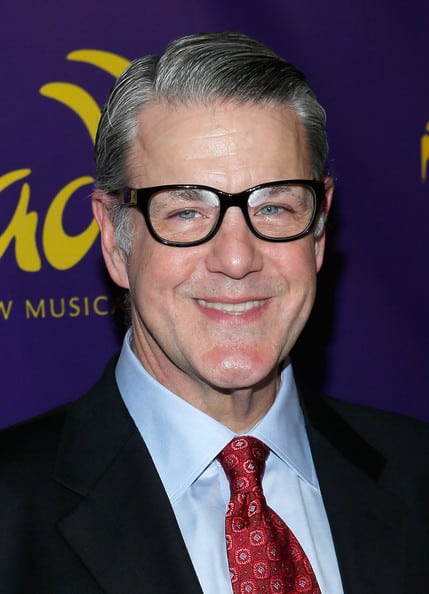 “I didn’t want to let go of all my work and my friends in the theater in the middle of the pandemic,” he said. “I thought that would be too sad.”

He returned to the stage of the New Amsterdam Theatre with the rest of the cast when Aladdin reopened in September 2021. Flashback ten years earlier, Freeman embodied Jafar when Disney’s soon-to-be-Broadway production first took to the stage in Seattle. He stayed with the show throughout its “try-out” runs and landed on The Great White Way with Adam Jacobs as the new Aladdin, Courtney Reed as the new Jasmine, and James Monroe Iglehard as Robin Williams’ Genie successor. 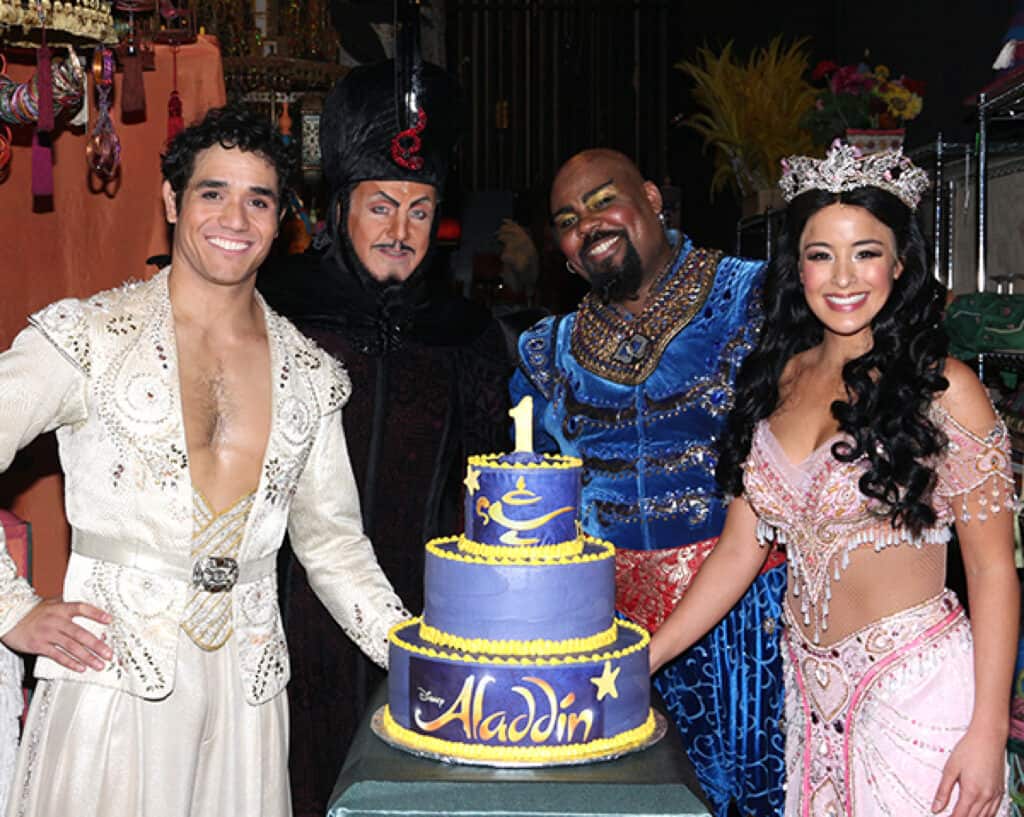 “I was very excited when Thomas Schumacher called me to say he was working on a plan to do a tryout in Seattle,” he said, “but I clutched at the very end and I thought, ‘Oh, maybe this is a terrible idea. What if I’m terrible in the show? Is all of my work since 1991 going to go down the toilet?… I was used to hearing what Aladdin sounded like when I was talking to him in the studio, but in this new stage version, everything was different. All of a sudden, I just had to get that this was a new experience and that it was going to be whatever it was going to be. I had lunch with [director] Casey Nicholaw one day, who said to me, ‘You have to get out of your own way.'”

And for the next several years, Freeman did just that–including while his role in Disney’s Live-Action movie was given to Marwan Kenzari instead. But now, it is time to hang up the cape and cobra staff, at least on stage. 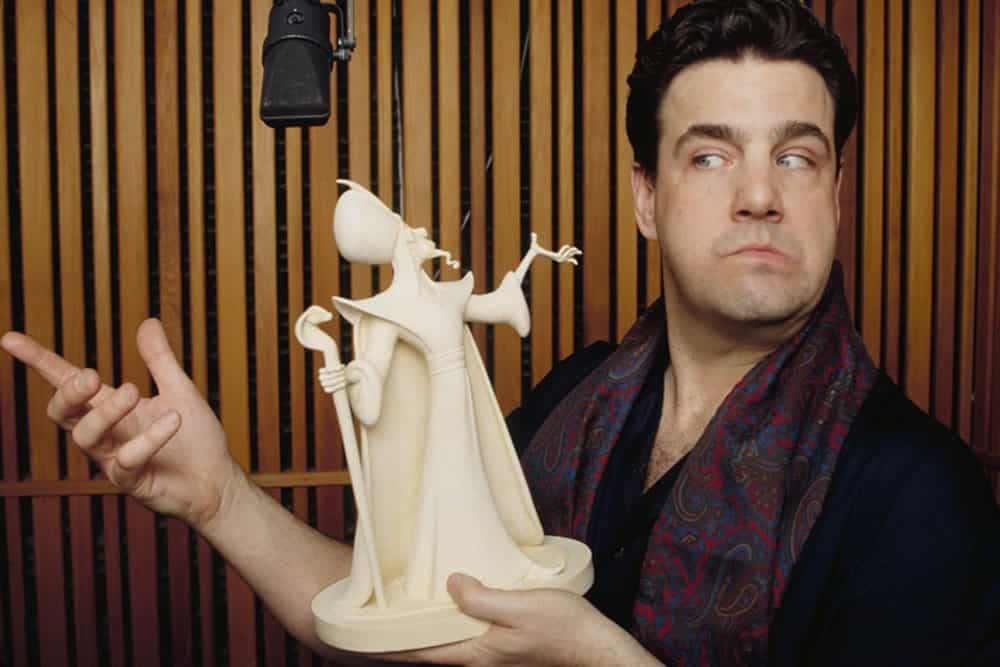 “There’s a certain finality to it,” he said. “I feel a little hopped up talking about it, a little more hyper than normal. Everything’s a little more heightened.”

“It’s just time. I’ll miss all of it,” he added, choking back tears. “Oh, it’s disgraceful to have to see a villain cry. Don’t make me do it!”

Freeman admitted that he always gravitated towards Disney Villains as a kid, and while he looks to start a new chapter Theatrically, he still plans to voice one of the most iconic Villains in the Disney Canon going forward. 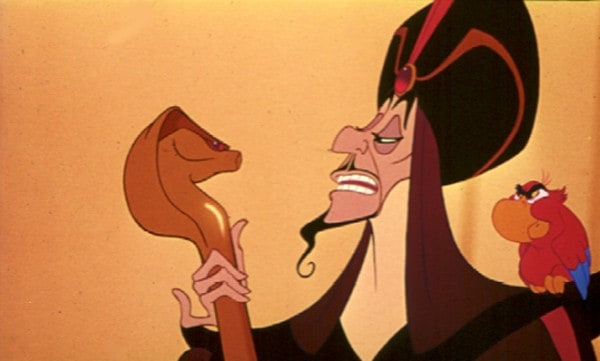