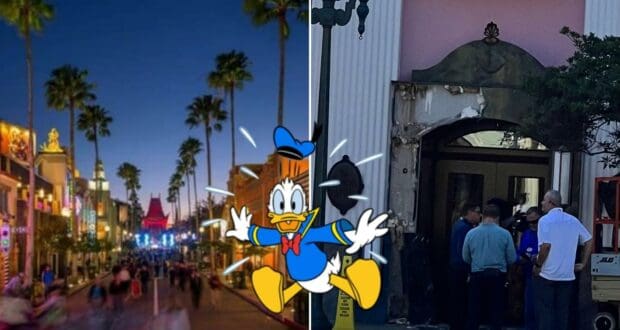 Just this morning, Hollywood Boulevard at the Walt Disney World Resort has been closed off due to the collapse of part of a store facade.

The Walt Disney World Resort in Central Florida is one of the best places in the world for a Disney vacation. Between the wonderful meet and greets with many a Disney Cast Member and character, the myriad rides and attractions that Guests frequent and love, and so much more, the Disney World experience epitomizes the Disney magic. 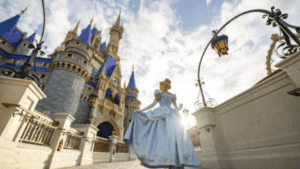 But sometimes, things do go awry even in the “Most Magical Place on Earth.”

As was reported, part of a storefront broke off in Walt Disney World’s Hollywood Studios. Twitter user Jason, @ozborn82, shared the news with a photo to accompany it:

Part of the store front has broken off #disneyworld #HollywoodStudios pic.twitter.com/4psKEogbgK

What we know so far is that something caused a chunk of the wall around a doorway to collapse at Keystone Clothiers, a popular store on Hollywood Boulevard near the entrance of Disney’s Hollywood Studios. The entry to the Disney Park was slightly backed up even 30 minutes after the Park opened, ostensibly due to this accident.

Due to this collapse, a large portion of Hollywood Boulevard was closed off, which meant that Guests had to navigate around this area to proceed to other sections of the Park. 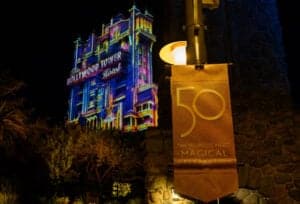 A part of the Keystone Clothiers facade (which replicates the historic Max Factor building in Los Angeles) seemed to have broken off its support structure. An entire light fixture from that side of the entrance also came down.

As seen in the photo shared on Twitter, multiple personnel and staff from Walt Disney World are working to figure out a workaround and solve the issue as the Theme Park continues its regular operations.

We at Disney Fanatic will continue to update readers on this and all other Disney news as it comes to light.