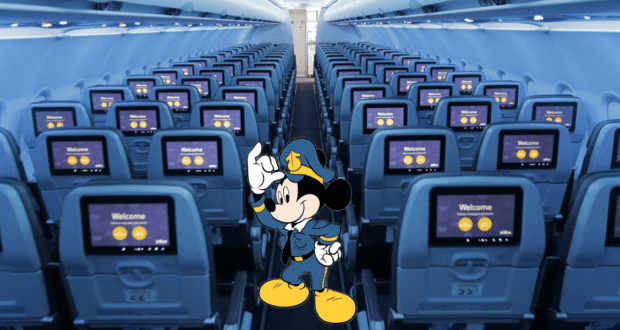 Depending on where you are venturing from within the continental United States, folks traveling to Walt Disney World Resort have various travel options open to them. Most, though, would agree that traveling by air via a major airline is the most convenient method to opt for. And these days, there are just so many different passenger planes to choose from, constantly transitioning from airport to airport and then touching down at either the Orlando International Airport, where the magic of a Walt Disney World vacation unofficially begins in most cases or even the Orlando Sanford International Airport.

Whether you’re the direct flight kind of traveler or one who doesn’t mind an overlay or plane change en route, it goes without saying that some airlines are just more popular for folks making the trip to Disney World than others. Here are seven of the most commonly chosen airlines among Walt Disney World vacationers.

Based in Miramar, Florida, Spirit Airlines is among one of the most popular picks for folks traveling to Orlando. But it also admittedly comes with its fair share of mixed reviews. For example, it is one of the top-rated suggestions for those looking to save money and can, more often than not, boast the cheapest ticket prices on any given date or holiday. It also primarily offers direct, nonstop flights, which is convenient indeed. On the flip side, however, many complain about the fact that the in-flight concessions they offer do not come complimentary, and any food or drinks offered to you must be purchased. Also, on a far more debatable note, folks traveling with children have sometimes stated that Spirit is a far-less kid-friendly airline when compared to others. But these reviews vary from person to person and really cannot be confirmed. 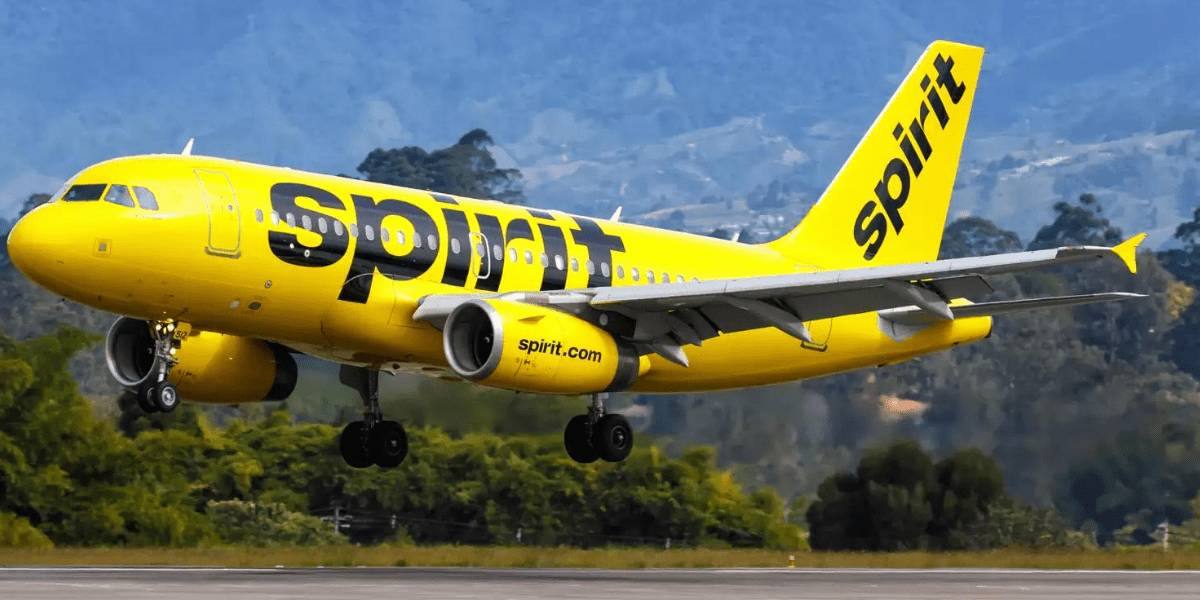 Headquartered in Denver, Colorado, Frontier is another budget airline boasting plenty of convenient direct, nonstop flights right into Orlando International Airport. What’s more, they offer a special DISCOUNT DEN travel club flyer program that adds even more cost-saving benefits and perks. One of these benefits even allows children 14 years old and younger to fly for free on qualifying flights, however, in following suit with other budget airlines, Frontier Airlines charges for in-flight snacks and beverages—one of the only catches and potential compensations for their otherwise amazing prices.

On a fun note, other tidbits for which Frontier Airlines garners praise include the fact that they average 43 percent fuel savings in comparison to other domestic airlines based in the United States. They’re also committed to preserving animals and wildlife throughout North America. You’ll even see a different animal featured on the tail of every aircraft! 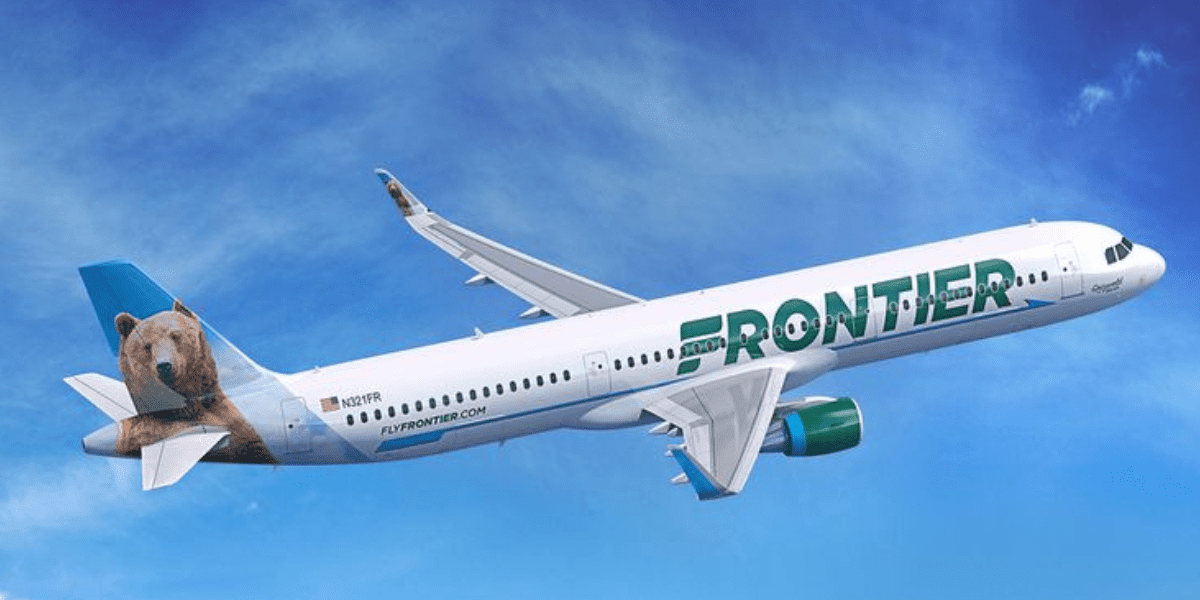 Related: Air Passengers onboard flight bound for Orlando had to practice patience as a newborn baby was simply unable to wait

Here’s a longtime familiar name in the airline industry with a history that goes as far back as the 1920s. And it’s been one of the many top-rated go-to flights picks for those venturing to Disney destinations all throughout the United States, including Disneyland Resort and Aulani, in addition to Walt Disney World Resort.

Folks who frequently choose to fly United do so for a number of reasons spanning from their numerous standout attributes. Among some of their most praiseworthy points are the inflight comforts they provide all around. From spacious seating with better legroom that many other airlines can’t compete with to complimentary food and drink offerings along the way. There’s even inflight Wi-Fi and available entertainment as well.

Costs may be debatable, depending on when and where you travel. But for those with any existing packages in place, there can be some pretty excellent deals if you play your cards right. It should also be noted that nonstop, direct flights cannot always be counted on. Still, for everything else you get, many folks do not count this as a setback at all. 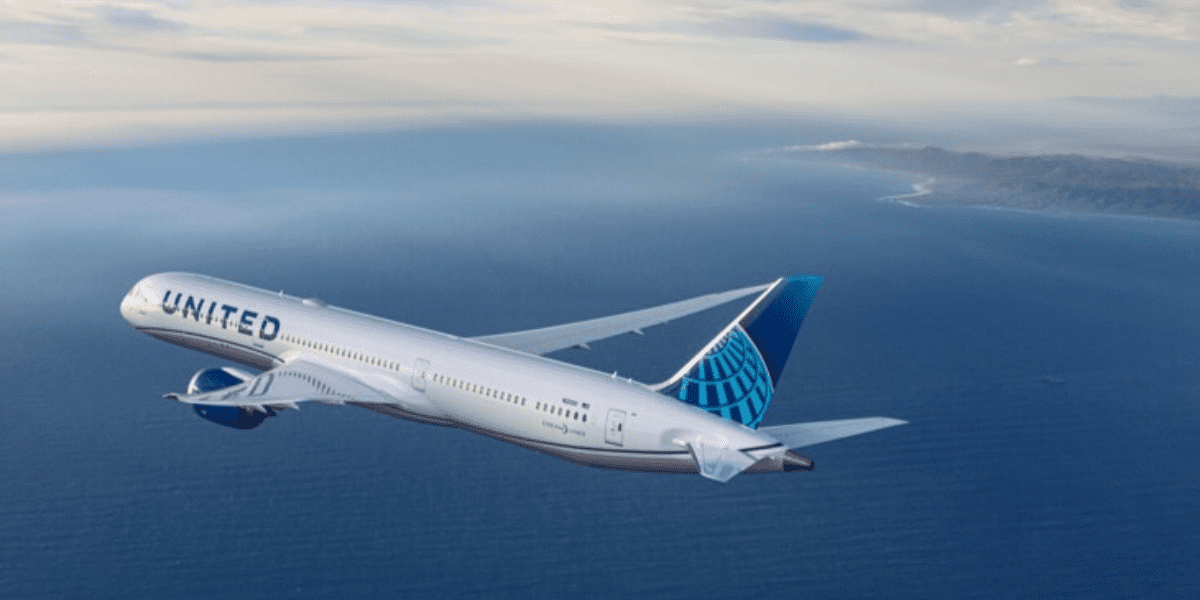 Here is another trusty airline that’s been around for a while. Based in Fort Worth, Texas, American Airlines is the largest airline in the world, when you consider fleet size, passengers carried, and revenue passenger mile.

While this remains one of the most popular picks with folks traveling to Disney World via southern states, in particular, those from all over the nation have plenty of good things to say about it as well. But as it is to be expected, it too comes with some mixed reviews also. For instance, many have reported significant issues with their customer service not being up to par with other airlines. From miscommunication in fees, pricing, baggage, and other misunderstandings, there is a broad range of complaints that have been brought up over the years.

Because it is a major airline, pricing can admittedly be an issue at times, depending on when and where you are booking your flight. And again, you can’t necessarily count on getting what you want if you’re looking for nonstop direct flights into Disney World. There are some discounts that may be utilized accordingly, however, particularly if you’re trying to redeem AAdvantage miles through their existing MileSAAver. Additionally, passengers have the unique option to pick seats for an additional fee. Some consider this to be advantageous.

Inflight perks and services include both entertainment as well as complimentary snacks and beverages for any who were wondering. 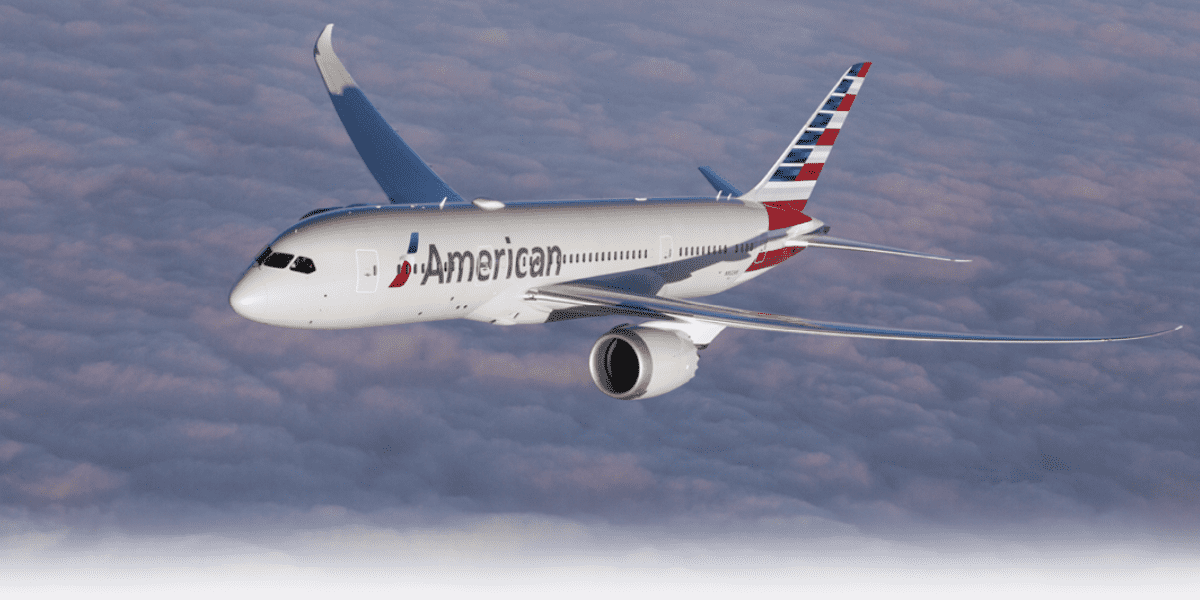 In continuing on with antiquated airlines with long-lasting legacies and reputations, there is this classic airline of well-known acclaim. Founded in 1925, Delta stands out as one of the world’s oldest, continuously operating airlines. It also has a longtime association with the Walt Disney Company and remains a popular pick for folks flying to both Disneyland and Disney World to this day.

As far as quality, service, and overall impeccability across the board go, Delta stands out as an ideal airline pick for so many reasons. While there are hardly any negative reviews or reports as far as in-flight experiences go, one of the only complaints that ever come to light about Delta is, of course, the pricing. But that’s understandable when you consider all that they offer, between inflight entertainment, complimentary food and drink, a wonderful timeliness record for flight arrivals and departures, customer service, and everything else. It’s also again worth mentioning that getting a nonstop, direct flight can pose a bit of a challenge.

When all is said and done, however, many loyal patrons agree that all the extra costs accrued when choosing Delta are all entirely worth it. And it remains a preferred go-to for Disney fans all over the United States to opt for. 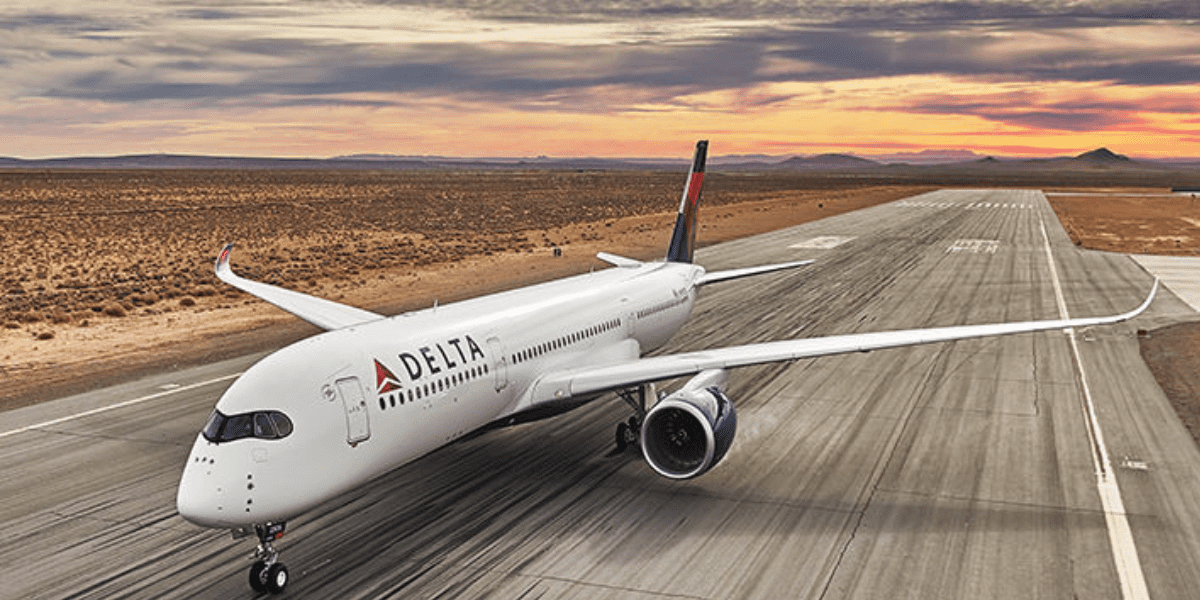 Related: Disney+ content will be streamable via in-flight entertainment on Delta Airlines

Founded in 1998, JetBlue may be a significantly younger low-cost airline contender in the game of affordable airline flight offerings, but it’s already the seventh-largest airline in the North American continent based on passengers carried. And for folks looking to save money with some pretty remarkable deals without sacrificing in-flight compliments in the way of food and drink (and even alcohol options), JetBlue may be just the answer.

In addition to comfortable, varied seating options, some of their other standout features include the option for same-day switches and even letting you check your first two bags for free. And for those who are looking for nonstop, direct flights into Orlando airports, JetBlue offers several of those as well. The only catch, however, is that some of their flight times can sometimes be a little inconvenient. For instance, if you are a person hoping to make it to Disney World early in the day, flying JetBlue may not fit into your plans as well as you would have hoped. Aside from that, there really isn’t anything else to complain about when considering JetBlue. 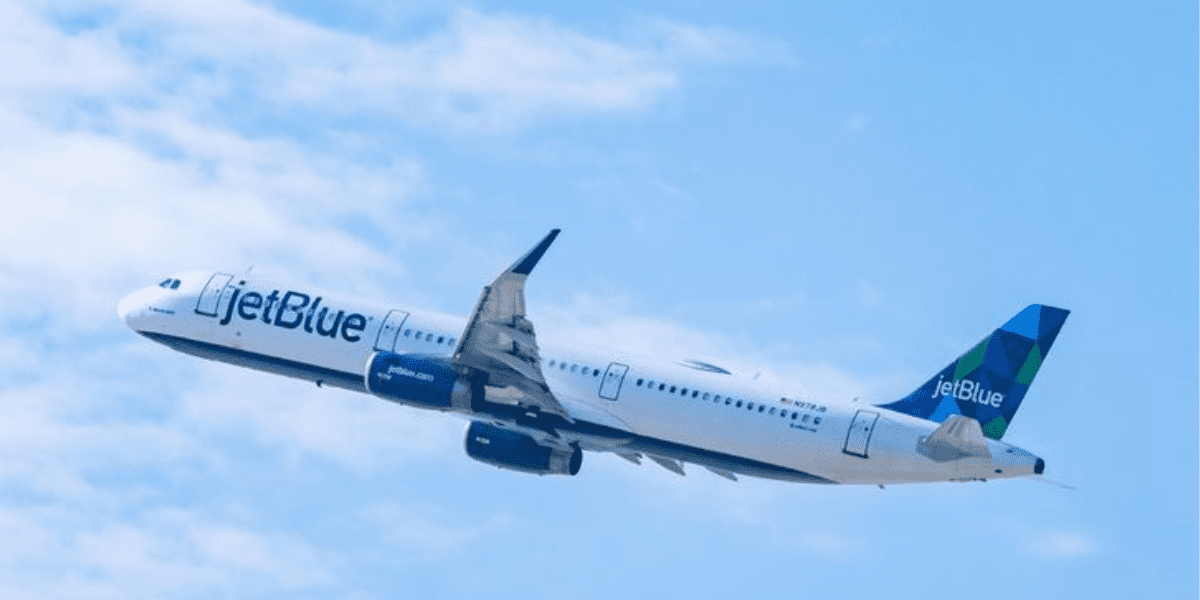 Here you have what is currently, hands down, the most popular pick for folks flying into Orlando airports to begin their Walt Disney World venture. Founded in 1967 and headquartered in Dallas, Texas, Southwest is one of the largest low-cost carriers in the world. They service over 121 destinations in the United States as well as 10 other countries.

Because they are one of the most widely utilized airline carriers, you have a pretty robust toss-up of praise and complaints to go around. But even those complaints aren’t enough to detract from the ones making them from still opting for Southwest, in most cases. Among some of their more positive pointers is the fact that they offer two free checked bags in addition to allowing passengers one carry-on and purse/small bag. They’ve also been known to give back pricing credits in the event that the cost of a flight decreases.

While crediting and compensating for decreased rates says a lot about customer service and commitment, it begs the question of whether or not the ticket prices aren’t already a little too high for some folks. But when it comes right down to it, the benefits do seem to outweigh what some would consider a pricey compromise, especially when you consider their inflight services, complimentary concessions, and the fact that they offer a profuse array of nonstop, direct flights to choose from. 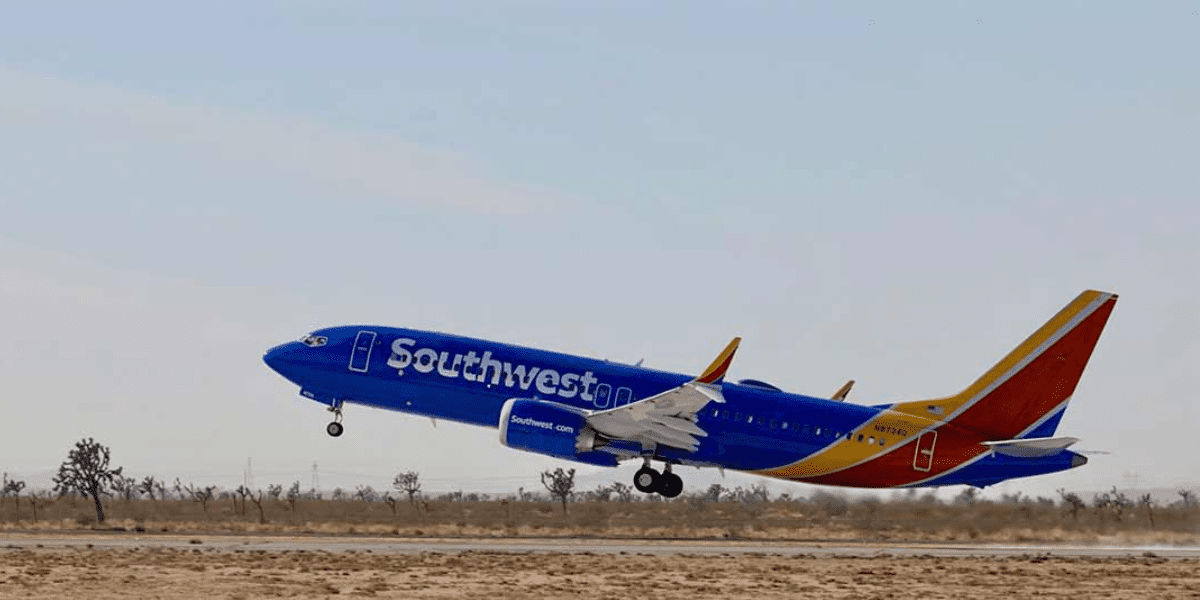 Related: Southwest Airlines has an exciting offer that lets a Disney Fan travel to the Disney Parks and take a friend for free.

Every potential passenger on any given domestic flight flying to Orlando has their own unique wants and needs, whether its pricing or a good deal, perks and inflight features or something else entirely, what is essentially important to a person must rightfully be evaluated and then taken into consideration when initially choosing which flight fits the bill just right for beginning and concluding your magical Walt Disney World vacation.