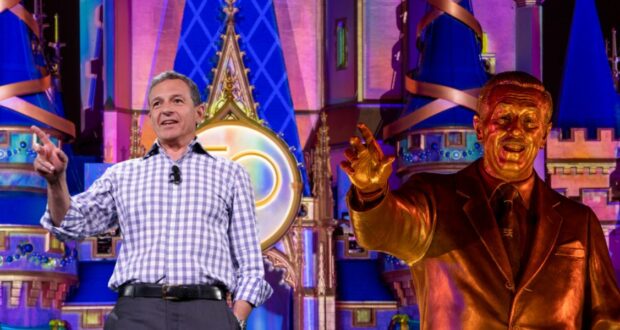 November 20, 2022, will be a day long remembered by Disney Cast Members and fans. Not only did The Walt Disney Company remove CEO Bob Chapek, but it brought back the previous Disney CEO titan, Bob Iger.

The shocking news is still being felt a week later as Disney fans celebrate Chapek’s removal, with restaurants offering free treats and an overall sense of optimism finally surrounding all things Disney.

Disney CEO Bob Iger has made it clear that he is thrilled to be back as he works to clean up the several missteps taken by Chapek.

Iger isn’t wasting time in his returning role as CEO. Not only have we heard rumors of the removal of the Disney Park Reservation System, but we’ve seen the first-ever discount offered at Disney’s high-price hotel experience, Star Wars: Galactic Starcruiser.

Iger’s first tweet since returning as Disney CEO was on Thanksgiving Day, and he plans to hold a town hall meeting for all Cast Members on Monday, November 28.

But, with the arrival of the Iger comes the much-needed shake-up of The Walt Disney Company. We say Chapek’s exit on November 20, 2022. Just a day later, on Monday, November 21, 2022, Kareem Daniel, the Chairman of Disney Media and Entertainment Distribution and Chapek’s right-hand man, left the company.

RELATED: What to do with Josh D’Amaro? Disney Fans Discuss Disney Parks Chairman

Now, we’ve learned the shakeup continues with the exit of the next Disney Executive, Arthur Bochner.

According to a report, after nine years with the company, Arthur Bochner has exited as of November 25, 2022. The report notes, “Bochner’s exit is probably not much of a surprise, given that he had been behind much of former Disney CEO Bob Chapek’s messaging as the leader’s speechwriter.”

Bochner was first Chapek’s Chief of Staff until he was moved to Vice President of Strategic Communications during the height of Chapek’s involvement in controversies such as the response of Florida’s Parental Rights in Education Bill (known as the “Don’t Say Gay” Bill) and Chapek’s remarks on Disney’s Q3 earnings call.

We will continue to keep Disney Fanatic readers updated as we learn more about what’s to come for The Walt Disney Co with Bob Iger’s recent return.

2022-11-26
Jamie Sylvester
Previous: Popular Domestic Airlines to Choose When Flying to Disney World
Next: Disney Employees “Light up the Land” for the Holidays